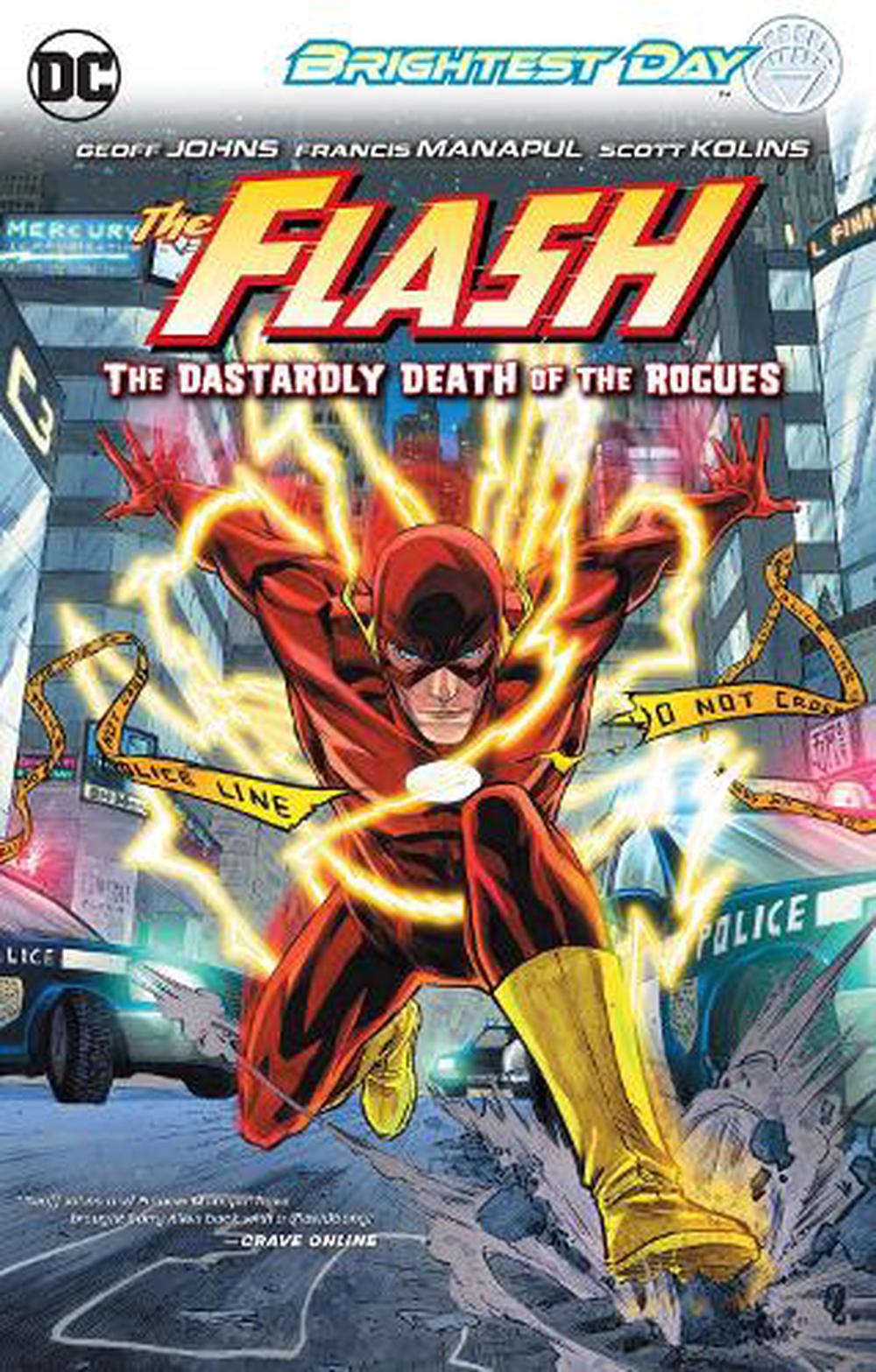 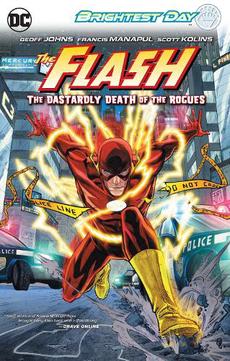 The Flash races out of BLACKEST NIGHT and into the first graphic novel collection of his new monthly title written bycomics hottest writer Geoff Johns (BLACKEST NIGHT, GREEN LANTERN). The all-new adventures of The Fastest ManAlive start with ""Case One- The Dastardly Death of the Rogues!"" Barry Allen, The Flash, runs back to his life in Central City, but when one of the Rogues turns up murdered under mysterious circumstances, it's up to The Fastest Man Alive to not onlysolve this bizarre crime, but protect those that are still targeted by the elusive killer. This storyline ties directly into BRIGHTEST DAY, the direct follow-up to the biggest comics event of 2009, BLACKEST NIGHT.

Born in 1973, Geoff Johns is Detroit native who brings a Hollywood sense of storytelling to comics. After working as an assistant to Richard Donner (director of "Lethal Weapon, Superman: The Movie," and many other great films), Geoff has brought his considerable writing talent to comics. One of the most prolific and popular writers in comics today, he is currently writing "JSA, Teen Titans," and "Flash" for DC. Johns' work revitalized "Hawkman" after a checkered history and brought new life into the "JSA" title, featuring many of DC's heroes from the Golden Age. His new version of the "Teen Ti