ISBN: 9781401227555
ANNOTATION:
Bestselling writer Johns revitalizes Green Lantern and sets the stage for "Blackest Night" in this collection of issues #1-6. Longtime readers will thrill at seeing one of the DC Universe's best mythologies begin to return to its former glory.—"The Washington Post." 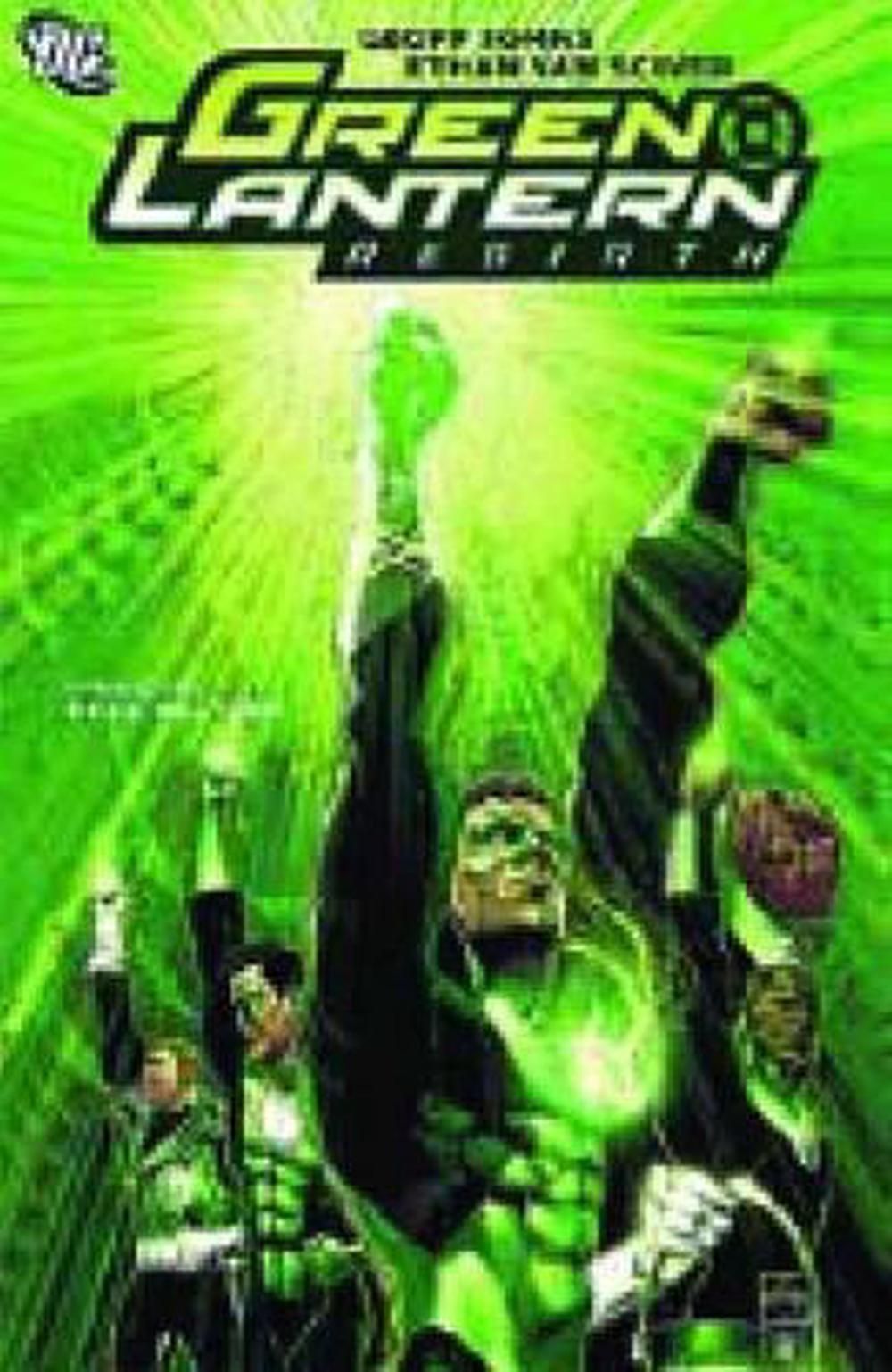 OTHER FORMATS:
ISBN: 9781401227555
ANNOTATION:
Bestselling writer Johns revitalizes Green Lantern and sets the stage for "Blackest Night" in this collection of issues #1-6. Longtime readers will thrill at seeing one of the DC Universe's best mythologies begin to return to its former glory.—"The Washington Post."

Bestselling writer Johns revitalizes Green Lantern and sets the stage for "Blackest Night" in this collection of issues #1-6. Longtime readers will thrill at seeing one of the DC Universe's best mythologies begin to return to its former glory.—"The Washington Post."

The sold out 6-issue miniseries event of 2004-2005 written by Geoff Johns (BLACKEST NIGHT, TEEN TITANS) with art by Ethan Van Sciver and Prentis Rollins is available in this new edition, complete with the preview story from Wizard Magazine as well as a number of extras previously only available in ABSOLUTE GREEN LANTERN- REBIRTH! Hal Jordan was considered the greatest Green Lantern of them all. But Jordan lost control, allowed himself to be corrupted and transformed into the villainous Parallax. Later, Jordan reappeared and made the ultimate sacrifice a sacrifice that allowed him to become the Spectre, the Wrath of God. After several years of activity on Earth, The Spectre became restless and sought a way to prove himself worthy of that noble reputation. See how a man born without fear and seeking to rebuild his life, puts cosmic forces into motion that will have repercussions not only on Earth but across the universe. This volume sets up the events of BLACKEST NIGHT and revitalized Green Lantern as one of the most important heroes of the DCU!

Born in 1973, Geoff Johns is Detroit native who brings a Hollywood sense of storytelling to comics. After working as an assistant to Richard Donner (director of "Lethal Weapon, Superman: The Movie," and many other great films), Geoff has brought his considerable writing talent to comics. One of the most prolific and popular writers in comics today, he is currently writing "JSA, Teen Titans," and "Flash" for DC. Johns' work revitalized "Hawkman" after a checkered history and brought new life into the "JSA" title, featuring many of DC's heroes from the Golden Age. His new version of the "Teen Ti

"Readers will thrill at seeing one of the DC Universe's best mythologies begin to return to its former glory"--THE WASHINGTON POST "Rebirth was a smash serialized; the collected edition should be equally popular."--Booklist "This is comic book storytelling at its absolute finest."--IGN "An epic blockbuster ."--GREEN LANTERN, CNN Best Comic Book of 2007