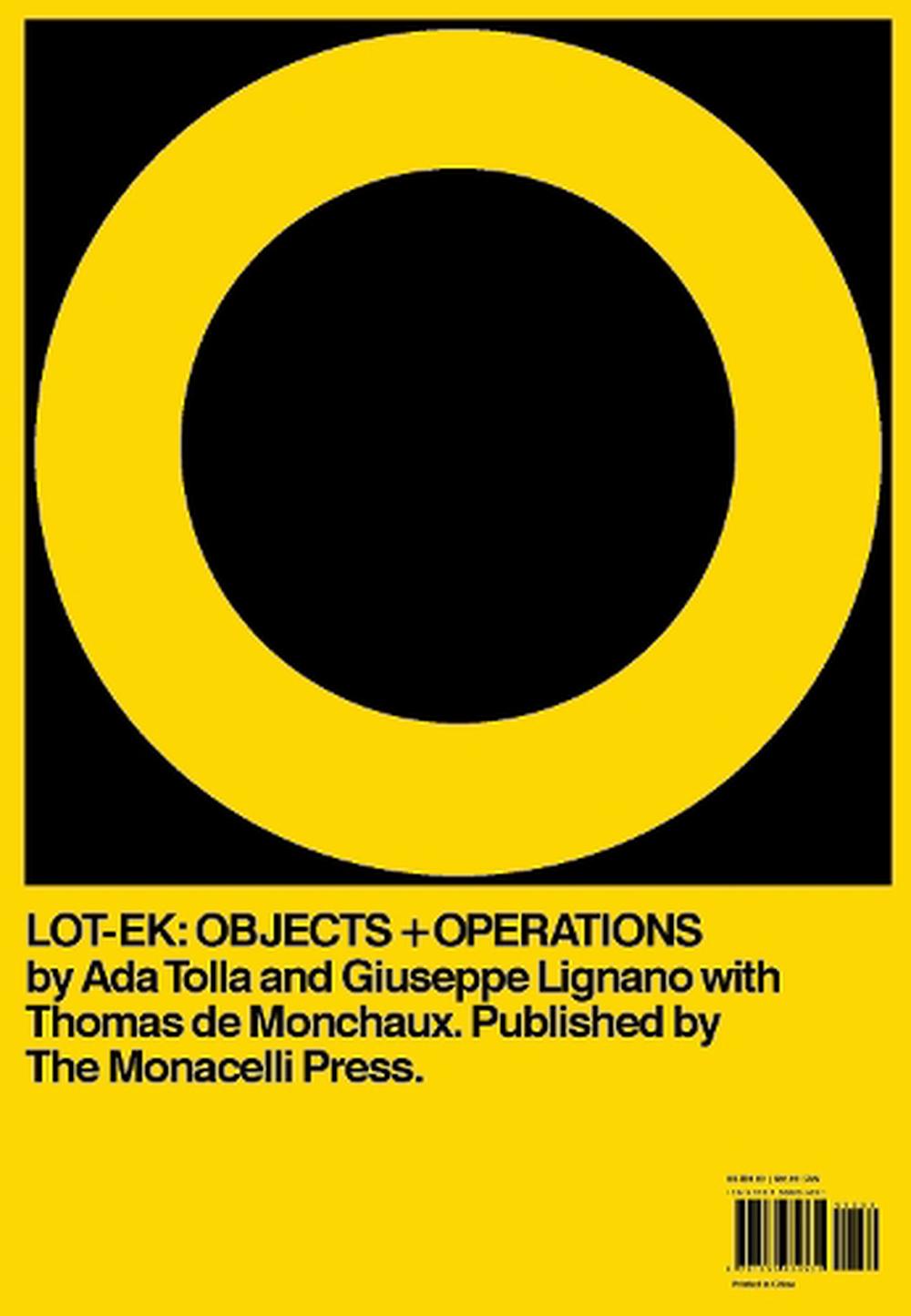 LOT-EK is a New York-based architecture practice whose primary design materials are the building blocks of the industrial economy. LOT-EK?s approach to design begins with technology and products whose original purposes were not architectural. In looking at what is behind and underneath urban systems, they find durable and combinable forms for the design of the future- air-conditioners, airplanes, antennas, billboards, and tunnels; boats, booths, coils, cranes, ducts, lifts, lights, stacks, shacks, sheds, and trucks; packaging, parking, plumbing, scaffolding, shipping containers, and tanks.In exploring the industrial vernacular-the unoriginal, ugly, and boring-they create design that is singular, dramatic, and luxurious. Theirs is a transformative architecture- instead of the vain inefficiency of generating expressive forms and adapting material systems to excessive requirements, LOT-EK finds ways to radically customize, combine, and co-opt existing forms, assemblies, and structures. As innovative practitioners of ?upcycling? (adapting a product for a purpose beyond its original manufacture), they create designs that are evolutionary and economical for an era when reuse is more urgent than ever.LOT-EK- OBJECTS + OPERATIONS surveys not just the increasingly complex and global projects by this firm-from Momofuku Milk Bar?s first retail store to open in New York City in 2016 to residential developments in Johannesburg, South Africa-but the techniques and tactics (operations) that the firm uniquely deploys. A buoyant celebration of how machine aesthetics can inform enriching and deeply humanistic architecture, LOT-EK- OBJECTS + OPERATIONS is a document of this firm?s commitment to designing for tomorrow using the industrial vocabulary of today.

LOT-EK is an award-winning architectural design studio based in New York and Naples, Italy. Founded in 1993 by Ada Tolla and Giuseppe Lignano, LOT-EK has been involved with commercial, institutional, and residential projects globally. In addition, LOT-EK has conceived and executed exhibition design and site-specific installations for major cultural institutions and museums, including MoMA, the Whitney Museum, the Walker Art Center, and the Guggenheim.Ada Tolla and Giuseppe Lignano received Masters Degrees in Architecture and Urban Design from the Universita? di Napoli, Italy (1989) and post-graduate degrees from Columbia University (1990-1991). Besides heading their professional practice, they also teach at Columbia University?s Graduate School of Architecture, Planning and Preservation in New York, and have taught at the Massachusetts Institute of Technology?s Graduate Department of Architecture and the Parsons School of Design. They also lecture at major universities and cultural institutions throughout the US and abroad. In December 2011, Ada and Giuseppe were recognized as USA Booth Fellows of Architecture & Design by United States Artists (USA).

"LOT-EK founders Ada Tolla and Giuseppe Lignano show a commitment to the industrial nonaesthetic with this book-as-manifesto. The bold type, brash color, and black-and-white photos underscore their partnership as 'a design practice that believes in being unoriginal, ugly, and cheap.'" --Architectural Record "The book itself is visually compelling... It closely examines a variety of 21st-century projects, with each example featured on the left-hand page and a detailed photo from their URBANSCAN project on the right-hand page. The result is a book that moves seamlessly between a macro and micro view of their design philosophy as it applies to transforming discarded materials into functional properties." --Dwell

"Catalogued in LOT-EK: Objects + Operations (The Monacelli Press), the firm's second monograph, are projects composed of upcycled materials--largely the shipping-container works that LOT-EK is known for. Such structures present the possibility that perhaps humanity's discarded innovations can save us from the very problems we created." --Surface magazine

"Coursing through it all are wry and wise ideas (high and low, folksy and academic) as well as homages to artists, designers, architects, and novelists on pages made of stiff cardboard--a fitting base for showcasing substantial work with a healthy dose of slapstick in the process." --ARTnews

"Best known for their myriad buildings carved from shipping containers, this long-overdue showcase reveals them as considerably more versatile and eclectic than their shipping-container reputation would indicate. They describe themselves as designers of 'tough beauty.' Think of an architectural version of The Clash. Refined grit and spit. With a sense of humor..." --ArchNewsNow

"More than merely building spaces using unexpected materials, Ada Tolla and Giuseppe Lignano are able to draw unimagined elegance from that which the world has flatly deemed 'ugly' ...from residential and commercial spaces to cultural facilities and exhibition halls, they're adored for their ability to produce beauty by focusing on places others don't even see." --Casa Brutus magazine