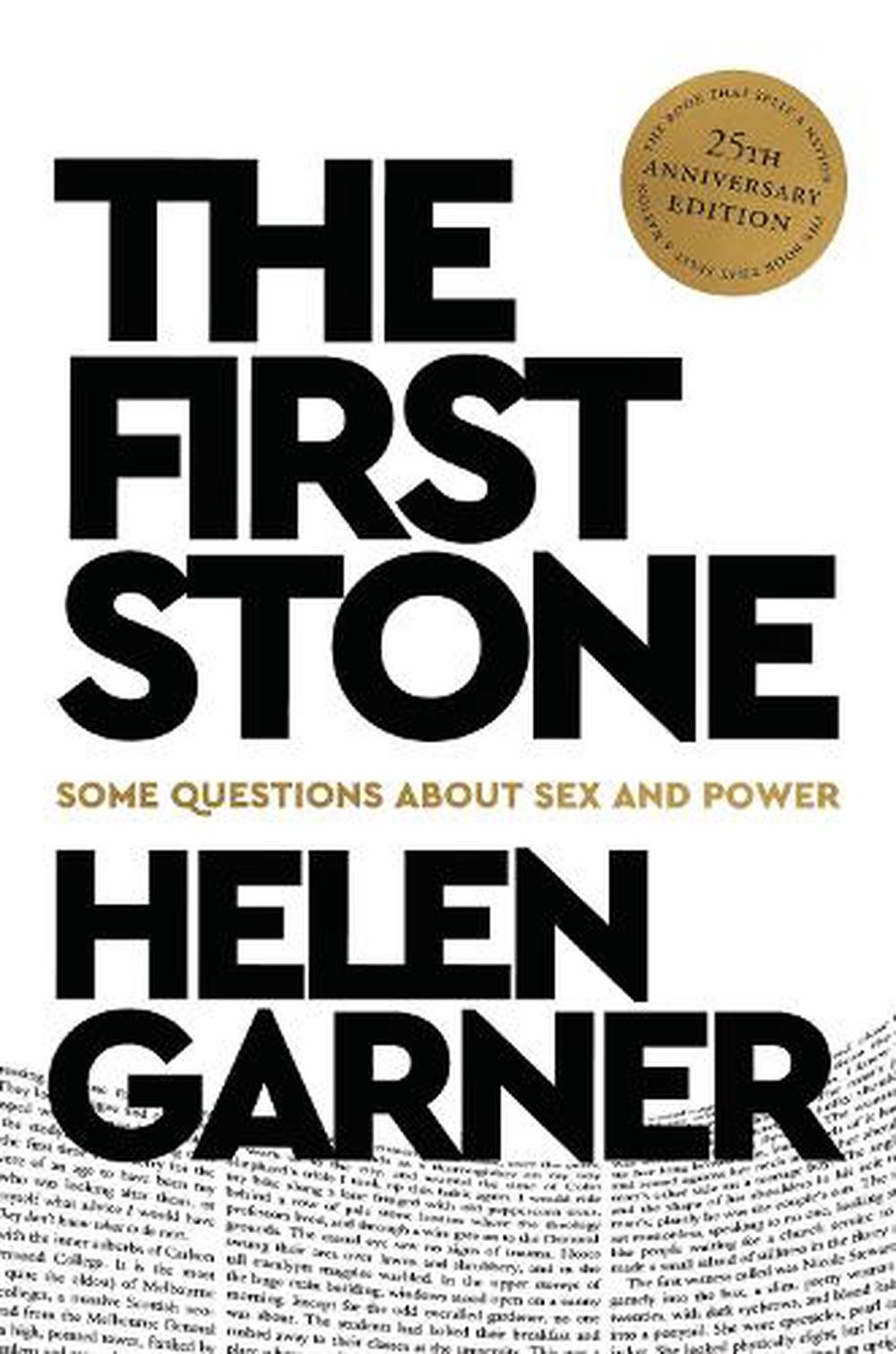 The book that split a nation: Helen Garner's The First Stone, reissued in an updated edition twenty-five years after first publication.

In the autumn of 1992, two young women students at Melbourne University went to the police claiming that they had been indecently assaulted at a party. The man they accused was the head of their co-ed residential college.

The controversial book that Helen Garner wrote about the resulting Ormond College sexual harassment case caused a social media storm. Prominent feminists were outraged at Garner's perceived support for the man involved, but many saw her approach a necessary and much welcome nuance towards the power dynamic between men and women. Either way, The First Stone sparked a raging debate about sexual harassment in Australia, making it easy to see why even now, twenty-five years on, the book is no less sharp. no less relevant, and no less divisive.

This new edition coinciding with the twenty-fifth anniversary of release, contains a foreword by Leigh Sales and an afterword by Garner's biographer, Bernadette Brennan. It also reprints David Leser's original 1995 Good Weekend interview with Helen Garner, and her own 1995 address 'The Fate of The First Stone'.

'This was never going to be an easy book to write, its pages are bathed in anguish and self-doubt, but suffused also with a white-hot anger.' Good Weekend

'Garner has ensured one thing: the debate about sexual harassment . . . will now have a very public airing. And it will have it in the language of experience to which all women and men have access.' The Age

'This is writing of great boldness. . . an intense, eloquent and enthralling work.' The Australian

'Travelling with Garner along the complex paths of this sad story is, strangely enough, enjoyable. The First Stone [is] a book worth reading for its writing...' Sydney Morning Herald

Helen Garner writes novels, stories, screenplays and works of non-fiction. In 2006 she received the inaugural Melbourne Prize for Literature, and in 2016 she won the prestigious Windham-Campbell Prize for non-fiction and the Western Australian Premier's Book Award. In 2019 she was honoured with the Australia Council Award for Lifetime Achievement in Literature. Her books include Monkey Grip, The First Stone, True Stories, My Hard Heart and The Feel of Steel. She lives in Melbourne.