H is for Hawk (The Birds and the Bees)

PUBLISHED: 5th May 2016
ISBN: 9781784871109
ANNOTATION:
The Birds and the Bees series was designed for Vintage Classics by Timorous Beasties, the Scottish studio famous for their designs inspired by the natural world. As a child, Helen Macdonald was determined to become a falconer. 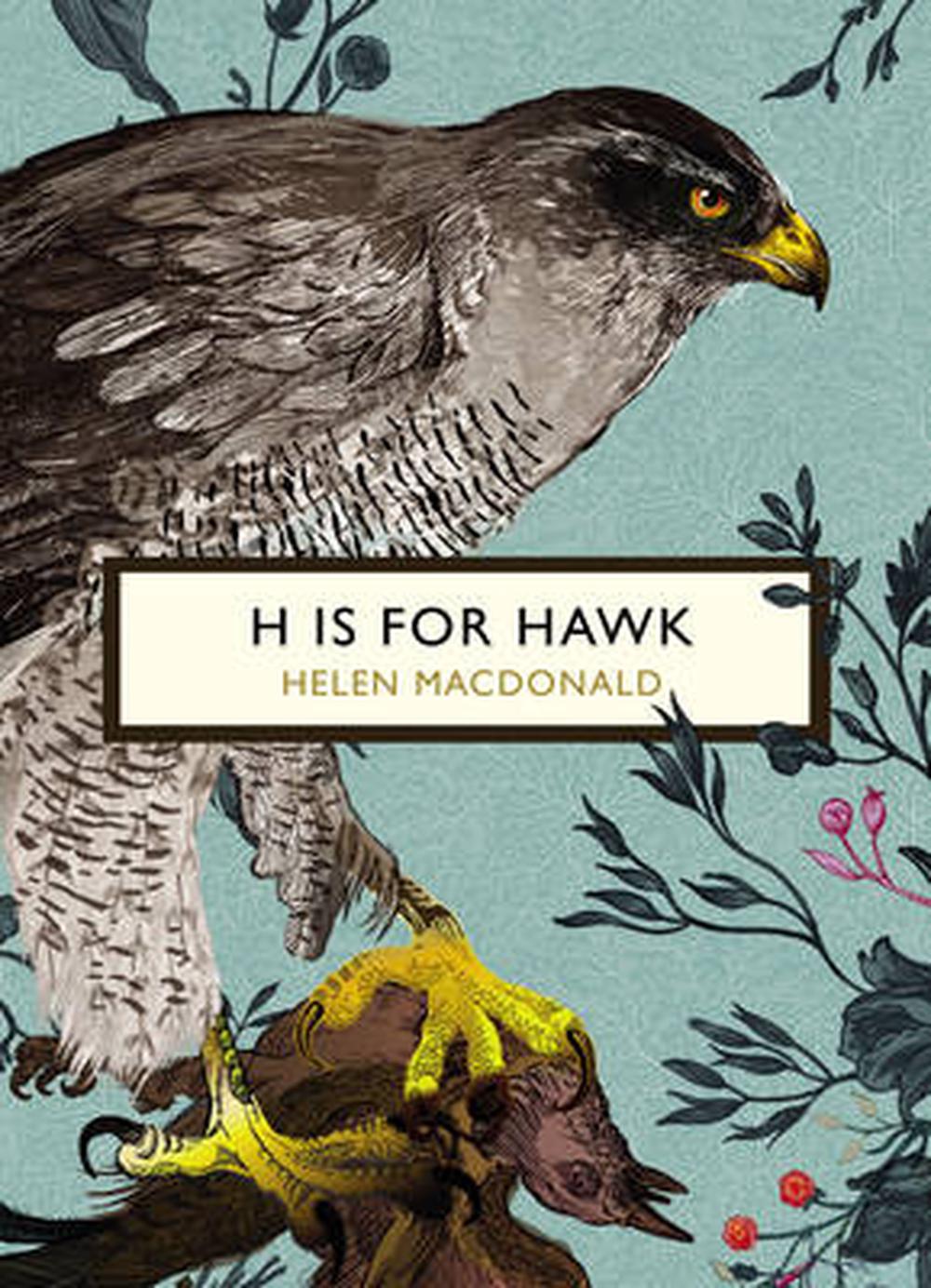 OTHER FORMATS:
PUBLISHED: 5th May 2016
ISBN: 9781784871109
ANNOTATION:
The Birds and the Bees series was designed for Vintage Classics by Timorous Beasties, the Scottish studio famous for their designs inspired by the natural world. As a child, Helen Macdonald was determined to become a falconer.

The Birds and the Bees series was designed for Vintage Classics by Timorous Beasties, the Scottish studio famous for their designs inspired by the natural world. As a child, Helen Macdonald was determined to become a falconer.

The Birds and the Bees series was designed for Vintage Classics by Timorous Beasties, the Scottish studio famous for their designs inspired by the natural world.

As a child, Helen Macdonald was determined to become a falconer. Years later, when her father died, she became obsessed with the idea of training her own goshawk. She bought Mabel for e800 on a Scottish quayside and took her home to Cambridge, ready to embark on the long, strange business of trying to train this wildest of animals. Her story is an unflinchingly honest account of Macdonald's struggle with grief during the difficult process of the hawk's taming and her own untaming.

WINNER OF THE 2014 SAMUEL JOHNSON PRIZE

Helen Macdonald is a writer, poet, naturalist and historian of science. Her book H is for Hawk won many prizes, including the Samuel Johnson Prize for Non-Fiction, the Costa Book of the Year, the Prix du Meilleur Livre Etranger in France, and in the US was shortlisted for the National Book Critics Circle Award. She is a frequent contributor to the New York Times Magazine, and lives in Suffolk.

MacDonald's prose is poetic, forensic, yet often capable of quickening the pulse. Her lexicon...is vivid and joyous, soaring as freely as birds do. -- Benjamin Myers New Scientist It is a mark of Macdonald's achievement that so exultant a book can resolve itself in a sense of failure, yet leave the reader as uplifted as a raptor riding on a thermal. -- Philip Hoare New Statesman Nature-writing, but not as you know it. Astounding. Bookseller Captivating... There is a highly polished brilliance to her writing. The English-speaking world has an old passion for books about creatures and captivating companions ... Helen Macdonald looks set to revive the genre. -- Guardian Mark Cocker [Macdonald's] descriptive writing, startlingly and devilishly precise...is only the half of it. She has written her taming of Mabel like a thriller, slowly and carefully cranking the tension is that your stomach and heart leap queasily towards each other... Captivates. -- Rachel Cooke Observer I can't remember the last time a book made me feel so many different things in such quick succession. -- Rachel Cooke Guardian I'm convinced it's going to be an absolute classic of nature writing. -- Nick Barley Guardian H is for Hawk is a dazzling piece of work: deeply affecting, utterly fascinating and blazing with love and intelligence... The result is a deeply human work shot through...with intelligence and compassion... I will be surprised if a better book than H is for Hawk is published this year. -- Melissa Harrison Financial Times This beautiful book is at once heartfelt and clever in the way it mixes elegy with celebration: elegy for a father lost, celebration of a hawk found - and in the finding also a celebration of countryside, forbears of one kind and another, life-in-death. At a time of very distinguished writing about the relationship between human kind and the environment, it is immediately pre-eminent. -- Andrew Motion It just sings. I couldn't stop reading. -- Mark Haddon