Tortures of the Damned 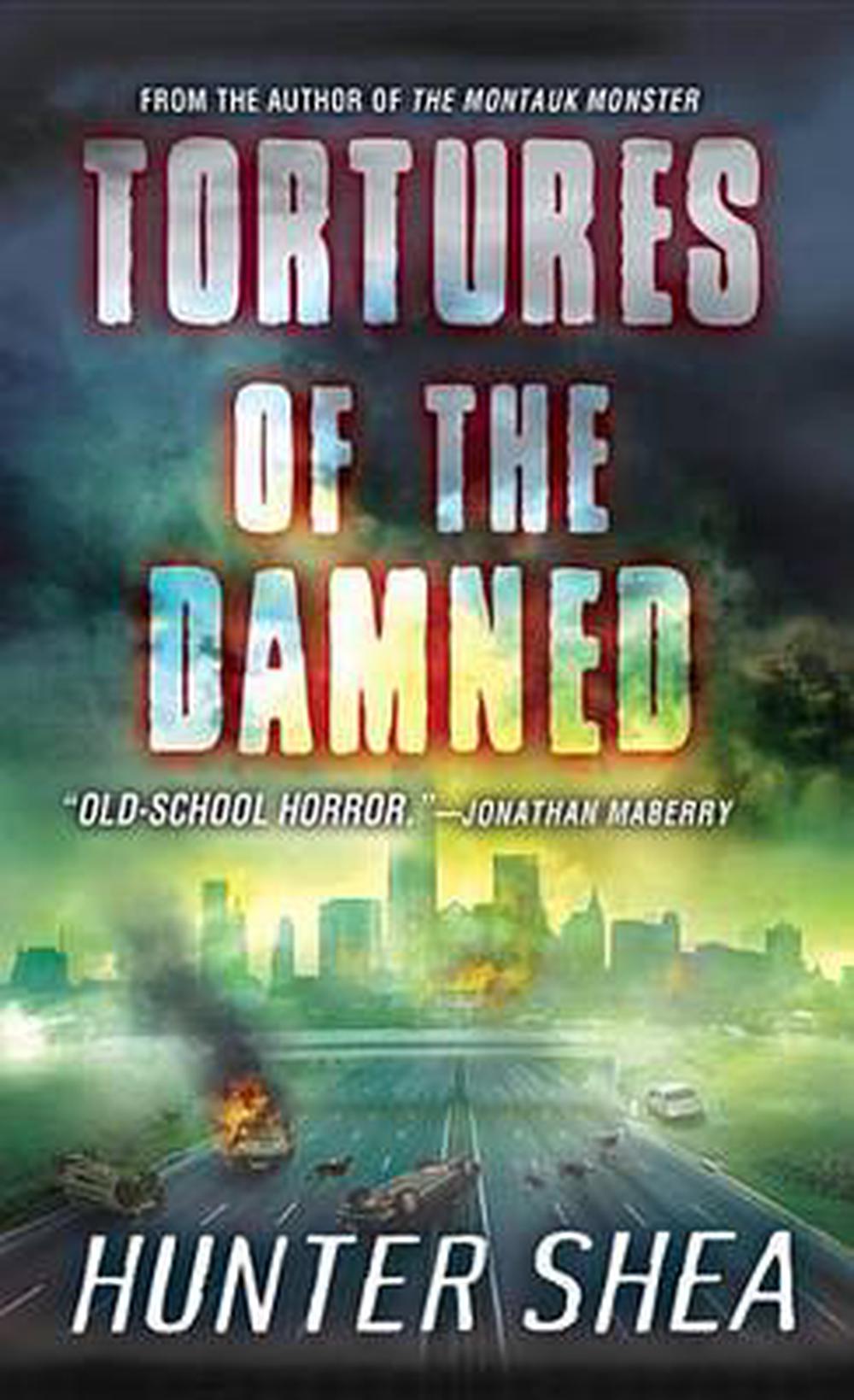 AFTER SHOCKa Next, the chemical weapons take effect-killing or contaminating everything alive. Except a handful of survivors in a bomb shelter. They are the damned.

HELL IS FOR HUMANS Then, the real nightmare begins. Hordes of rats force two terrified families out of their shelter-and into the savage streets of an apocalytic wasteland. They are not alone. Vicious, chemical-crazed animals hunt in packs. Dogs tear flesh, cats draw blood, horses crush bone. Roaming gangs of the sick and dying are barely recognizable as human. These are the times that try men's souls. These are the tortures that tear families apart. This is hell on earth. The rules are simple- Kill or die.

Hunter Shea is the author of the novels The Montauk Monster, Sinister Entity, Forest of Shadows, Swamp Monster Massacre, and Evil Eternal. His stories have appeared in numerous magazines, including Dark Moon Digest, Morpheus Tales and the Cemetery Dance anthology, Shocklines - Fresh Voices in Terror. His obsession with all things horrific has led him to real life exploration of the paranormal, interviews with exorcists and other things that would keep most people awake with the lights on. He lives in New York with his family and vindictive cat. He waits with Biblical patience for the Mets to win a World Series. You can read about his latest travails and communicate with him at

The novels of Hunter Shea are:

"[A] hilarious creature-feature gorefest from pulp horror maven Shea...Twisted humor and campy horror. Those looking for a brain break and a bloody mess with revel in this promising series launch." --Publishers Weekly on JURASSIC FLORIDA