Rise and Fall of a Palestinian Dynasty

PUBLISHED: 6th March 2017
ISBN: 9780863564536
ANNOTATION:
In this political biography, Ilan Pappe traces the rise of the Husayni family of Jerusalem, who dominated Palestinian history from the early 1700s until the second half of the twentieth century. 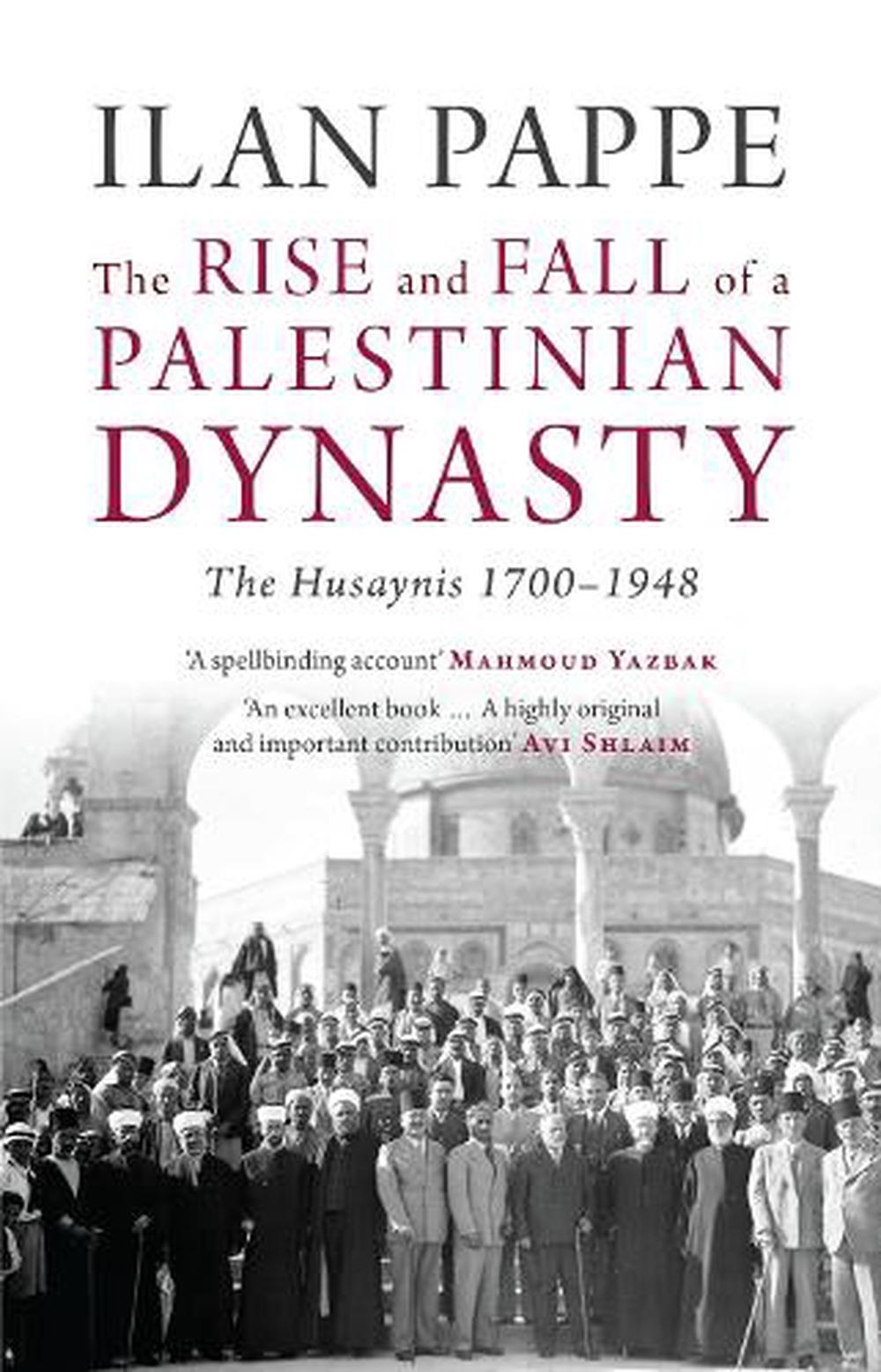 OTHER FORMATS:
PUBLISHED: 6th March 2017
ISBN: 9780863564536
ANNOTATION:
In this political biography, Ilan Pappe traces the rise of the Husayni family of Jerusalem, who dominated Palestinian history from the early 1700s until the second half of the twentieth century.

In this political biography, Ilan Pappe traces the rise of the Husayni family of Jerusalem, who dominated Palestinian history from the early 1700s until the second half of the twentieth century.

In this political biography, Ilan Pappe traces the rise of the Husayni family of Jerusalem, who dominated Palestinian history from the early 1700s until the second half of the twentieth century. Viewing this sweeping saga through the prism of one family, the book sheds new light on crucial events - the invasion of Palestine by Napoleon, the decline of the Ottoman Empire, World War I, western colonialism, and the advent of Zionism - and provides an unforgettable picture of the Palestinian tragedy in its entirety. The Rise and Fall of a Palestinian Dynasty is the history of Palestinian politics before national movements and political parties. In telling the story of one family, the book highlights the continuity between periods customarily divided into pre-modern and modern, pre-Zionist and Zionist, illuminating history as it was actually lived.

Ilan Pappe holds the Chair in History at the University of Exeter and is Co-Director of the Exeter Centre for Ethno-Political Studies. He is the author of a number of influential books on the Middle East, including 'The Ethnic Cleansing of Palestine'.

Foreword 7 Introduction 11 Prologue 23 chapter 1 The Making of a Family: From al-Ghudayya to al-Husayni 33 chapter 2 In the Shadow of Acre and Cairo: The Third Generation 53 chapter 3 Struggling with Reform, 1840-76 78 chapter 4 The Death of the Old World : Towards the End of the Ottoman Era in Palestine 92 chapter 5 Facing the Young Turks: The Family as Bureaucratic Aristocracy 127 chapter 6 In the Shadow of British Military Rule: From the Politics of Notables to the Politics of Nationalism 160 chapter 7 British Betrayal and the Rise of the National Aristocracy: The First Violent Outbreak 188 chapter 8 The Grand Mufti and His Family: Al-Hajj Amin Elected Mufti 212 chapter 9 The Great Revolt: The Family as Revolutionary Aristocracy 246 chapter 10 The Family in Exile: The Husaynis and the Armed Revolt, 1937-8 283 chapter 11 World War II and the Nakbah: In the Midst of the Revolution in Iraq 304 Epilogue 342 Family Trees (1700-1948) 353 Endnotes 355 Bibliography 383 Index 393

A spellbinding account of the Husayni family and the crucial role they played throughout the modern history of Palestine.' Mahmoud Yazbak 'A first-rate study which throws considerable light not just on the Husayni family but on the history and politics of the Palestinians since the 18th century' Avi Shlaim 'An excellent work' Salim Tamari 'A most engaging political biography' Philip S. Khoury