by Inc. Scholastic and J.K. Rowling 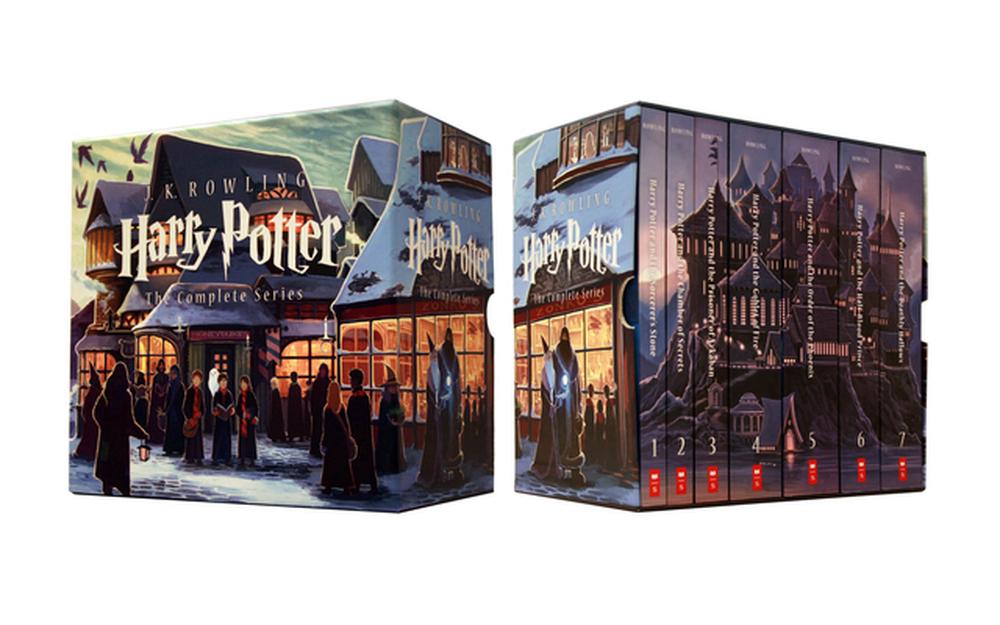 ISBN: 9780545596275
ANNOTATION:
The perfect gift for collectors and new readers alike, this breathtaking special edition set of Rowling&#039;s seven bestselling Harry Potter books is packaged in beautifully designed box with new artwork by Kibuishi. The books create a gorgeous, magical vista when the spines are lined up together.
$150.99
Or pay later with

The perfect gift for collectors and new readers alike, this breathtaking special edition set of Rowling's seven bestselling Harry Potter books is packaged in beautifully designed box with new artwork by Kibuishi. The books create a gorgeous, magical vista when the spines are lined up together.

The perfect gift for collectors and new readers alike, we now present a breathtaking special edition boxed set of J. K. Rowling's seven bestselling Harry Potter books! The box itself is beautifully designed with new artwork by Kazu Kibuishi, and the books create a gorgeous, magical vista when the spines are lined up together. The Harry Potter series has been hailed as "one for the ages" by Stephen King and "a spellbinding saga" by USA Today. Now is your chance to give this set to a reader who is ready to embark on the series that has changed so many young readers' lives.

J. K. Rowling is the author of the beloved, bestselling, record-breaking Harry Potter series. She started writing the series during a delayed Manchester to London King's Cross train journey, and during the next five years, outlined the plots for each book and began writing the first novel. Harry Potter and the Sorcerer's Stone was published in the United States by Arthur A. Levine Books in 1998, and the series concluded nearly ten years later with Harry Potter and the Deathly Hallows, published in 2007. J. K. Rowling is the recipient of numerous awards and honorary degrees including an OBE for services to children's literature, France's L