A Corner of White

PUBLISHED: 1st January 2014
ISBN: 9781742612607
ANNOTATION:
A mesmerising story of two worlds; the cracks between them, the science that binds them and the colours that infuse them 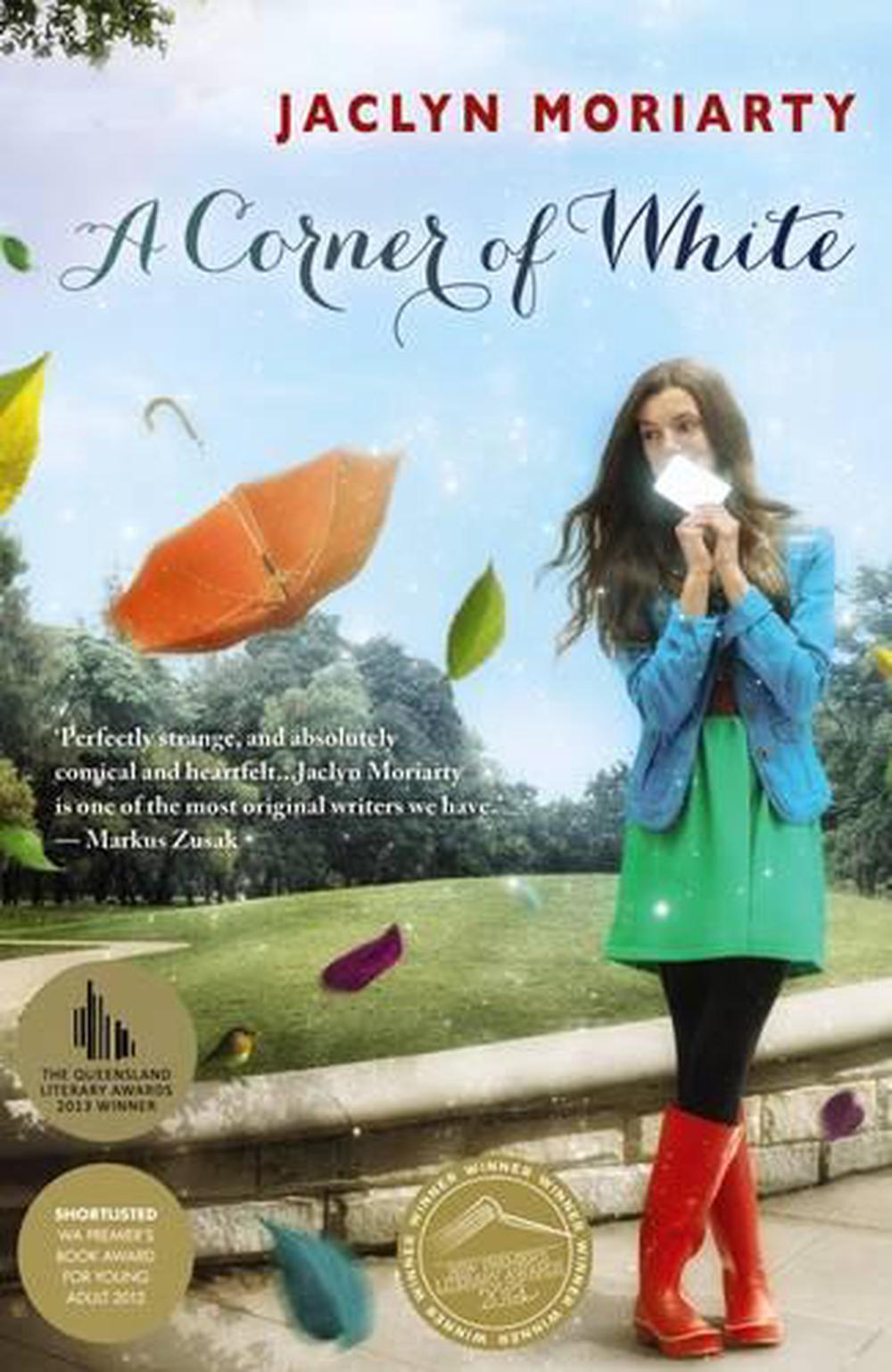 OTHER FORMATS:
PUBLISHED: 1st January 2014
ISBN: 9781742612607
ANNOTATION:
A mesmerising story of two worlds; the cracks between them, the science that binds them and the colours that infuse them

A mesmerising story of two worlds; the cracks between them, the science that binds them and the colours that infuse them

Madeleine Tully lives in Cambridge, England, the World - a city of spires, Isaac Newton and Auntie's Tea Shop. Elliot Baranski lives in Bonfire, the Farms, the Kingdom of Cello - where seasons roam, the Butterfly Child sleeps in a glass jar, and bells warn of attacks from dangerous Colours. They are worlds apart - until a crack opens up between them; a corner of white - the slim seam of a letter. Elliot begins to write to Madeleine, the Girl-in-the-World - a most dangerous thing to do for suspected cracks must be reported and closed. But Elliot's father has disappeared and Madeleine's mother is sick. Can a stranger from another world help to unravel the mysteries in your own? Can Madeleine and Elliot find the missing pieces of themselves before it is too late? A mesmerising story of two worlds; the cracks between them, the science that binds them and the colours that infuse them.

Jaclyn Moriarty grew up in Sydney's north-west and studied Law and English on three continents - at Sydney University in Australia, Yale in the US and Cambridge in England. She spent four years working as a media and entertainment lawyer and now writes full time so that she can sleep in each day. She lives in Sydney with her son Charlie and is learning the cello.

Praise for A CORNER OF WHITE "Moriarty is the queen of epistolary stories, and her fans will find the teens' letters a familiar entree into this highly unusual fantasy.... [H]er irresistible characters help readers navigate a tantalizingly complex plot that will leave them eagerly awaiting the next book." -- HORN BOOK, starred review "Quirky, charming, funny, sad: another winner from this always-surprising author." -- KIRKUS REVIEWS, starred review "Lovely fantasy... The story is told through the teens' communications and an omniscient narrator. This mix allows readers to know Madeleine and Elliot and their problems intimately, but it also gives them an aerial view of events, helps them meet the richly drawn secondary characters, and allows them to see the ingenious way in which the protagonists' lives ultimately combine." -- SCHOOL LIBRARY JOURNAL, starred review "The plotting is as innovative and riveting as the world-making here, and the characters are drawn with the same rich dimensionality you find in Pratchett's DISCWORLD or one of Diana Wynne Jones's fantasies. Moriarty's wordsmithery likewise compares favorably with those two masters, delighting and surprising readers with quirky turns of phrase, evocative, synesthetic metaphors, and swift, effective shifts in register." -- BULLETIN OF THE CENTER FOR CHILDREN'S BOOKS, starred review "A marvelous novel -- in every sense of the word -- with all the qualities of a literary classic. Just like the letters exchanged between the main characters, A CORNER OF WHITE slips through a previously unnoticed crack in the reader's heart and changes everything." -- Deborah Harkness, author of A DISCOVERY OF WITCHES "An absolute delight of a novel: strange yet familiar, whimsical yet real, beautifully written and completely captivating. I can't wait for the sequel!" -- Garth Nix, author of The Abhorsen Trilogy "Supremely original, smart, and delightful, this treasure of a book w

A mesmerising story of two worlds; the cracks between them, the science that binds them and the colours that infuse them