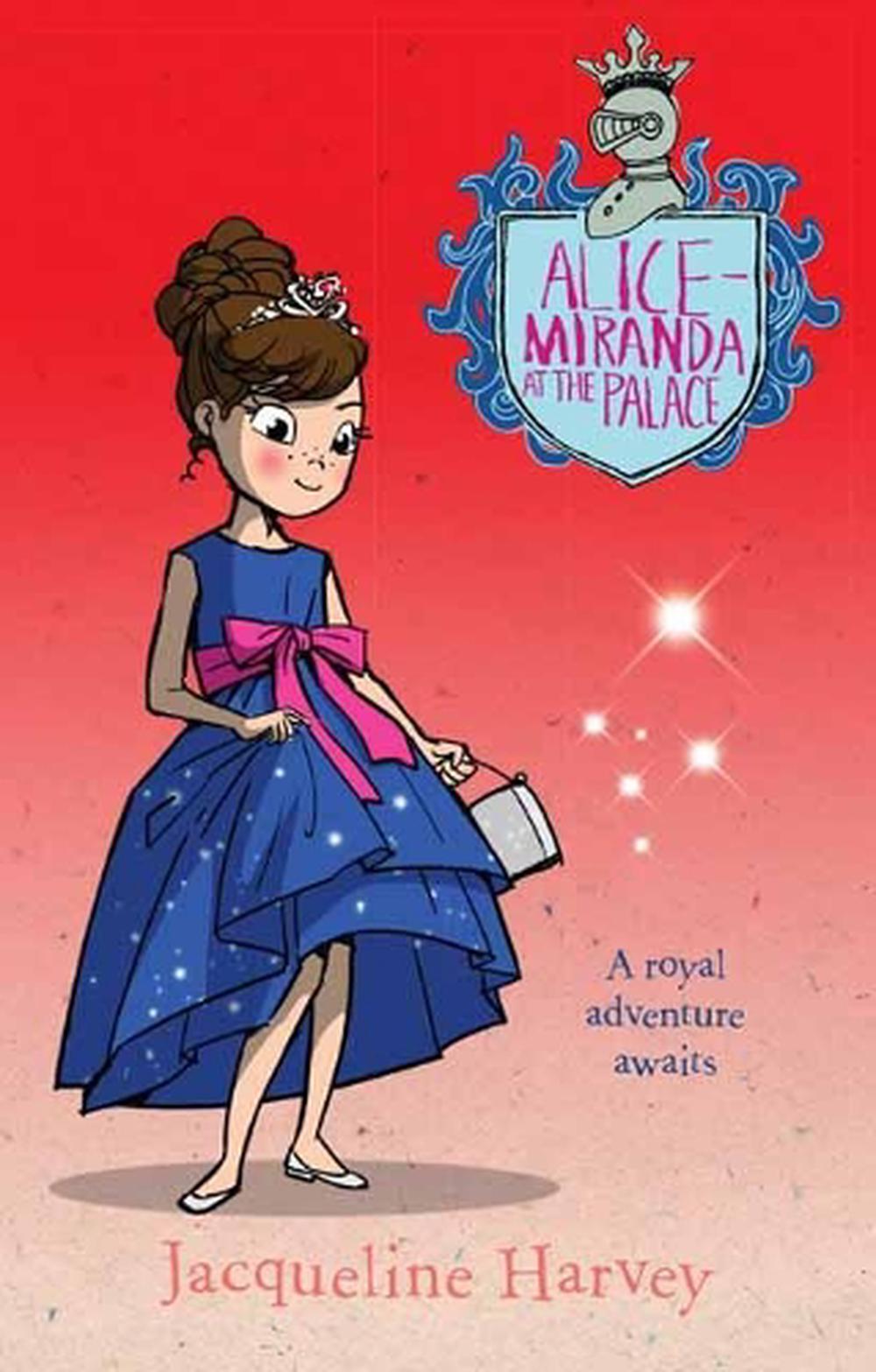 It's Queen Georgiana's silver jubilee, and Alice-Miranda and her friends are invited. While Evesbury Palace is every bit as magnificent as they'd imagined, some of the staff are behaving strangely. Edgar and Louis, Aunty Gee's grandsons and the palace's resident mischief-makers, don't exactly give their guests a friendly welcome. When they team up with an unexpected visitor, things soon go from bad to worse.

Behind the scenes it seems something much more sinister is at play. Why is Aunty Gee so determined to keep Alice-Miranda at the palace for the rest of the holidays? And who is her mysterious milliner? With the help of her friends and a trusty butler, can Alice-Miranda uncover what threatens to bring down the royal family?

Jacqueline Harvey worked in schools for many years but has had a passion for storytelling since she was a child.

She is the author of the popular Alice-Miranda and Clementine Rose series, which have sold over one million copies in Australia alone. Her books have received numerous short-listings and awards while her picture book, The Sound of the Sea, was a CBCA Honour Book.

Jacqueline speaks to thousands of young people at schools and festivals around the world, and says the characters in her books are often made up of the best bits of children she's met over the years. While she is not a twin, like Kensy and Max she does have excellent powers of observation and has always thought she'd make a great spy.

Jacqueline lives in Sydney and is currently working on more Kensy and Max and Alice-Miranda adventures, and some exciting new projects too.

"Alice-Miranda is a great role model for girls--a strong and independent child with a beautiful heart." --ReadPlus "Jacqueline Harvey knows how to tell a good story. Whether it's about boogers, or a teacher she had who hated children, or how a boy once declared his love for her to their school principal, she certainly knows how to entertain an audience." --Canberra Times

"Alice-Miranda is a great role model for girls--a strong and independent child with a beautiful heart." -- ReadPlus

Alice-Miranda is off on a royal adventure!