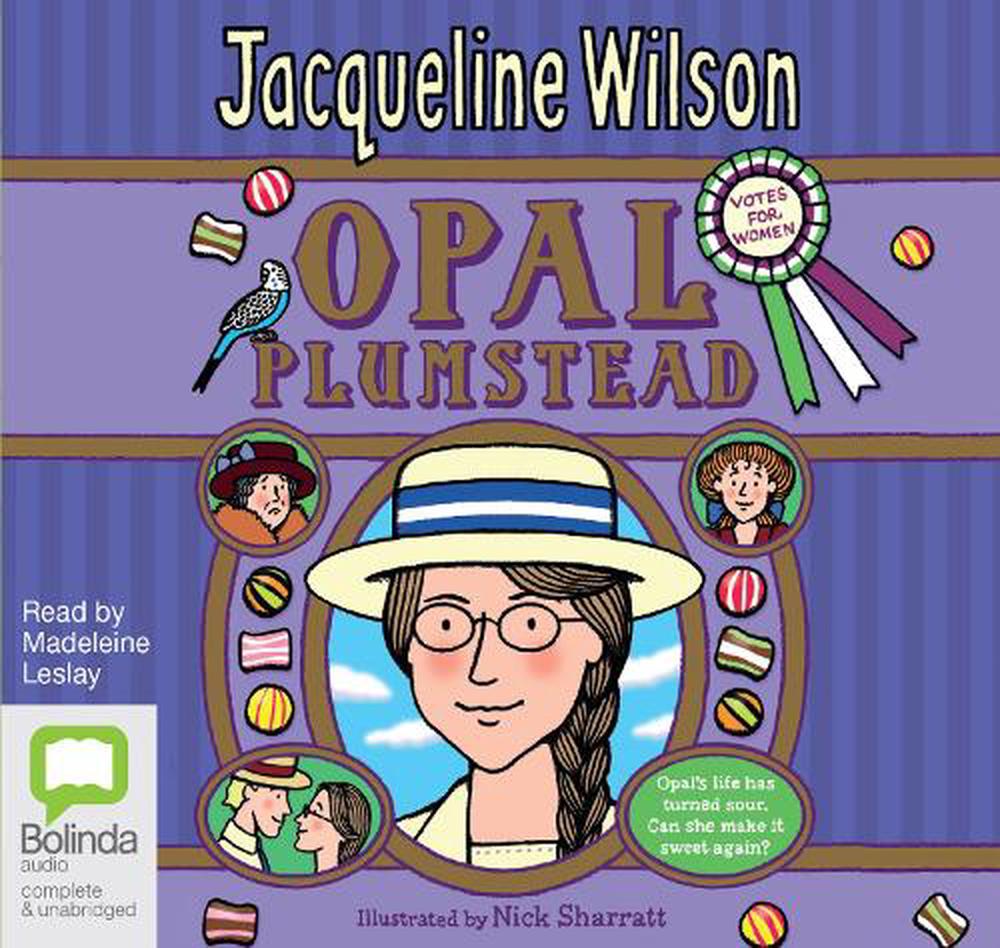 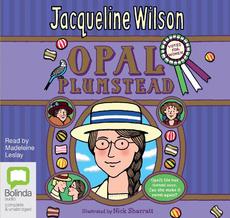 Opal Plumstead might be plain, but she has always been fiercely intelligent. Yet her scholarship and dreams of university are snatched away when her father is sent to prison, and fourteen-year-old Opal must start work at the Fairy Glen sweet factory to support her family. Opal struggles to get along with the other workers, who think her snobby and stuck-up. But Opal idolises Mrs Roberts, the factory's beautiful, dignified owner, who introduces Opal to the legendary Mrs Pankhurst and her fellow Suffragettes. And when Opal meets Morgan - Mrs Roberts' handsome son, and the heir to Fairy Glen - she believes she has found her soulmate. But the First World War is about to begin, and will change Opal's life for ever. The brilliantly gripping new story from the bestselling, award-winning Jacqueline Wilson.

Jacqueline Wilson was born in Bath in 1945, but spent most of her childhood in Kingston-on-Thames. She always wanted to be a writer and wrote her first 'novel' when she was nine, filling in countless Woolworths' exercise books as she grew up. As a teenager she started work for a magazine publishing company and then went on to work as a journalist on Jackie magazine (which she was told was named after her!) before turning to writing novels full-time.

One of Jacqueline's most successful and enduring creations has been the famous Tracy Beaker, who first appeared in 1991 in The Story of Tracy Beaker. This was also the first of her books to be illustrated by Nick Sharratt. Since then Jacqueline has been on countless awards shortlists and has gone on to win many awards.

Jacqueline is one of the UK's favourite authors, and her books are loved and cherished by young readers not only in the UK but all over the world. She has sold millions of books and in the UK alone the total now stands at over 35 million!

In 2002 Jacqueline was awarded the OBE for services to literacy in schools and from 2005 to 2007 she was the Children's Laureate. In 2008 she became Dame Jacqueline Wilson. Madeleine trained at the Bristol Old Vic Theatre School. Born and raised in Bristol, she is a dual national of British/French extraction. In the Theatre Madeleine has played the roles of Ophelia in Hamlet, Christina Mundy in Dancing at Lughnasa and Pamina in The Night Queen. Madeleine appeared in BBCTV's The Best of Men, and during her training was a nominee for the Carlton Hobbs Radio competition.

'A brilliant writer of wit and subtlety.' -- The Times 'She should be prescribed for all cases of reading reluctance.' -- The Independent on Sunday 'Has a rare gift for writing lightly and amusingly about emotional issues.' -- The Bookseller 'This wonderful new wartime story will be published to coincide with the one hundred year anniversary of the start of the First World War. And like one of Roald Dahl's most timeless and beloved novels, much of the action takes place at a sweet factory!' -- Amazon