War in the West: a New History

ISBN: 9780552169158
ANNOTATION:
Examines the momentous turning points of 1941-1943: Hitler's invasion of Russia; America's entry into the conflict; the devastating Thousand Bomber Raids over Germany; the long struggle in the deserts of North Africa; and the defeat of the U-boats in the crucial Battle of the Atlantic. 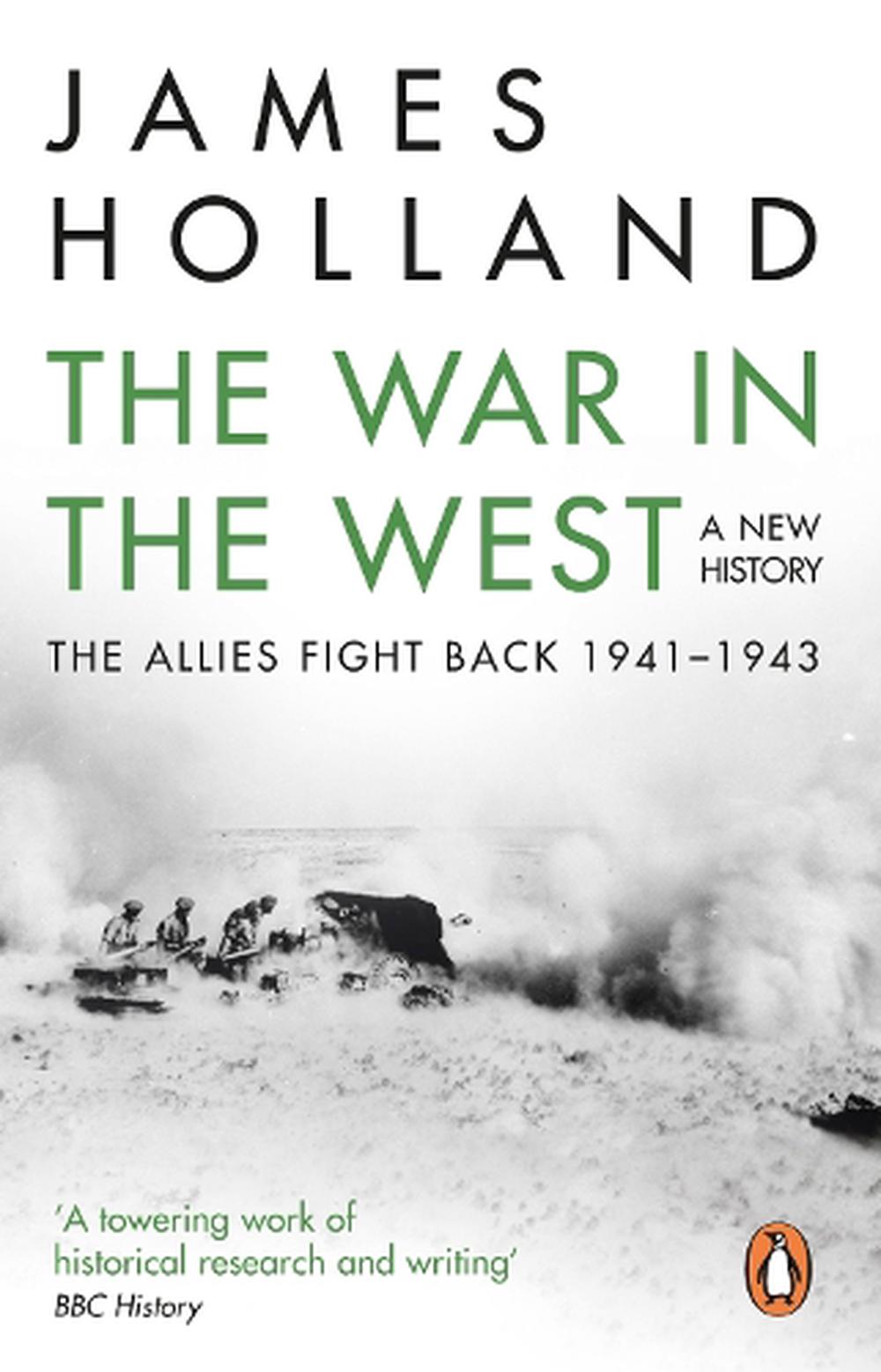 Examines the momentous turning points of 1941-1943: Hitler's invasion of Russia; America's entry into the conflict; the devastating Thousand Bomber Raids over Germany; the long struggle in the deserts of North Africa; and the defeat of the U-boats in the crucial Battle of the Atlantic.

In the second volume of his acclaimed new history of the Second World War, James Holland examines the momentous turning points of 1941-1943- Hitler's invasion of Russia; America's entry into the conflict; the devastating Thousand Bomber Raids over Germany; the long struggle in the deserts of North Africa; and the defeat of the U-boats in the crucial Battle of the Atlantic.

As in his first volume, Germany Ascendant, he interweaves his account of the well-known events of the period with the personal stories of individuals caught up in them - on all sides. Through interviews, letters, diaries and reports, he allows us to see the war not just from the perspective of politicians, military commanders and strategists, but also through the eyes of civilians bombed out of their homes, resistance members stranded in the frozen Norwegian winter, sailors risking their lives in the Atlantic convoys, German aces striving for supremacy in the air, and ordinary soldiers battling for survival in the scorching sands of Libya.

He also looks behind the scenes at the all-important 'machinery' of war- the manufacturing, farming and vital supply lines that underpinned the entire conflict and ultimately determined its course. From the battle fronts on land, sea and air, to the streets, fields and factories of Britain, America and Germany, he paints a dramatic and compelling portrait of these pivotal years when the tide began to turn.

Combining his own research with only recently accessible archive material, Holland looks afresh at this cataclysmic conflict, reassessing long-held views and challenging conventional assumptions. The result is ground-breaking history that redefines the war in the West and makes us think again about the events that shaped our modern world.

James Holland is an internationally acclaimed and award-winning historian, writer, and broadcaster. The author of a number of best-selling histories including Fortress Malta- An Island Under Siege, Battle of Britain, Dam Busters, and most recently, The War in the West and Big Week, he has also written nine works of historical fiction, including the Jack Tanner novels.

He has presented - and written - a large number of television programmes and series, including the film Normandy 44 for the BBC, and is a mainstay of the internationally successful Nazi Megastrucutres. He has scripted and is producing a feature film of his novel, A Pair of Silver Wings.

He is also Chair of the Chalke Valley History Festival, a Fellow of the Royal Historical Society, and a Research Fellow at Swansea University. He can be found on Twitter as @James1940.

This second volume easily reaches the benchmark set by it's predecessor . . . the style is crisp, engaging, absorbing, it really does have the feel of a fresh and revisionist perspective on the momentous events that occurred between 1941 and 1943 Soldier Holland brings a fresh eye to the ebb and flow of the conflict . . . [A] majestic saga Literary Review Makes us eager for the third and final part of what now ranks as a towering work of historical research and writing BBC History Magazine Holland shoots down the myth of German invincibility . . . All the great turning points of 1941-43 are here. A triumph Sunday Express James Holland has established himself as one of the premier World War II Historians History of War