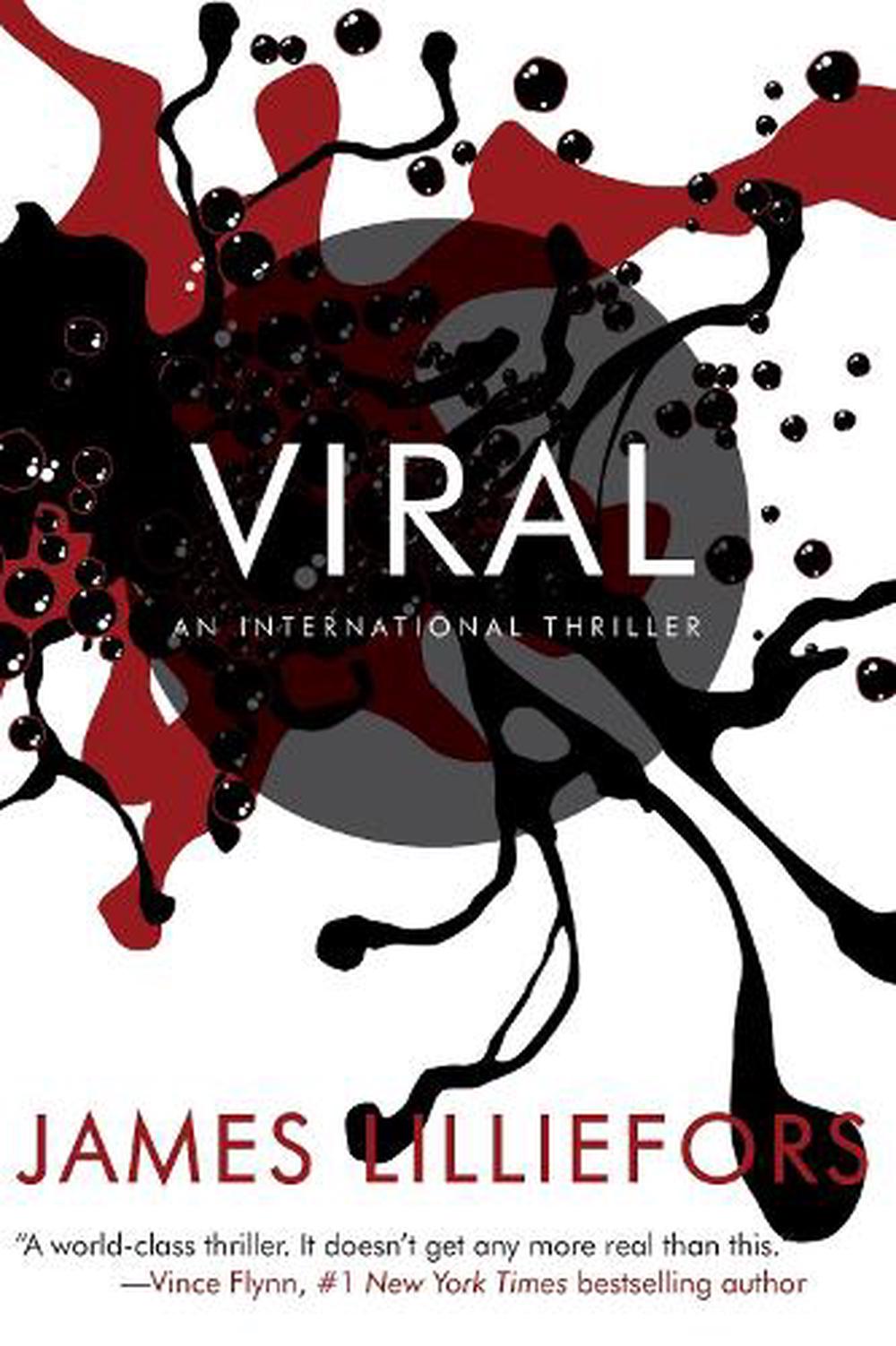 Charles Mallory, a private intelligence contractor and former CIA operative, begins to discover the traces of a secret war. With the help of his brother, Jon, can he break the story to the world before it is too late? As the stakes and strategies of this secret war become more evident, the Mallory brothers find themselves in a complex game of wits with an enemy they can't see: a new sort of superpower led by a brilliant, elusive tactician who believes that ends justify means.

James Lilliefors is a journalist who has worked and written for several national publications and has been a regular contributor to The Washington Post and The Miami Herald. He is also author of the book American Boardwalks, to be published in 2006, and a novel, Bananaville.

"Lilliefors' debut thriller doesn't slow down until the last page.... This one will keep you up at night." -Romantic Times (4 1/2 star review) "Lilliefors provides enough twists to keep the pages turning. He also manages to develop and humanize his characters including some of the villains." -Gumshoe Review

"[T]his cautionary tale can make your blood run cold.... Lilliefors is an author to watch." -Crimespace

"Delivers the goods. The international setting. The spies. The unscrupulous, powerful bad guy(s). A sprinkle of romance, a spine shuddering genetically engineered disease, and a mystery that kept me guessing into the final pages." -Poptimal

"[T]echnologically modernizes Jonathan Swift's A Modest Proposal." -The Mystery Gazette "An ambitious thriller; its villains, no ordinary terrorists, are determined to create a new world (even if it means wiping out a large portion of its population). Solidly plotted and featuring a unique pair of protagonists--you don't often find a team of brothers as action heroes--the book is sure to appeal to fans of thrillers with Big Ideas and capital-V villains. A sequel is in the works, which is a good thing: readers will leave the book wanting to see more of Charles and Jon." --Booklist

"Fans of intelligently written page-turners will be rewarded." --Publishers Weekly

"Software billionaires, media moguls, government henchmen, and a beautiful bio-chem warfare expert enter and exit the story in a whirl of action with all of it leading to a suspenseful race to stop a crime, the magnitude of which is off the scale." --Suspense Magazine

"Viral is a world-class thriller. It doesn't get any more real than this. Lilliefors has created one of the most compelling novels of international espionage I've come across in a long time."--Vince Flynn, #1 New York Times bestselling author

"A crackling good story, so realistic that it's scary. Lilliefors is right up there with the best thriller writers."--Ben Bova, six-time Hugo Award-winning author of the Grand Tour series.

"Viral weaves genetics, nanotechnology and robotics into a complex tapestry of international geopolitics and nails the details. Lilliefors' debut is brilliant, with realistic science, tight pacing, and believable characters in a gripping story of the audacity of dehumanized science."--Jeffrey Anderson, MD PhD, international bestselling author of Sleeper Cell and Implant

"James Lilliefors, a brand new thriller writer on the scene, has opened with a bang with his first novel, Viral. With the Mallory brothers, Charles and Jon, the insanity that Jim has brilliantly portrayed becomes all too sharply urgent, and certainly timely. Hats off!"--David Hagberg, New York Times bestelling author of The Expediter

"Viral is a great read that made me wonder if the author has a secret past life in the dark world of intelligence.... Lilliefors' powerful novel could be both a prediction and a warning of tomorrow's headlines."--Wes DeMott, former FBI agent, author of The Fund, Heat Sync, and Walking K

"An adrenaline-pumping tale of terror that simmers with intrigue and tension. From the very first page, Lilliefors masterfully takes us on a nail-biting journey into the terrifying world of bioterrorism."--Gary Birken, MD, author of Embolus and Code 15

"Lilliefors' debut thriller doesn't slow down until the last page.... This one will keep you up at night." - Romantic Times (4

PROLOGUE Cloud shadows carpeted the African countryside as a privately owned matatu rattled along the dusty lorry route toward the capital. Four passengers had been on board as it rolled out of Kyotera just past daybreak. Now, as the bus neared Kampala, every seat was taken, with nine men standing, gripping the overhead straps. Several transistor radios played incongruously--gospel, raga, soca--their signals becoming clearer as the city loomed. The passengers were villagers and farmers, many of them carrying goods to sell at the open-air markets of the city: Nile perch and tilapia, tomatoes and maize, basketware, gourds, kikoy cloth. In a worn wicker seat at the rear of the bus, a wizened banana farmer clutched a bark-cloth package and gazed through the sweating bodies at a spout of rain in the distant terraced hillside. The man wore a vacant expression, although occasionally he stole glances at the other passengers: at the young bearded man who nipped from a flask; at the toothless woman seated in front of him, who kept falling asleep against the window; at the burly, bare-chested man--the only one facing backwards--who held a panting dog in his arms; at the tall, handsome woman with the lovely profile on the aisle. The man was careful not to make eye contact with them, though, or to give any of the passengers reason to notice him. He had been paid to make a delivery in Kampala, and the only thing on his mind this morning was the cold bottle of pombe--fermented banana beer--and the plate of mkate mayai that he would enjoy once he returned home. He did not think about what he was delivering, or why it might be important to someone. That was not part of his job. The farmer closed his eyes as they came to another makeshift village, where women were washing clothes in a creek beside the road. When he looked out again, he saw cane and cassava fields and then a gathering of people by a banana grove, dressed up as if for church. Two of the men, he saw, before averting his eyes, were leaning on shovels. It was the fourth funeral they had passed since leaving Kyotera. The road took them past a roadhouse, where sunken-cheeked women watched blankly from under a cloth awning, and into a sprawling neighborhood of ramshackle apartments and merchant stands, where the air was smoky from roasting meats. As downtown came into view, the farmer remembered traveling here as a boy, in the years before the dictators--the shouting merchants, the bleating horns, the pungent scent of spices from the food stands, the buses and boda-bodas, the chaotic excitement of so many people sharing space peacefully. The man got off the bus near Bombo Road and walked into the open-air market, as he had been instructed, keeping his eyes on the cracked pavement. He breathed the beef and lamb smoke, the spiced vegetables, looking at no one until he found a booth far in the back, belonging to a fish merchant named Robinson. A nod, pre-arranged. The man spoke the sentence he had been instructed to repeat: "A fresh delivery for Mr. Robinson." He was handed an envelope containing five hundred thousand Ugandan shillings--about two hundred dollars. No one else saw the exchange. Sweating in the midafternoon heat, the farmer walked back toward Bombo Road and the matatu that would take him home. ONE Monday, September 14, Kampala, Uganda Charles Mallory waited in a third-story room of the old colonial- style hotel on Kampala Road, studying the foot traffic below, watching for men traveling alone or for anything that didn''t fit. He liked the haphazardness of this neighborhood--a hodgepodge of apartment houses, food markets, pavement stalls--and the cover it lent him. For the past eight months, Charles Mallory had been working on a single project--a puzzle that had become a labyrinth of unexpected turns, finally leading him here, to this busy street in downtown Kampala. A project his father had handed to him just days before his death. From a paper cup he drank the last of the sweet tea he had bought from a merchant down the street, listening to the chuk-chuk-chuk of the ceiling fan in his room, alert for any unexpected sound or movement. Then he checked his watch: 12:46. Paul Bahdru was late. Mallory had invested seven days in arranging this meeting, communicating with Paul through encrypted messages and other, less conventional, means. They had devised a system that was virtually impenetrable--or so it had seemed: a series of short, cryptic communiqu