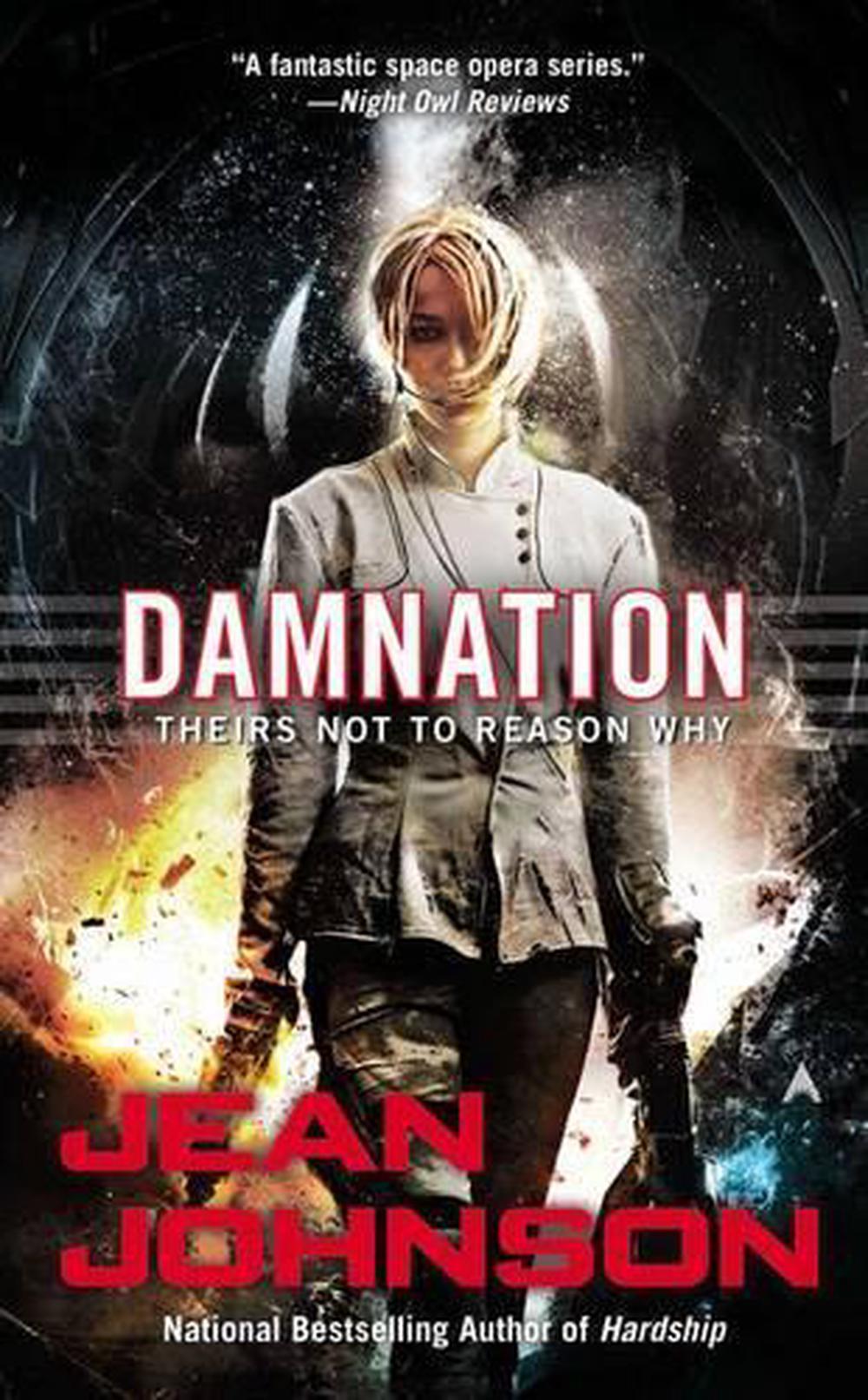 Itbegan with a terrible vision of the future. Compelled by her precognitive abilities, Ia must somehow save her home galaxy long after she's gone. Now Jean Johnson presents the long-awaited epic conclusion to her national bestselling military science fiction series . . .

With their new ship claimed and new crewmembers being collected, Ia's Damned are ready and willing to re-enter the fight against the vicious, hungry forces of their Salik foes. But shortly after they board the Damnation to return to battle, a new threat emerges. After several centuries of silence, the Greys are back, and the Alliance must now combat both a rapacious, sadistic enemy, and a terrifying, technologically superior foe.

Ia has asked nothing of her crew that she herself has not been willing to give. But with two wars to bring to an end-and time running out-Ia must make and execute the most terrible choice of all . . .

Jean Johnson is the national bestselling author of the Theirs Is Not to Reason Why series, including Hellfire, An Officer's Duty, and A Soldier's Duty, as well as the Sons of Destiny series.

Praise for national bestselling author Jean Johnson's series, Theirs Is Not to Reason Why: "Highly entertaining and extremely involving in equal measure."--The Founding Fields

"Reminiscent of both Starship Troopers and Dune...Successfully balances its military and science fiction elements."--Publishers Weekly