PUBLISHED: 1st April 2012
ISBN: 9781452106557
ANNOTATION:
A hilarious re-imagining of what it would be like if Darth Vader had taken an active role in raising his son Luke, with a refreshing twist and illustrations. Life lessons include lightsaber batting practice, using the Force to raid the cookie jar, and more. 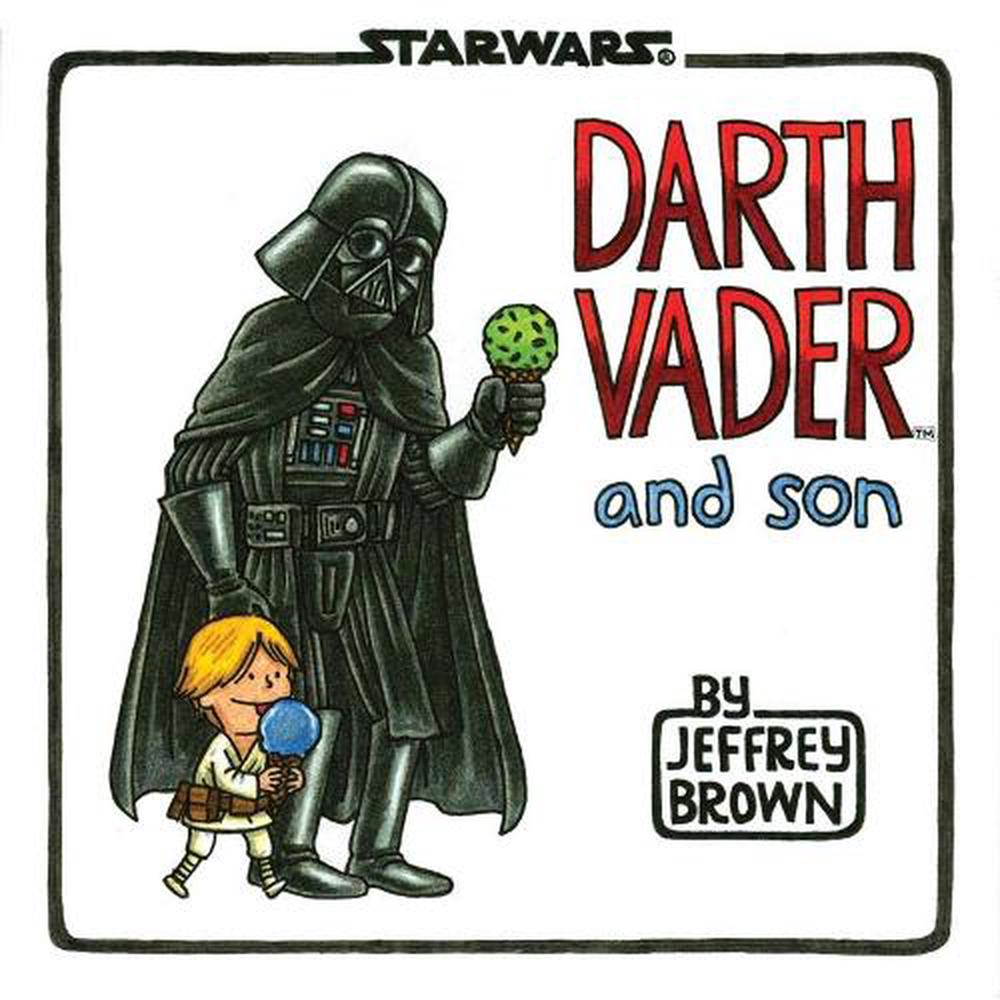 OTHER FORMATS:
PUBLISHED: 1st April 2012
ISBN: 9781452106557
ANNOTATION:
A hilarious re-imagining of what it would be like if Darth Vader had taken an active role in raising his son Luke, with a refreshing twist and illustrations. Life lessons include lightsaber batting practice, using the Force to raid the cookie jar, and more.

A hilarious re-imagining of what it would be like if Darth Vader had taken an active role in raising his son Luke, with a refreshing twist and illustrations. Life lessons include lightsaber batting practice, using the Force to raid the cookie jar, and more.

What if Darth Vader took an active role in raising his son? What if 'Luke, I am your father' was just a stern admonishment from an annoyed dad? In this hilarious and sweet comic reimagining, Darth Vader is a dad like any other-except with all the baggage of being the Dark Lord of the Sith. Celebrated comic artist Jeffrey Brown's delightful comics give a fresh twist to classic Star Wars (TM) moments, presenting the trials and joys of parenting through the lens of a galaxy far, far away, including lightsaber baseball practice, using the Force to raid the cookie jar, and Take Your Child to Work Day on the Death Star ('Er, he looks just like you, Lord Vader!'), and the special bond shared between any father and son.

"As a Star Wars generation kid-disclaimer: the original Star Wars movies, not the prequels-this little book was pure joy. I now read it with my five-year-old daughter, who cracks up at little Luke and a much kinder, gentler Darth Vader."- Chicago Magazine "From potty training to lightsaber batting practice to ice cream runs, the endearing absurdity of the duo's dynamic makes for a remix treat of the most entertaining variety."- Brain Pickings "The book imagines a universe where Darth Vader actually gets to raise his son Luke and it is so disarmingly charming that you really stop caring that this is an evil Sith lord. Oh, Obi-Wan, why did you spirit those children away?" -TOR.com "It's fun to see Darth Vader as sort of a sensitive guy." -Los Angeles Times' Hero Complex "Just let me just be the first to tell you that, if you play your cards right and get him a copy, Darth Vader And Son is gonna have Dad laughing coffee through his nose this year at brunch." -Babble.com "The central conflict of 'Star Wars' looks considerably different -- and much, much funnier -- through Brown's eyes. "- Comic Book Resources "When the first Star Wars film conquered the world in 1977, no one could have possibly foreseen it going on to become such an ubiquitous part of our cultural heritage. Now even parenthood can be viewed through the filter of the Sith lord Darth Vader. Jeffrey Brown (Incredible Change-Bots) crashes headlong into George Lucas's galaxy far, far away with endearing, funny-and fully licensed-results. A series of full-page gag cartoons focusing on the 'what if?' of Darth Vader raising a four-year-old Luke Skywalker, the book twists father/son moments into scenarios within the Star Wars playground. For instance, the addition of a wailing little Luke turns the Bounty Hunter scene into, as one bounty hunter's thought balloon puts it, Awkward! Trick-or-treating, toy shopping, a day at the zoo, and more are rejiggered with a lighthearted, charming tone. However, the book also provides ample proof that adding a babysitting Darth Vader to any Star Wars situation makes it gently humorous. Brown's signature scratchy style is embellished with full color and stripped-down likenesses."- Publisher's Weekly "You won't find a more adorable Star Wars book this year than Darth Vader and Son. Seriously. It's a must-have for Star Wars fans of all ages, as it's not only insanely cute, it's quite humorous," --Geeks of Doom "You don't have to be a Star Wars fan to appreciate this tender little book." -The Guardian (UK) "This is a good one for a young geek or their proud papa. " -Ain't It Cool News "This book is hilarious, short, and sweet. I'm sure it will have a real wide range of appeal that will include both young and die-hard Star Wars ones. There's probably not wrong reason to gift this, but it would definitely make for a good Father's Day present if you really need an excuse to buy Darth Vader and Son." --CSI: Librarian "Mix "Star Wars" with cuteoverload.com, and you get Jeffrey Brown's adorable "Darth Vader and Son" from Chronicle Books..[it] just had me melting, "awww"-ing and/or giggling over almost every page. And I'm not even a dad.. geek dads, especially those with little kids, would totally appreciate" -Geek Watch, DetroitNews.com "It is funny and sweet and the perfect stocking stuffer for Star Wars-loving dads." --Victoria Times Colonist "Hilarious...it's a great book to read to your kids, but it's also a great book for adults. I find myself smiling as I turn each page." --Forcecast.net "Fans of Star Wars will be entertained by this heartwarming and comical twist on the epic classic. Through vivid illustrations, author Jeffrey Brown shares the tale of Darth Vader, the hands-on, over-protective dad, who's involved in Luke's everyday activities" --Real Simple "Do you and your Dad have a Star Wars bond? Then you're definitely going to want to nab this sweet and funny comic about Anakin & Luke Skywalker." -E! Online "Devoted Star Wars fans will love that Brown has taken Darth Vader's lines from the movies-'I am altering the deal. Pray I don't alter it any further'---and cleverly turned them on their heads, finding the humor in both parenting and movie fandom, especially when he pokes gentle fun at the newer movies."