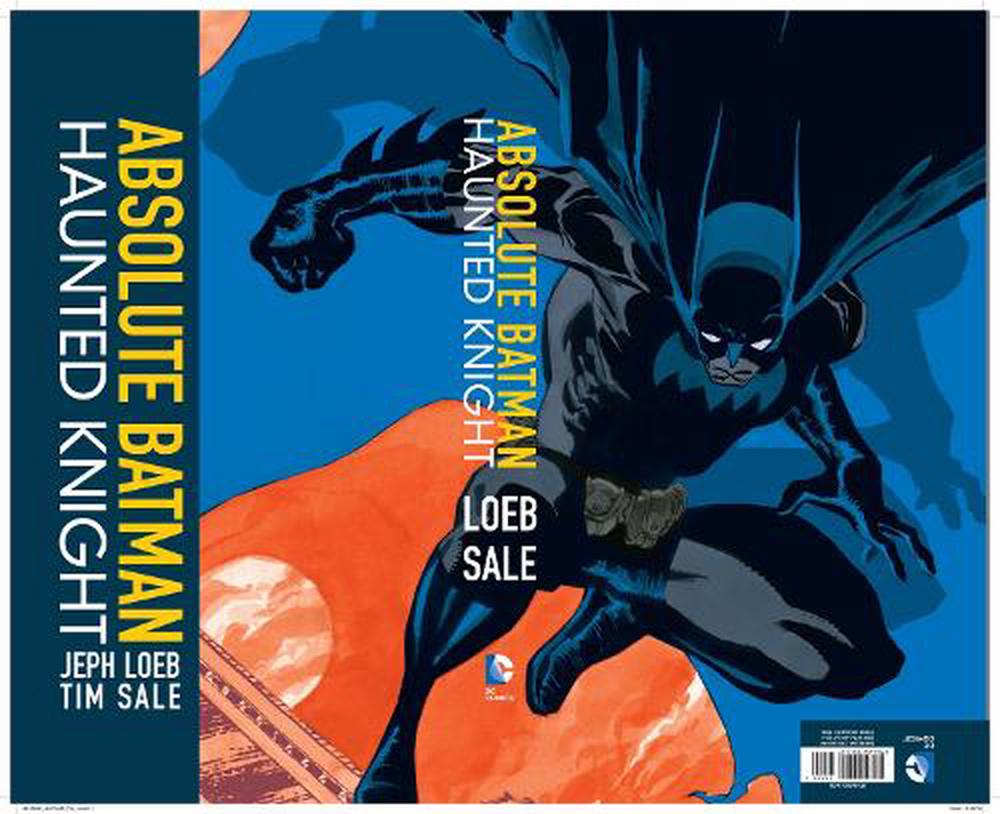 This Absolute edition includes three dark tales of horror and intrigue featuring Batman facing off against his most demented and wicked foes. Taking place on the most evil of holidays, Halloween, the Darknight Detective confronts his deepest fears as he tries to stop the madness and horror created by Scarecrow, the Mad Hatter, the Penguin, Poison Ivy and the Joker. As an added bonus, Loeb and Sale's Catwoman 6-issue mini-series Catwoman- When In Rome is included here as well as additional design, sketch and script pages. This Absolute edition includes- Batman- Legends of the Dark Knight Halloween Special #1, Batman- Madness #1, Batman- Ghosts #1, Catwoman When in Rome #1-6.

Jeph Loeb is the author of BATMAN- THE LONG HALLOWEEN, BATMAN- DARK VICTORY, SUPERMAN FOR ALL SEASONS, CATWOMAN- WHEN IN ROME, CHALLENGERS OF THE UNKNOWN MUST DIE!, Spider-Man- Blue, Daredevil- Yellow and Hulk- Gray all of which were collaborations with artist Tim Sale. He has also written SUPERMAN/BATMAN, SUPERGIRL, THE WITCHING HOUR, Cable, X-Man, X-Force, The Ultimates 3, and various other books. His TV and movie credits include Teen Wolf, Heroes, Commando, Buffy- The Animated Series and Smallville. Currently, he is EVP and Head of Television Development for Marvel Comics.