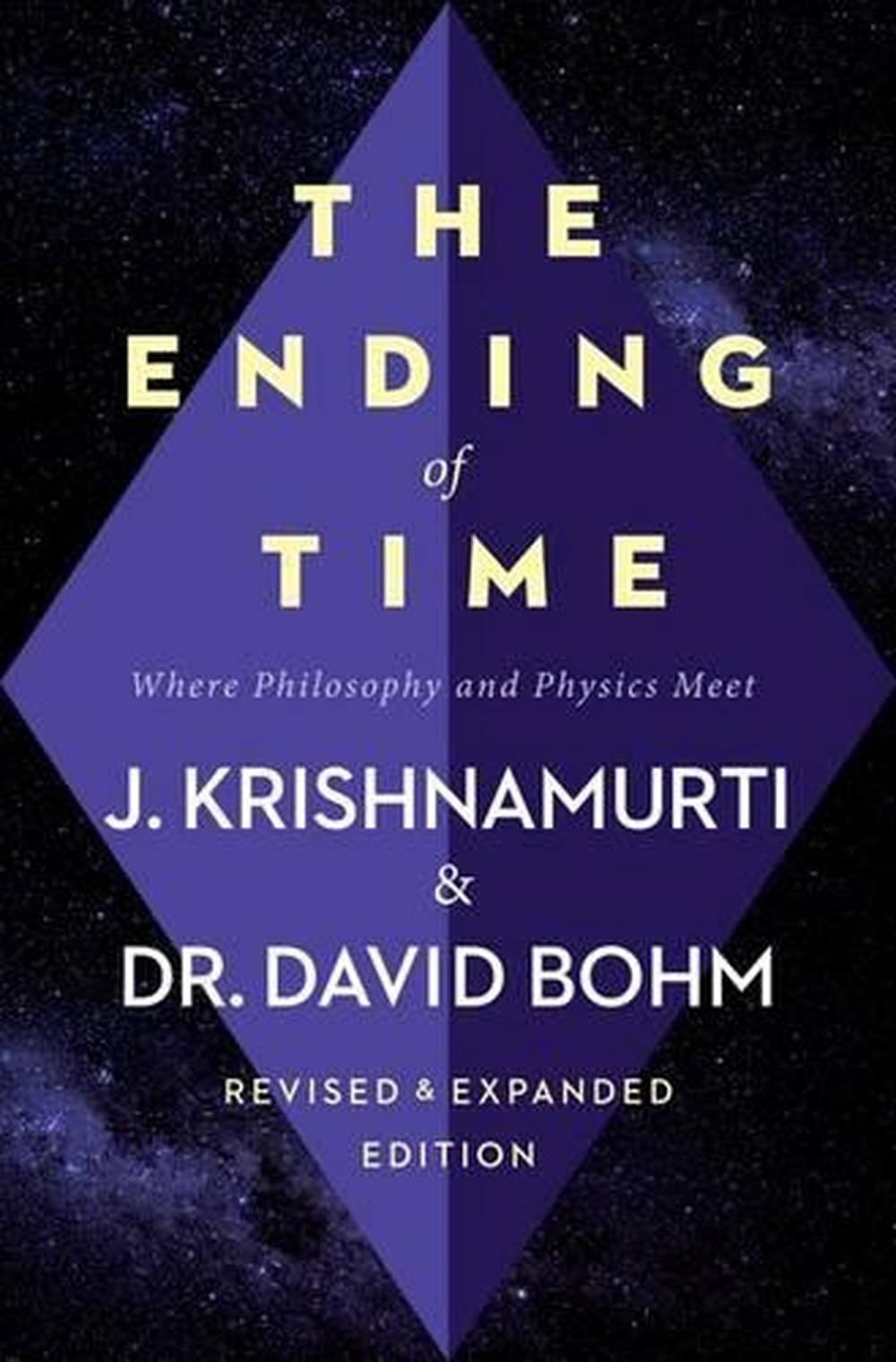 The provocative and penetrating philosophical classic of science and spirituality--a discourse between the revered spiritual leader Krishnamurti and renowned physicist Dr. David Bohm, exploring the origin of human conflict and what we can do about the barriers that stand in the way of insight and consciousness, now revised and updated with a new introduction and added dialogues. The Ending of Time is a series of important and enlightening dialogues in which Jiddu Krishnamurti and Dr. David Bohm--men from vastly different backgrounds in philosophy and physics, respectively--debate profound existential questions that illuminate the fundamental nature of existence, probing topics such as insight, illusion, awakening, transcendence, renewal, morality, the temporal, and the spiritual. Along the way, Krishnamurti and Bohm explore a person's relationship to society and offer new insights on human thought, death, awakening, self realization, and the problem of the fragmented mind. The Ending of Time also refers to the wrong turn humanity has taken--a state that they argue can be corrected. Though they insist that mankind can change fundamentally, they warn that transformation requires going from one's narrow and particular interests toward the general, and ultimately moving still deeper into that purity of compassion, love and intelligence that originates beyond thought, time, and even emptiness. This updated edition, edited and revised in clear and engaging language, includes a new introduction and a conversation previously published separately which examines "The Future of Humanity."

Spirituality meets science as two of the greatest minds of our time come together to discuss essential issues of good and evil, thought and consciousness, and the nature of existence. The Ending of Time presents the fascinating conversations between two men from vastly different worlds: revered philosopher Jiddu Krishnamurti and renowned physicist David Bohm. Through deep exploration of the brain vs. the mind, the significance of death, and an individual's relationship to society, they debate the root of human conflict and what we can do about it. Revolutionary insights throughout these discussions reveal the potential for the ending of time to bring about a new beginning for humanity.

J. Krishnamurti (1895-1986) was a renowned spiritual teacher whose lectures and writings have inspired thousands. His works include "On Mind and Thought, On Nature and the Environment, On Relationship, On Living and Dying, On Love and Lonliness, On Fear, " and "On Freedom."