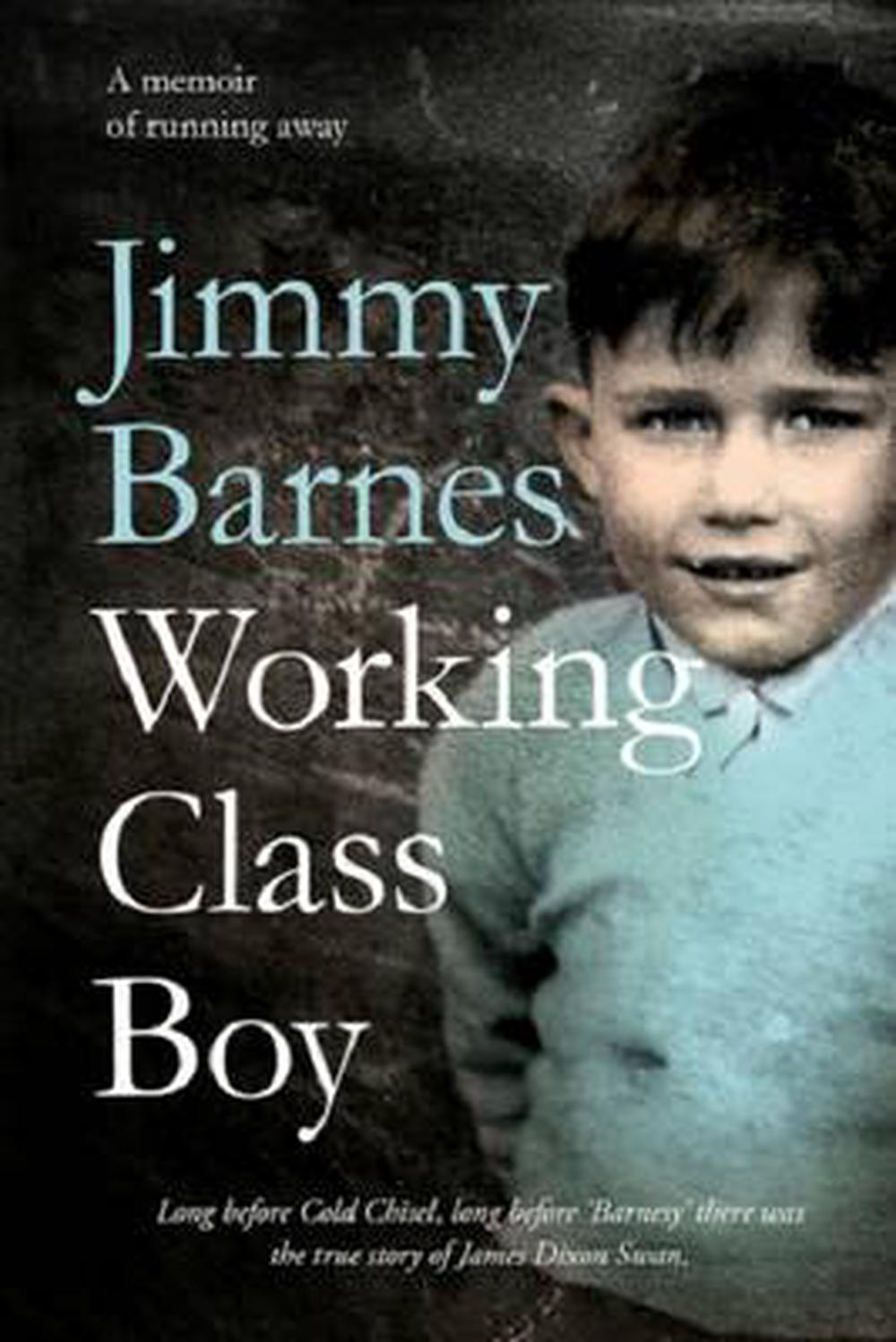 Long before Cold Chisel, long before 'Barnesy', there was the true story of James Dixon Swan.

Long before Cold Chisel, long before 'Barnesy', there was the true story of James Dixon Swan A household name, an Australian rock icon, the elder statesman of Ozrock - there isn't an accolade or cliche that doesn't apply to Jimmy Barnes. But long before Cold Chisel and 'Barnesy', long before the tall tales of success and excess, there was the true story of James Dixon Swan - a working class boy whose family made the journey from Scotland to Australia in search of a better life. Working Class Boy is a powerful reflection on a traumatic and violent childhood, which fuelled the excess and recklessness that would define, but almost destroy, the rock'n'roll legend. This is the story of how James Swan became Jimmy Barnes. It is a memoir burning with the frustration and frenetic energy of teenage sex, drugs, violence and ambition for more than what you have. Raw, gritty, compassionate, surprising and darkly funny, Jimmy Barnes's childhood memoir is at once the story of migrant dreams fulfilled and dashed. After arriving in Australia in the summer of 1962, things went from bad to worse for the Swan family - Dot, Jim and their six kids.

The scramble to manage in the tough northern suburbs of Adelaide in the 60s would take its toll on the Swans as dwindling money, too much alcohol and fraying tempers gave way to violence and despair. This is the story of a family's collapse, but also of a young boy's dream to escape the misery of the suburbs with a once-in-a-lifetime chance to join a rock'n'roll band and get out of town for good. Nothing will prepare you for the power of Jimmy's memoir. A fierce, graphic, bawdy account of his working class childhood - truly harrowing , and yet often tender and funny. I couldn't put it down because, above all, it is also a story of resilience and bravery. - Sam Neill Visceral, brave, honest: it is like Angela's Ashes meets Trainspotting - only more brutal. A deep, guttural howl of a book, it speaks of the pain and hurt that haunt so many men. And it may just save lives. - Magda Szubanski

Jimmy Barnes is a Scottish-born rock singer-songwriter who grew up in Adelaide. His career, both as a solo performer and as the lead vocalist of the legendary band Cold Chisel, has made him one of the most successful and distinctive artists in Australian music history. A prolific songwriter and performer, Jimmy has been a storyteller for more than 40 years, sharing his life and passions with Australians of all ages at over ten thousand gigs throughout his adopted homeland. In the process he has amassed more #1 albums in Australia than the Beatles: four with Cold Chisel and eleven as a solo artist, including the iconic For the Working Class Man. Across his career Jimmy has sold over 12 million albums and he has been inducted into the ARIA Hall of Fame twice. Jimmy lives in New South Wales, with Jane, his wife of 35 years, their children, grandchildren and two schnauzers. As well as writing and recording new music and touring virtually non-stop, he is currently writing a series of children's books, working on the second volume of his memoirs and developing a spoken-word tour based on this book.