Fantastic Beasts and Where to Find Them: Illustrated Edition 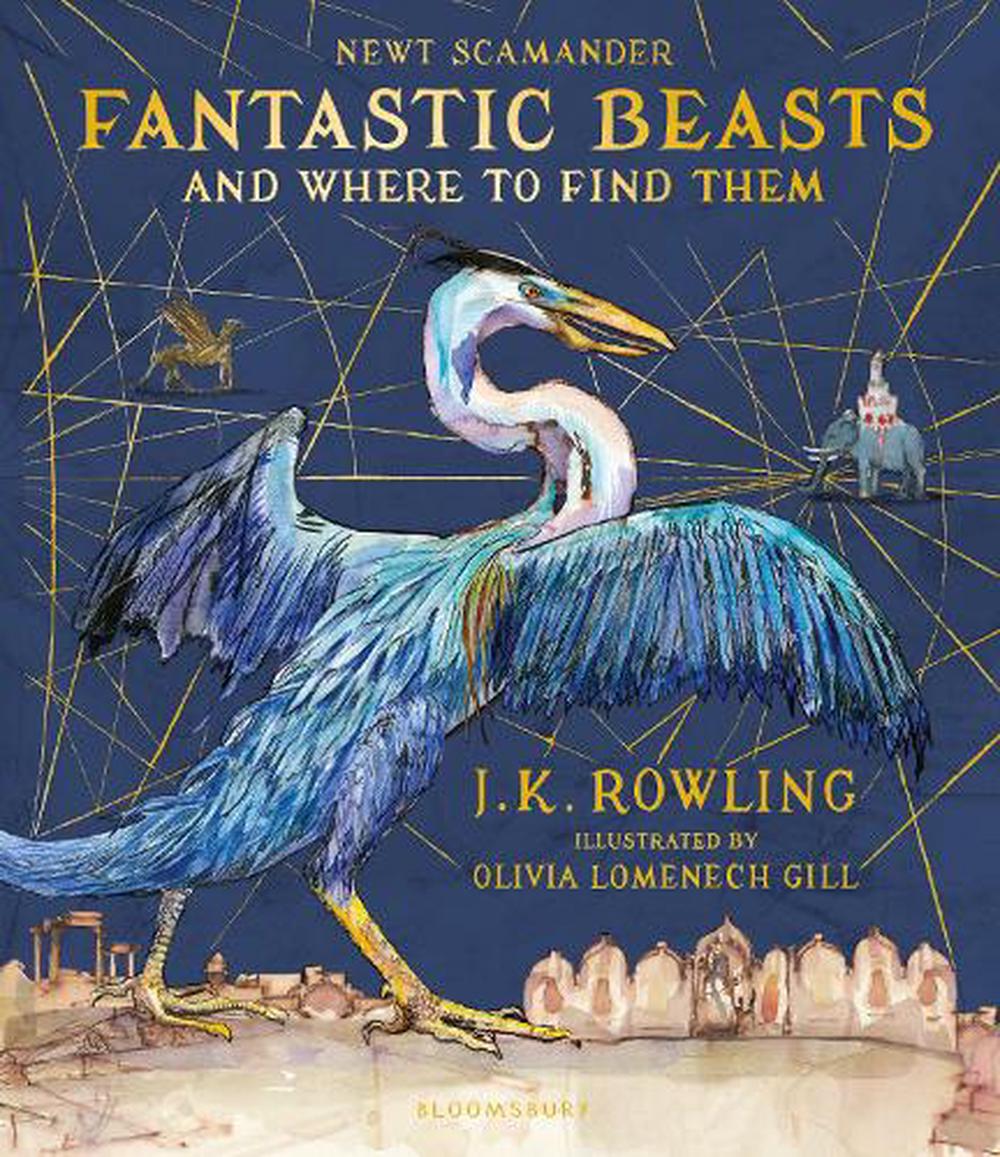 This glorious new edition of Newt Scamander's Fantastic Beasts and Where to Find Them (considered a classic throughout the wizarding world) features an extraordinary array of magical creatures, from Acromantula to Yeti via ten different breeds of dragon - all beautifully illustrated in full colour by the brilliantly inventive, Greenaway Medal shortlisted Olivia Lomenech Gill.

Famed Magizoologist Newt Scamander's years of adventure and exploration have yielded a work of unparalleled importance, admired by scholars, devoured by young witches and wizards, and even made available to Muggles in the early years of this century. With this dazzling illustrated edition, readers can explore the magical fauna of five continents from the comfort of their own armchairs. Fantastic Beasts and Where to Find Them is essential reading at Hogwarts.

J.K. Rowling is the author of the record-breaking, multi-award-winning Harry Potter novels. Loved by fans around the world, the series has sold over 450 million copies, been translated into 79 languages, and made into 8 blockbuster films. She has written three companion volumes in aid of charity: Quidditch Through the Ages and Fantastic Beasts and Where to Find Them (which were written in aid of Comic Relief and now support both Comic Relief and Lumos), and The Tales of Beedle the Bard (in aid of Lumos), as well as a screenplay inspired by Fantastic Beasts and Where to Find Them. J.K. Rowling has also collaborated on a stage play, Harry Potter and the Cursed Child Parts One and Two, which opened in London's West End in the summer of 2016. In 2012, J.K. Rowling's digital company Pottermore was launched, where fans can enjoy her new writing and immerse themselves deeper in the wizarding world. J.K. Rowling has written a novel for adult readers, The Casual Vacancy, and also writes crime novels under the pseudonym Robert Galbraith. She has received many awards and honours, including an OBE for services to children's literature, France's Legion d'honneur and the Hans Christian Andersen Award.

Olivia Lomenech Gill has a first class degree in Theatre at Hull University and an MA in Printmaking at Camberwell College of Art. She has built her career as a professional fine artist and has been exhibited at all the major London Art Fairs. Olivia's first professional illustration commission, Where My Wellies Take Me, written by Michael and Clare Morpurgo, was shortlisted for the Kate Greenaway Medal and won the English Association Picture Book Award. Olivia lives and works in north Northumberland in a timber studio she built by hand with her husband, a paper conservator. They also have a workshop in a nearby village which houses Olivia's three tonne printing press.

No wizarding household is complete without a copy Albus Dumbledore

No wizarding household is complete without a copy

Prepare to be dazzled by the wild wonders of the wizarding world in this sumptuously illustrated full-colour edition of Fantastic Beasts and Where to Find Them by J.K. Rowling (writing as Magizoologist Newt Scamander), illustrated by Olivia Lomenech Gill

With the original text - complete and unabridged - and including an exciting new foreword from J.K. Rowling (writing as Newt Scamander) and six new beasts