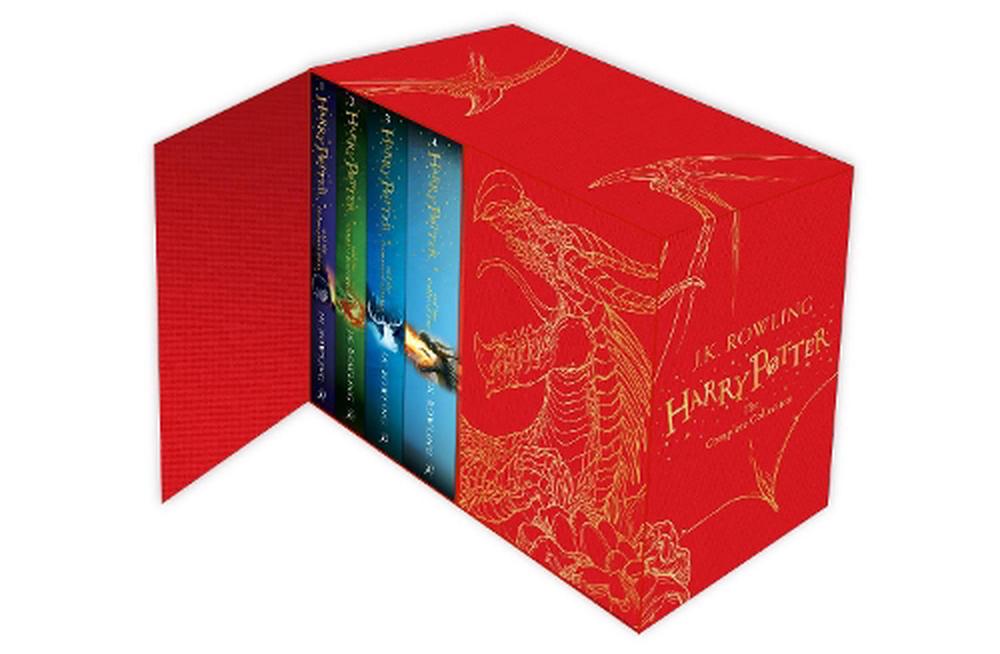 A beautiful boxed set containing all seven Harry Potter novels in hardback. These new editions of the classic and internationally bestselling, multi-award-winning series feature instantly pick-up-able new jackets by Jonny Duddle, with huge child appeal, to bring Harry Potter to the next generation of readers. It's time to PASS THE MAGIC ON .

Harry Potter and the Philosopher's Stone was J.K. Rowling's first novel, followed by the subsequent six titles in the Harry Potter series, as well as three books written for charity: Fantastic Beasts and Where to Find Them, Quidditch Through the Ages and The Tales of Beedle the Bard. The Harry Potter novels have now sold over 450 million copies worldwide and been translated into 77 languages.

I've yet to meet a ten-year-old who hasn't been entranced by its witty, complex plot and the character of the eponymous Harry Independent Spellbinding, enchanting, bewitching stuff Mirror Teachers say a chapter can silence the most rowdy of classes Guardian One of the greatest literary adventures of modern times Sunday Telegraph The Harry Potter stories will join that small group of children's books which are read and reread into adulthood TLS

Perfect.
By Michaela
By Amber