ISBN: 9780099546771
ANNOTATION:
Harry Hole faces a new rising enemy. 'A page-turner you won't want to put down' Time Out Harry knows he shouldn't get involved. A report of a rare and unusual gun - a type favoured by assassins - being smuggled into the country sparks Detective Harry Hole's interest. 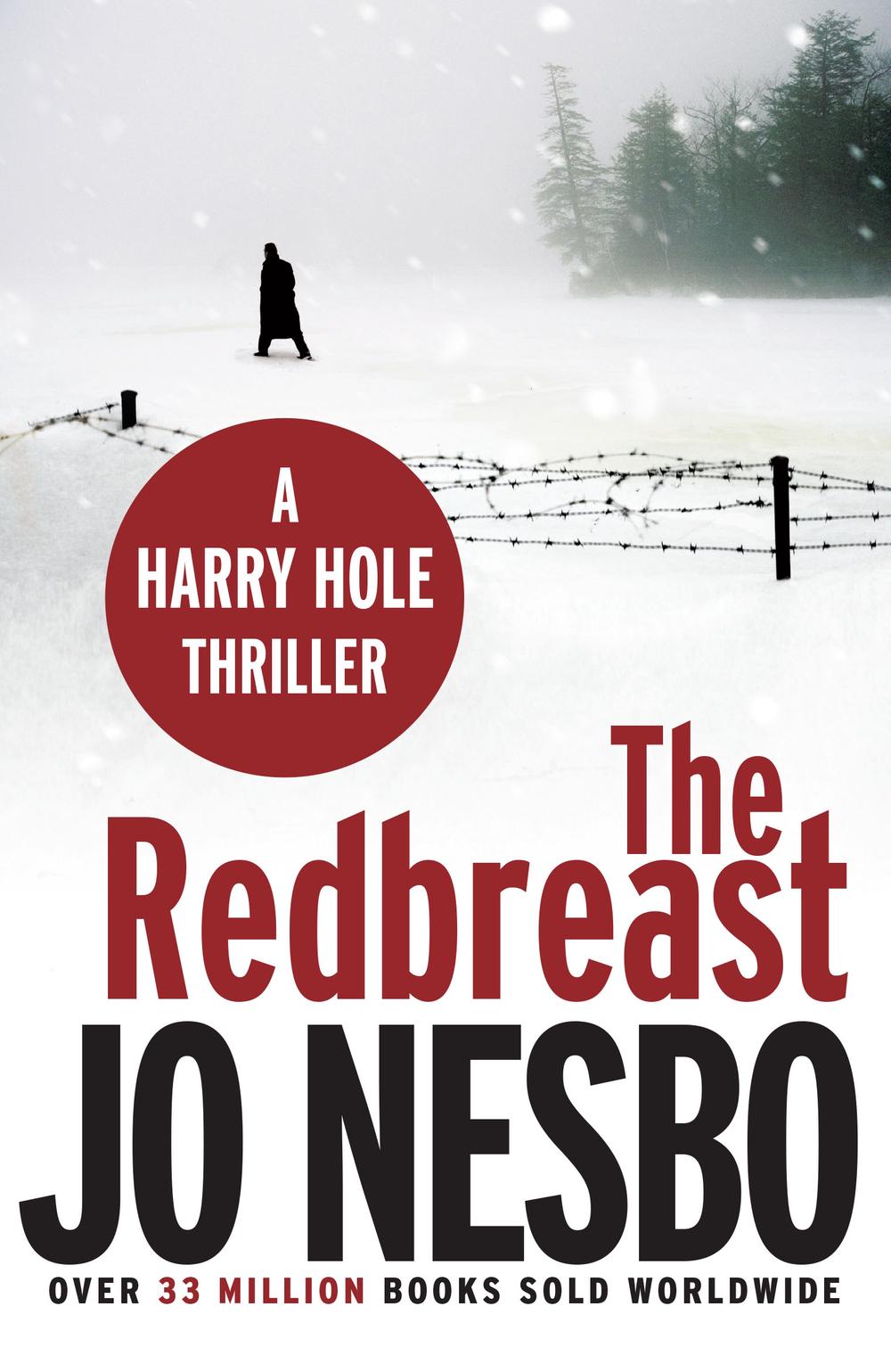 OTHER FORMATS:
ISBN: 9780099546771
ANNOTATION:
Harry Hole faces a new rising enemy. 'A page-turner you won't want to put down' Time Out Harry knows he shouldn't get involved. A report of a rare and unusual gun - a type favoured by assassins - being smuggled into the country sparks Detective Harry Hole's interest.

'A page-turner you won't want to put down' Time Out

Harry knows he shouldn't get involved.

A report of a rare and unusual gun - a type favoured by assassins - being smuggled into the country sparks Detective Harry Hole's interest.

Harry Hole, drunkard, loner and brilliant detective is reassigned to surveillance after a high profile mistake.

He's bored by his new job until a report of a rare and unusual gun being fired sparks his interest because of its possible links to Neo Nazi activity. Then a former soldier is found with his throat cut. Next Harry's former partner is murdered. Why had she been trying to reach Harry on the night her head was smashed in? The investigation leads Harry to suspect that the crimes have their roots in the battlefields of Eastern Front during WWII. In a quest that takes him to South Africa and Vienna, Harry finds himself perpetually one step behind the killer. He will be both winner and loser by the novel's nail-biting conclusion.

The Redbreast. He's your judge, jury and executioner...

And he must be stopped

Reassigned, having caused a high-profile embarrassment, Detective Harry Hole is bored with his new job in surveillance. Then he receives a report of a rare and unusual gun, with possible links to Neo Nazi activity, being smuggled into the country. When a former Nazi sympathiser is found with his throat slit, Harry suspects a connection between the two cases. The ensuing investigation leads him to suspect that the crimes have their roots in the battlefields of the Eastern Front during World War Two, but as the bodies mount up it soon becomes clear that the killer is hell-bent on serving his own justice. But who is he? And why was Harry's former partner trying to reach Harry on the night she was murdered?

Jo Nesbo is a musician, songwriter, economist and author. His first crime novel featuring Harry Hole was published in Norway in 1997 and was an instant hit, winning the Glass Key Award for best Nordic crime novel (an accolade shared with Peter Hoeg, Henning Mankell and Stieg Larsson). Phantom is the seventh of Nesbo's Harry Hole novels to be translated into English and the first Harry Hole novel to be published after the number-one bestseller, The Leopard. Check out

Norway's finest crime writer... Nesbo clearly demonstrates his skill at executing expertly-crafted, well-paced thrillers that he sustains to the very end in a compelling fashion. As first novels go, The Redbreast and The Devil's Star are as accomplished as any reader is likely to experience Daily Express Scary...culminates in a nail-biting episode with overtones of The Day of the Jackal Independent A complex, utterly captivating story Evening Standard A page-turner you won't want to put down Time Out THE NEXT STIEG LARSSON INDEPENDENT

Not all angels are heaven sent. I am one such angel, and I have come to pass judgement on the living, and the dead...

"THE NEXT STIEG LARSSON"

“Nobody can delve into the dark, twisted mind of a murderer better than a Scandinavian thriller writer.” – Vogue “I place Nesb high up on the Scandinavian mystery league.” –Marcel Berlins, The Times “Exciting, witty, melancholy and thought-provoking, and he is well-served by his elegant translator, Don Bartlett, whom I bet many foreign crime novelists would kill to get hold of.” – Daily Telegraph "A page-turner you won't want to put down." - Time Out "Scary... culminates in a nail-biting episode with overtones of The Day of the Jackal ." - Independent

Not all angels are heaven sent. I am one such angel, and I have come to pass judgement on the living, and the dead...

1 Toll Barrier at Alnabru. 1 November 1999. A grey bird glided in and out of Harry''s field of vision. He drummed his fingers on the steering wheel. Slow time. Somebody had been talking about ''slow time'' on TV yesterday. This was slow time. Like on Christmas Eve before Father Christmas came. Or sitting in the electric chair before the current was turned on. He drummed harder. They were parked in the open area behind the ticket booths at the toll gate. Ellen turned up the radio a notch. The commentator spoke with reverence and solemnity. ''The plane landed fifty minutes ago, and at exactly 6.38 a.m. the President set foot on Norwegian soil. He was welcomed by the Mayor of Ullensaker. It is a wonderful autumn day here in Oslo: a splendid Norwegian backdrop to this summit meeting. Let us hear again what the President said at the press conference half an hour ago.'' It was the third time. Again Harry saw the screaming press corps thronging against the barrier. The men in grey suits on the other side, who made only a halfhearted attempt not to look like Secret Service agents, hunched their shoulders and then relaxed them as they scanned the crowd, checked for the twelfth time that their earpieces were correctly positioned, scanned the crowd, dwelled for a few seconds on a photographer whose telephoto lens was a little too long, continued scanning, checked for the thirteenth time that their earpieces were in position. Someone welcomed the President in English, everything went quiet. Then a scratching noise in a microphone. ''First, let me say I''m delighted to be here . . .'' the President said for the fourth time in husky, broad American-English. ''I read that a well-known American psychologist thinks the President has an MPD,'' Ellen said. ''MPD?'' ''Multiple Personality Disorder. Dr Jekyll and Mr Hyde. The psychologist thought his normal personality was not aware that the other one, the sex beast, was having relations with all these women. And that was why a Court of Impeachment couldn''t accuse him of having lied under oath about it.'' ''Jesus,'' Harry said, looking up at the helicopter hovering high above them. On the radio, someone speaking with a Norwegian accent asked, ''Mr President, this is the fourth visit to Norway by a sitting US President. How does it feel?'' Pause. ''It''s really nice to be back here. And I see it as even more important that the leaders of the state of Israel and of the Palestinian people can meet here. The key to --'' ''Can you remember anything from your previous visit to Norway, Mr President?'' ''Yes, of course. In today''s talks I hope that we can --'' ''What significance have Oslo and Norway had for world peace, Mr President?'' ''Norway has played an important role.'' A voice without a Norwegian accent: ''What concrete results does the President consider to be realistic?'' The recording was cut and someone from the studio took over. ''We heard there the President saying that Norway has had a crucial role in . . . er, the Middle Eastern peace process. Right now the President is on his way to --'' Harry groaned and switched off the radio. ''What is it with this country, Ellen?'' She shrugged her shoulders. ''Passed Post 27,'' the walkie-talkie on the dashboard crackled. He looked at her. ''Everyone ready at their posts?'' he asked. She nodded. ''Here we go,'' he said. She rolled her eyes. It was the fifth time he had said that since the procession set off from Gardemoen Airport. From where they were parked they could see the empty motorway stretch out from the toll barrier up towards Trosterud and Furuset. The blue light on the roof rotated sluggishly. Harry rolled down the car window to stick out his hand and remove a withered yellow leaf caught under the windscreen wiper. ''A robin redbreast,'' Ellen said, pointing. ''Rare to see one so late in autumn.'' ''Where?'' ''There. On the roof of the toll booth.'' Harry lowered his head and peered through the windscreen. ''Oh yes. So that''s a robin redbreast?'' ''Yep. But you probably can''t tell the difference between that and a redwing, I imagine?'' ''Right.'' Harry shaded his eyes. Was he becoming short-sighted? ''It''s a rare bird, the redbreast,'' Ellen said, screwing the top back on the thermos. ''Is that a fact?'' Harry said. ''Ninety per cent of them migrate south. A few take the risk, as it were, and stay here.'' ''As it were? '' Another crackle on the radio: ''Post 62 to HQ. There''s an unmarked car parked by the road two hundred metres before the turn-off for L