Boy in the Striped Pyjamas

PUBLISHED: 2nd August 2012
ISBN: 9780099572862
ANNOTATION:
Discover an extraordinary tale of innocence, friendship and the horrors of war. 'Some things are just sitting there, minding their own business, waiting to be discovered. 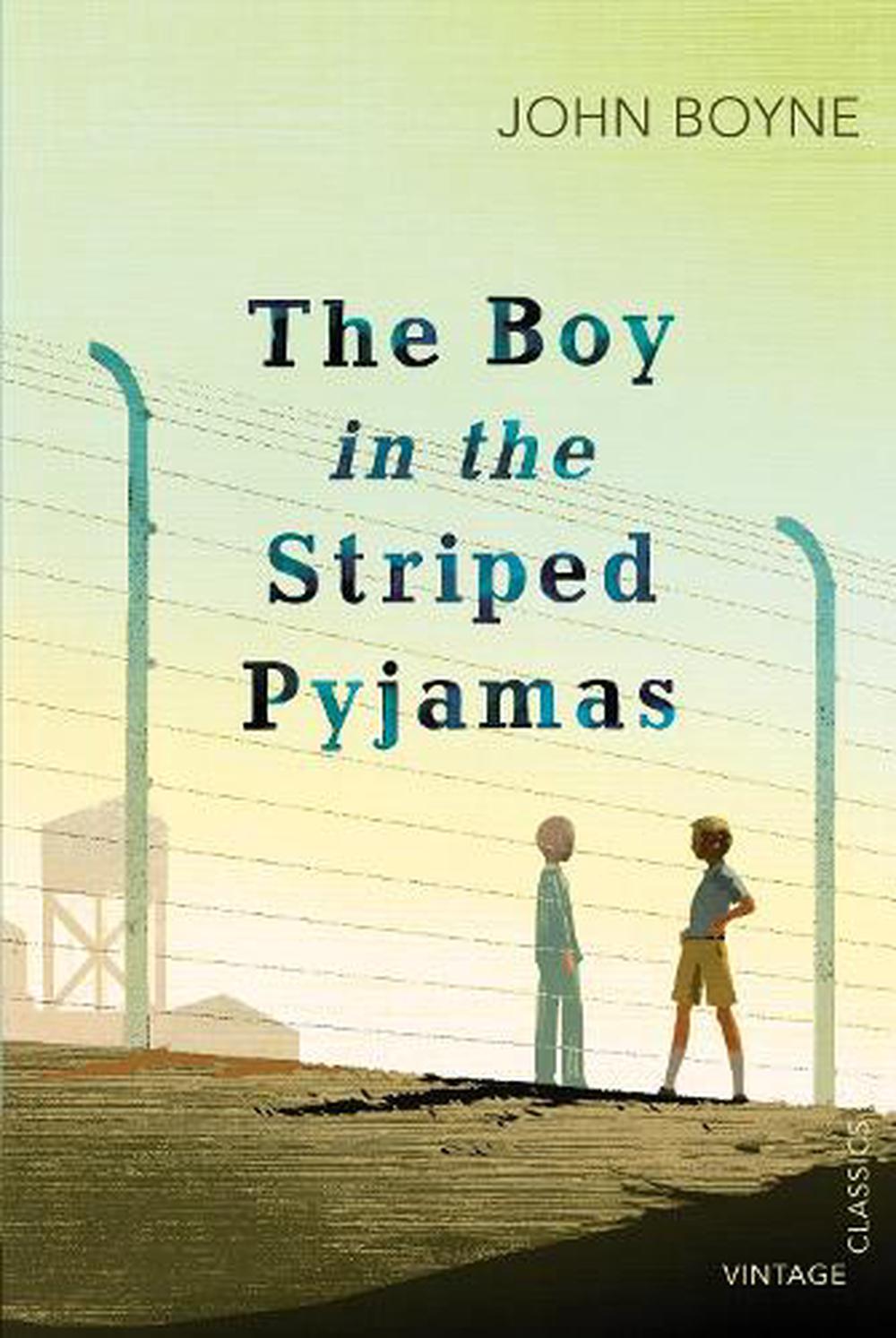 Discover an extraordinary tale of innocence, friendship and the horrors of war.

'Some things are just sitting there, minding their own business, waiting to be discovered.

'Some things are just sitting there, minding their own business, waiting to be discovered. Like America. And other things are probably better off left alone'

Nine-year-old Bruno has a lot of things on his mind. Who is the 'Fury'? Why did he make them leave their nice home in Berlin to go to 'Out-With' ? And who are all the sad people in striped pyjamas on the other side of the fence? The grown-ups won't explain so Bruno decides there is only one thing for it - he will have to explore this place alone. What he discovers is a new friend. A boy with the very same birthday. A boy in striped pyjamas. But why can't they ever play together?

BACKSTORY- Read an interview with the author JOHN BOYNE and learn all about the Second World War in Germany.

John Boyne was born in Ireland in 1971. He is the author of ten novels for adults, five for young readers and a collection of short stories. Perhaps best known for his 2006 multi-award-winning book The Boy In The Striped Pyjamas, John's other novels, notably The Absolutist and A History of Loneliness, have been widely praised and are international bestsellers. In 2015, John chaired the panel for the Giller Prize, Canada's most prestigious literary award. The Heart's Invisible Furies is his most ambitious novel yet.

"This novel is a fine addition to a once taboo area of history, at least where children's literature is concerned. It provides an account of a dreadful episode short on actual horror but packed with overtones that remain in the imagination. Plainly and sometimes archly written, it stays just ahead of its readers before delivering its killer punch in the final pages" Independent "An extraordinary tale of friendship and the horrors of war" Irish Independent "In this unforgettably moving Holocaust tale, nine-year-old Bruno is witness to events devastating in their tragedy" Irish Times "So what makes these different to any other set of classics? In a moment of inspiration Random House had the bright idea of actually asking Key stage 2 children what extra ingredients they could add to make children want to read. And does it work? Well, put it this way...my 13-year-old daughter announced that she had to read a book over the summer holiday and, without any prompting, spotted The Boy in the Striped Pyjamas...and proceeded to read it! Now, if you knew my 13-year-old daughter, you would realise that this is quite remarkable. She reads texts, blogs and tags by the thousand - but this is the first book she has read since going to high school, so all hail Vintage Classics!" National Association for the Teaching of English "A small wonder of a book" Guardian