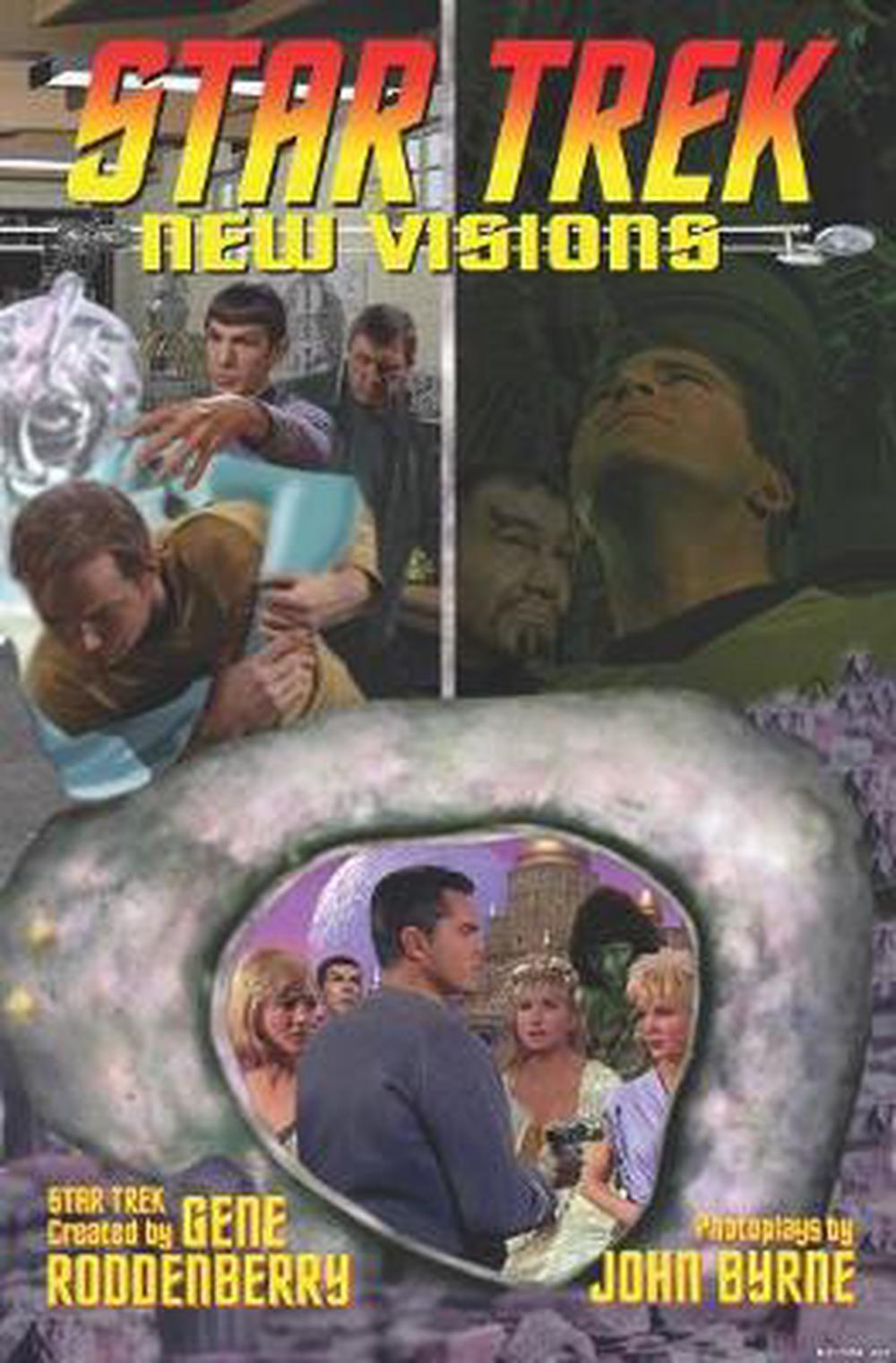 It's as close as fans will ever come to getting new episodes featuring the original cast. First, "The Enemy of My Enemy"... is not my friend. But when Kirk and Kor find themselves forced to work together against a common foe, does it mean a productive alliance, or a chance for deadly betrayal? Then, Kirk and his crew venture into the past, only to discover it is nothing like their history books teach--no trace of the devastation of World War III and the Eugenics Wars. What can have caused such a divergence? The answer is to be found in "An Unexpected Yesterday." Also includes a reinterpretation and adaptation of the TV episode "The Cage.

John Byrne is a comic-book writer and artist. Since the mid-1970s, Byrne has worked on many major American superheroes. Byrne's better-known work has been on Marvel Comics' X-Men and Fantastic Four and the 1986 relaunch of DC Comics' Superman franchise, the first issue of which featured comics' first variant cover. Coming into the comics profession exclusively as a penciler, Byrne began co-plotting the X-Men comics during his tenure on them, and launched his writing career in earnest with Fantastic Four (where he started inking his own pencils). During the 1990s he produced a number of creator-owned works, including Next Men and Danger Unlimited. He scripted the first issues of Mike Mignola's Hellboy series and produced a number of Star Trek comics for IDW Publishing. In 2015, Byrne and his longtime X-Men collaborator Chris Claremont were inducted into the comic book hall of fame.