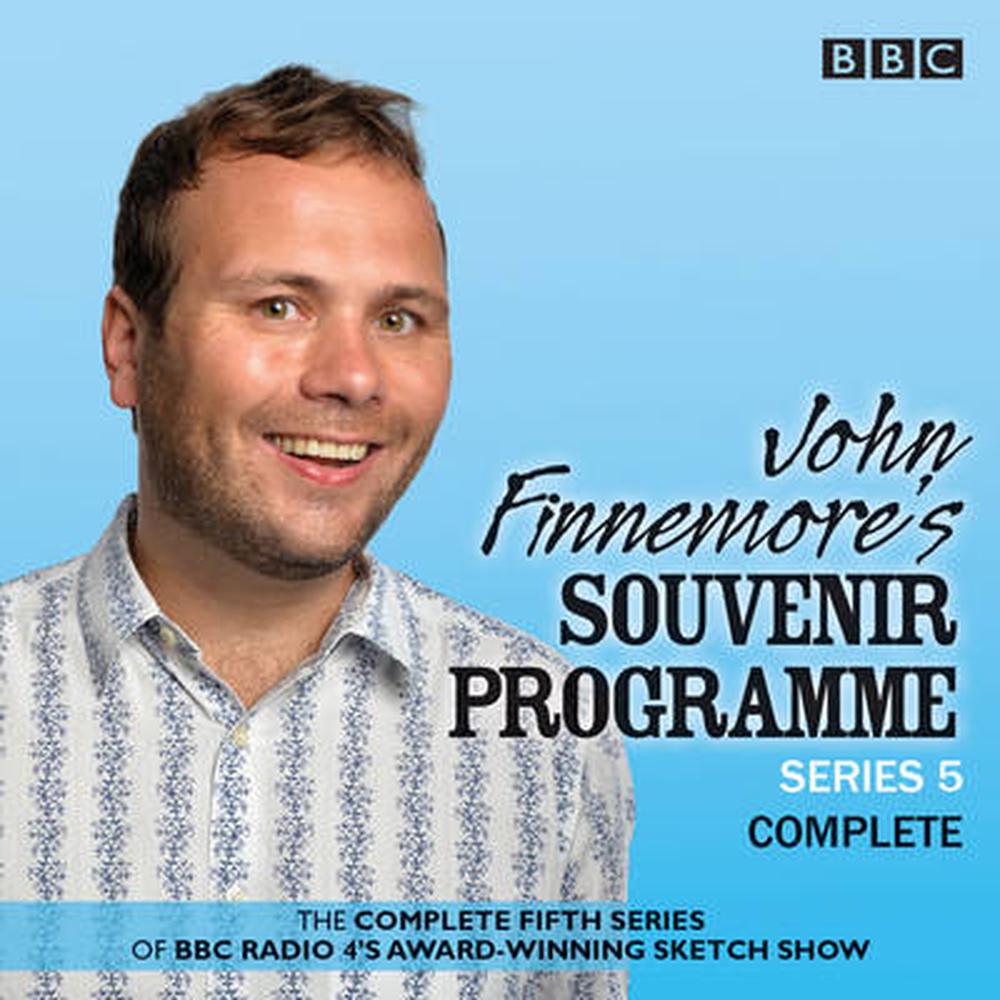 John Finnemore's Double Acts Series 1 is the winner of the Writers Guild Award for Best Radio Comedy and the Comedy.co.uk awards for Best Radio Sketch Show!

The complete fifth series of BBC Radio 4's award-winning sketch show, written by and starring the writer of Cabin Pressure . John Finnemore's Souvenir Programme has won a host of awards, including the 2015 BBC Audio Drama Award for Best Scripted Comedy with Live Audience. Written by and starring John Finnemore, this fifth series of the hit show returns with more witty wordplay and laugh-out-loud sketches. These six episodes include an unlikely wager, a troubled bluesman, a rip-roaring adventure on the high seas, a new approach to the News, and, well, since you asked him for a tale of espionage . . . In addition, the voices in John's head push him to the tipping point, we look back at a career in accounting, hear of an overrated experience and, we're sorry to say, Patsy Straightwoman returns with an interview sketch. John Finnemore's Souvenir Programme also features Margaret Cabourn-Smith, Simon Kane, Lawry Lewin, and Carrie Quinlan. Duration: 3 hours.

John Finnemore is a British comedy writer and actor, best known for his radio sitcom Cabin Pressure and his radio sketch show John Finnemore's Souvenir Programme, as well as for frequent appearances on other BBC Radio 4 comedy shows such as The Now Show. Cabin Pressure is a Pozzitive production, produced by David Tyler. His radio credits include Armando Iannucci's Charm Offensive, Cabin Pressure, Bigipedia, Kevin Eldon Will See You Now, Another Case Of Milton Jones, Jeremy Hardy Speaks To The Nation, The Brig Society, My First Planet, Giles Wemmbley Hogg Goes Off, The 99p Challenge, The Castle, The 3rd Degree and even, going back a bit, Radio Active. His TV credits include Paul Merton - The Series, Spitting Image, Absolutely, The Paul & Pauline Calf Video Diaries, Coogan's Run, The Tony Ferrino Phenomenon and exec producing Victoria Wood's dinnerladies.

"One of the most consistently funny sketch shows for quite some time." -- Guardian

The complete fifth series of BBC Radio 4's award-winning sketch show, written by and starring the writer of Cabin Pressure.