Rocks in the Belly 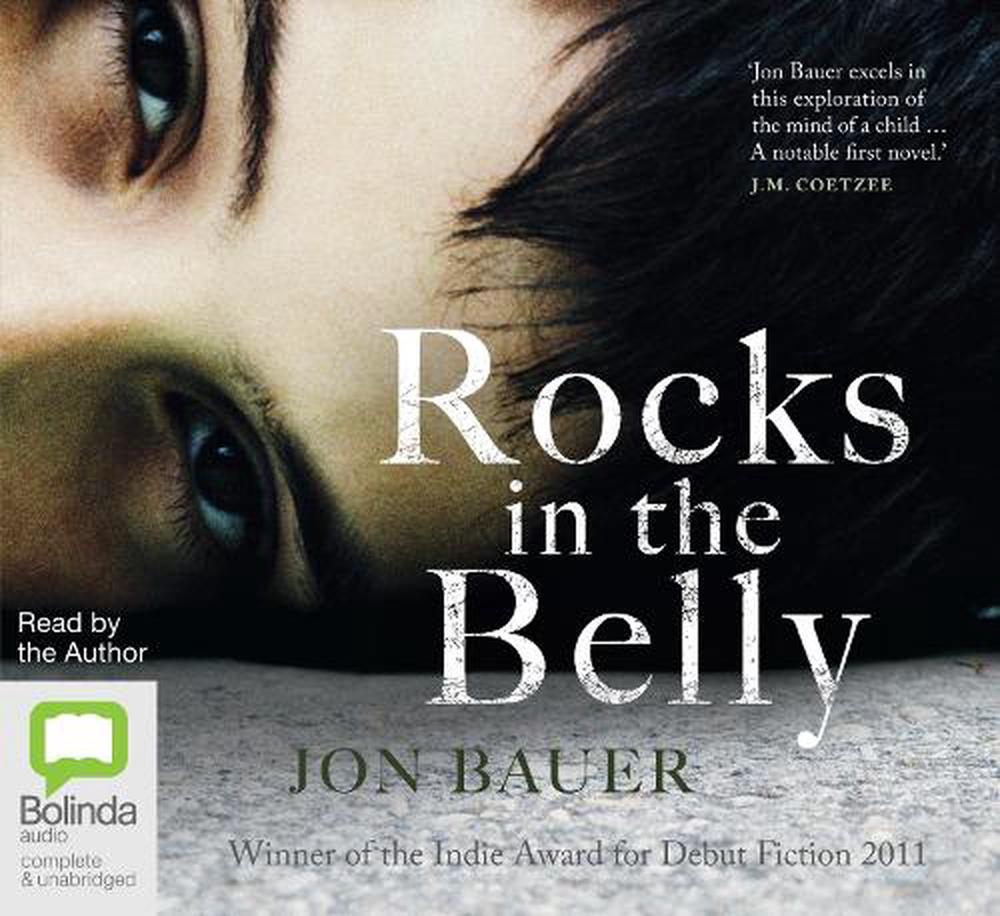 Rocks in the Belly is about a precocious eight-year-old boy and the volatile adult he becomes. During childhood his mother fosters boys, despite the jealous turmoil it arouses in her son. Jealousy that reaches unmanageable proportions when she fosters Robert, an amiable child she can't help bonding with. Until the bond triggers an event that profoundly changes everyone. Especially Robert. At twenty-eight the son returns to face his mother. He hasn't forgiven her for what happened to Robert. But now she's the dependent one and he the dominant force - a power he can't help but abuse. Written in two startlingly original voices, Rocks in the Belly is about the destruction we wreak on one another in the pursuit of our own happiness; how we never escape our upbringing; and a stark reminder that the most dangerous place for a child is within the family. A compelling, powerful, and yet beautiful and funny novel.

Born in England, Jon Bauer is the author of short stories and plays for stage and radio. He has now lived in Australia for ten years and has travelled extensively - he's driven from the UK to Greece, across Canada and right around Australia. Rocks in the Belly is his first novel.

More about John, together with his journal, can be found at Born in England, Jon Bauer is the author of short stories and plays for stage and radio. He has now lived in Australia for ten years and has travelled extensively - he's driven from the UK to Greece, across Canada and right around Australia. Rocks in the Belly is his first novel.

More about John, together with his journal, can be found at

"John Bauer excels in this exploration of the mind of a child who, however intelligent and funny he may be, is nonetheless deeply unsure of himself. A notable first novel." -- J.M. Coetzee "Kept me pinned to the page." -- The Age "This is such a beautifully choreographed, sensitive and accessible novel, it's hard to believe it's Bauer's first ... Bauer's orchestration of grief and comedy, innocence and pessimism is reminiscent of Kirsty Gunn's brilliant childhood tragedy Rain, and has emotional honesty that matches the best Helen Garner." -- Australian Literary Review "An ambitious, darkly disturbing, challenging and well-written debut novel." -- Marie Claire "Bauer ruthlessly pokes dark and unpleasant psychological recesses and does not shy away from discomfort. Guilt, shame, malice, anger and neglect are the pressure points here. This makes for gripping reading. Each voice - the child and the man - is compelling and complex. Bauer perfectly catches the uncertainty of a deeply insecure child who does not want to share his mother's love, and neatly displays the ambiguity of the situation ... This is a largely tragic book, but it speaks in a mesmerising voice a brutal truth about the intensity of family relationships." -- The Sunday Telegraph "This raw story is often difficult to listen to. The nameless main character is deeply damaged and resentful because his parents, particularly his mother, chose to foster children throughout his childhood. And she seems to feel closer to one child, in particular, than she does to him. Author-narrator Jon Bauer portrays the story's two alternating viewpoints: that of the 8-year-old child and that of the same young man 20 years later as a volatile adult. Bauer graphically portrays both the man and his mother, who is later at her son's mercy as she battles cancer and suffers from dementia. Fortunately, the father's more compassionate nature offers a respite from the negativity and pain between the mother and son. A story that offers insight into complex family dynamics." -- AudioFile Magazine