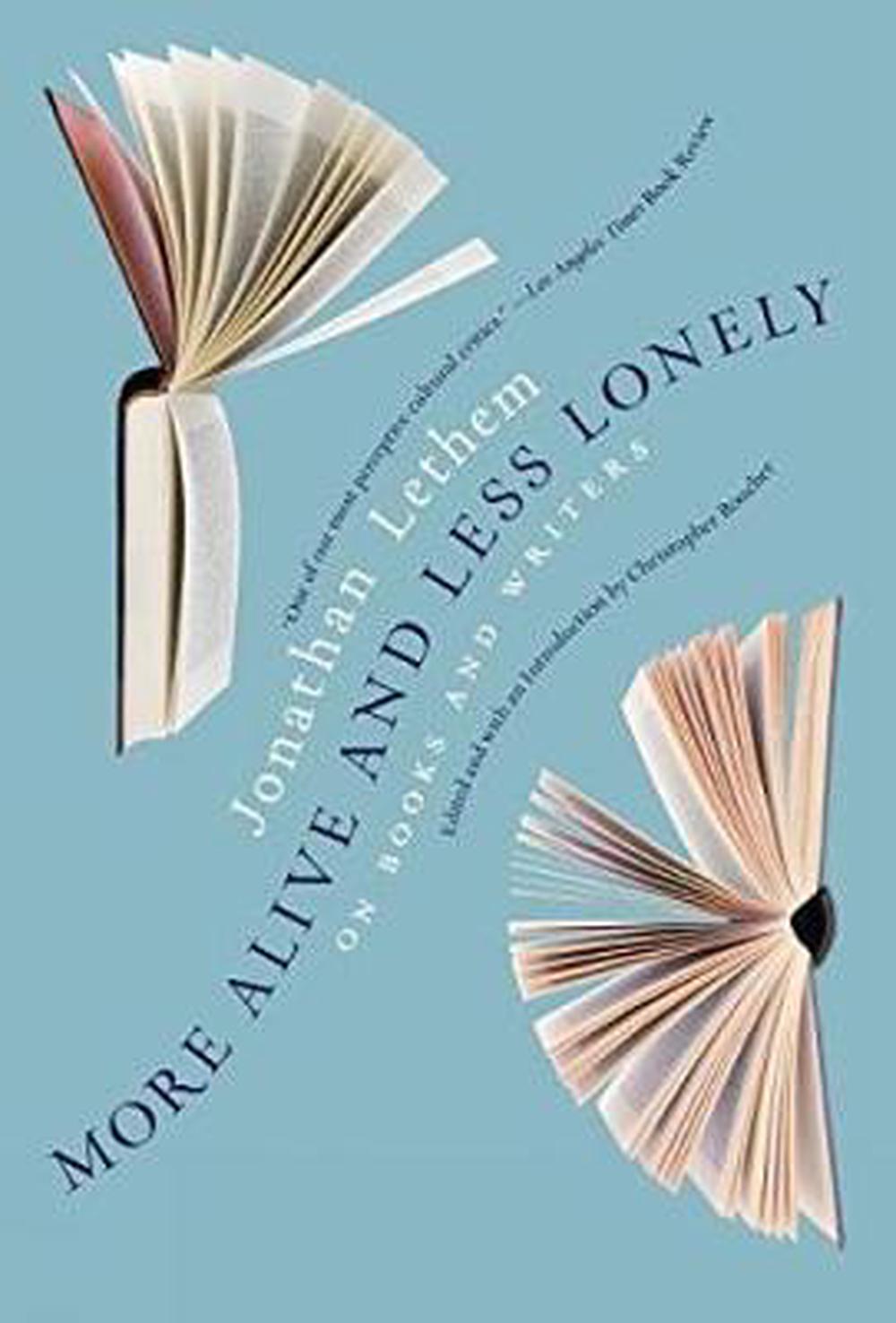 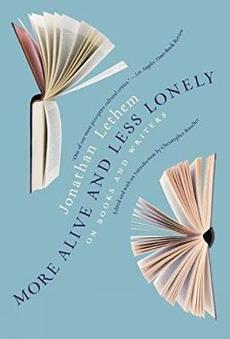 On Books and Writers.

With impassioned appeals for forgotten writers and overlooked books, razor-sharp essays, and personal accounts of extraordinary literary encounters, Jonathan Lethem's More Alive and Less Lonely is an essential celebration of literature, from one of America's finest and most acclaimed working writers. Only Lethem, with his love of cult favourites and the canon alike, can write with equal insight about the stories of modern masters like Lorrie Moore and Salman Rushdie, graphic novelist Chester Brown, science fiction outlier Philip K. Dick, and classics icons like Moby-Dick.

JONATHAN LETHEM is the New York Times bestselling author of nine novels, including Dissident Gardens, The Fortress of Solitude, and Motherless Brooklyn; three short story collections; and two essay collections, including The Ecstasy of Influence, which was a National Book Critics Circle Award finalist. A recipient of the MacArthur Fellowship and winner of the National Book Critics Circle Award for Fiction, Lethem's work has appeared in The New Yorker, Harper's Magazine, Rolling Stone, Esquire, and The New York Times, among other publications.

Editor Christopher Boucher is a professor of English at Boston College, editor of Post Road magazine, and author of the novels How to Keep Your Volkswagen Alive and Golden Delicious, both from Melville House.

"Lethem is literature's ultimate fanboy...[His] earnestness is satisfying, but it's his vulnerability, his willingness to expose his own flaws, that endears...Lethem's words remind of us of our own rabid fandoms." --The New York Times Book Review "Incisive, colorful, and insightful...beguiling." --Publishers Weekly

"Lethem is one of our most perceptive cultural critics, conversant in both the high and low realms, his insights buffeted by his descriptive imagination." --The Los Angeles Times Book Review

"Lethem is, of course, a king of sentences . . . His talent is large." --The New York Times Book Review

"Lethem is literature's ultimate fanboy...[His] earnestness is satisfying, but it's his vulnerability, his willingness to expose his own flaws, that endears...Lethem's words remind of us of our own rabid fandoms."

A collection of bestselling, NBCC prize-winning author Jonathan Lethem's finest writing on the subject of writers and writing

Prize-winning, bestselling author - this is a follow-up to the critically acclaimed The Ecstasy of Influence. Addresses everyone from Charles Dickens and Herman Melville to Thomas Pynchon, David Foster Wallace and Lorrie Moore. Intimate interviews, essays, introductions to both monumental and overlooked writers, transcripts and anecdotes.