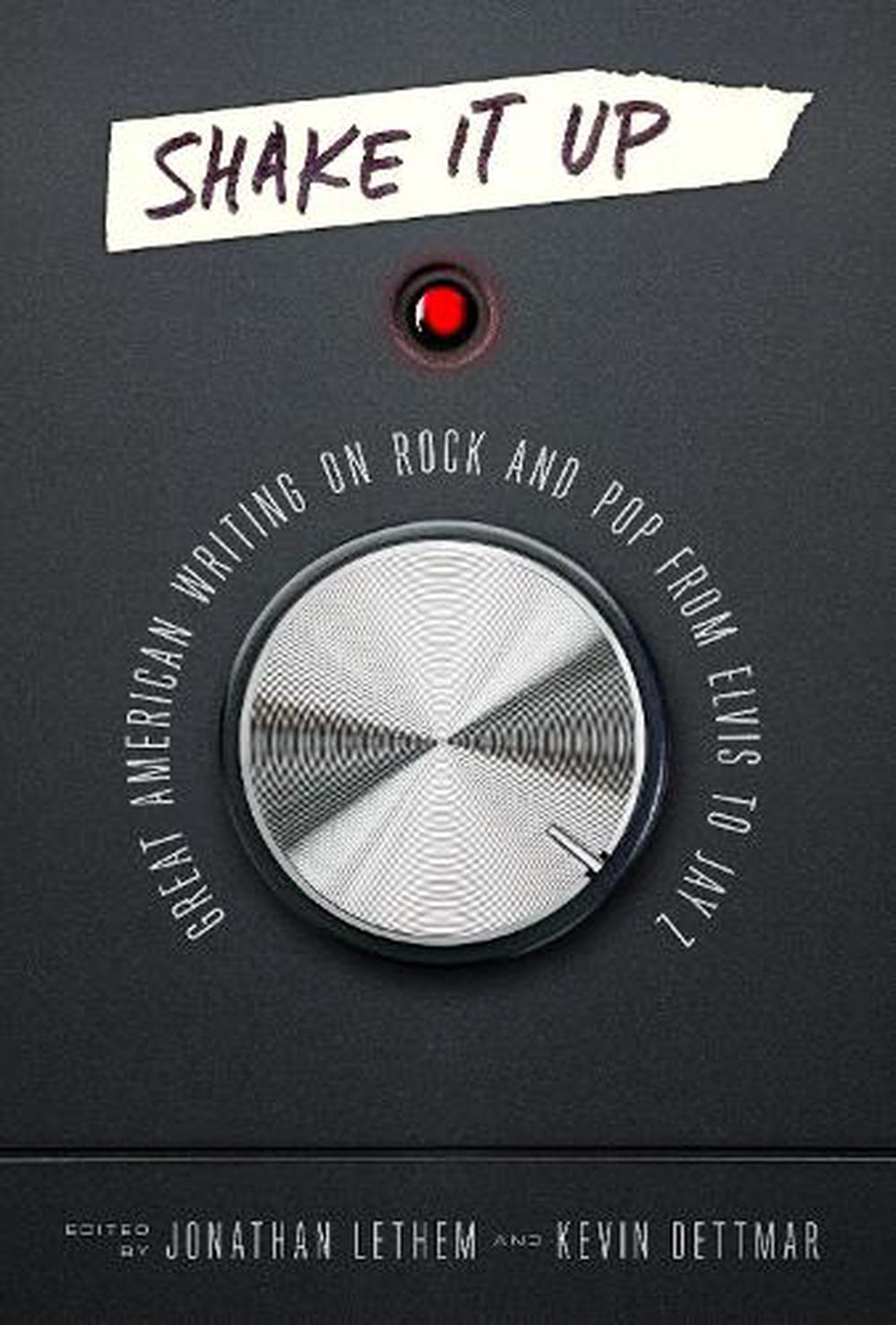 "A Library of America Special Publication."

In Shake It Up, Jonathan Lethem (The Fortress of Solitude) and Kevin Dettmar (Is Rock Dead?) offer a hit parade of the most outspoken and distinctly personal voices from a half century of writing about rock and pop music. Here is Lester Bangs on Elvis Presley, Lenny Kaye on doo wop, Ellen Willis on Janis Joplin, Nick Tosches on Jerry Lee Lewis, Nat Hentoff and Luc Sante on Bob Dylan, Nelson George on Marvin Gaye, Eve Babitz on Jim Morrison, Greg Tate on Kanye West, Jessica Harper on emo, Elijah Wald on The Beatles, and Greil Marcus on Christian Marclay's Guitar Drag. Rock music changed America, and Shake It Up reveals that the generation of writers that grew up with it found ways to write about it that mirrored the music's freedom, homemade inventiveness, and rebellious energy. High culture, pop culture, roots culture, the politics of race and gender, philosophical speculation, poetic exploration, and just plain obsessive enthusiasm all came together in a mix that articulated what had been implicit in the music and certified that rock and roll had both an aesthetic and a social significance that demanded critical response. The scope of rock writing has continued to deepen and widen as the music itself has gone through repeated transformations in the eras of punk and hip hop. In probing the roots of America's most popular music and giving voice to its widest implications and influences, these writers created a critical canon as cutting edge as the music they were writing about.

"Excellent. . . . A feast of rock writing, freewheelin', funny, and deep." --Bruce Handy, New York Times Book Review "A vivid cross-section of a half century's worth of American music writing. . . . Lethem and Dettmar have made their selections both rightly and righteously." --Jack Hamilton, NewYorker.com

"There are so many hits that this smart anthology mostly feels like a dream jukebox." --Dwight Garner, New York Times

"Will remind you of just about everything you love about music." --PopMatters.com

"Pop writing, at its best, doesn't know the difference between desire and theory, which is precisely the reason for its power and its persistence. Lethem and Dettmar's expansive anthology renders this wild, polychrome tradition, and the state of play today, with gusto." Ben Ratliff, author of Every Song Ever

"Pop writing, at its best, doesn't know the difference between desire and theory, which is precisely the reason for its power and its persistence. Lethem and Dettmar's expansive anthology renders this wild, polychrome tradition, and the state of play today, with gusto."

The essential playlist of great writing about the music that rocked America, from rockabilly and doo-wop to punk and hip-hop.