Vintage Tattoo Flash: 100 Years of Traditional Tattoos from the Collection of Jonathan Shaw 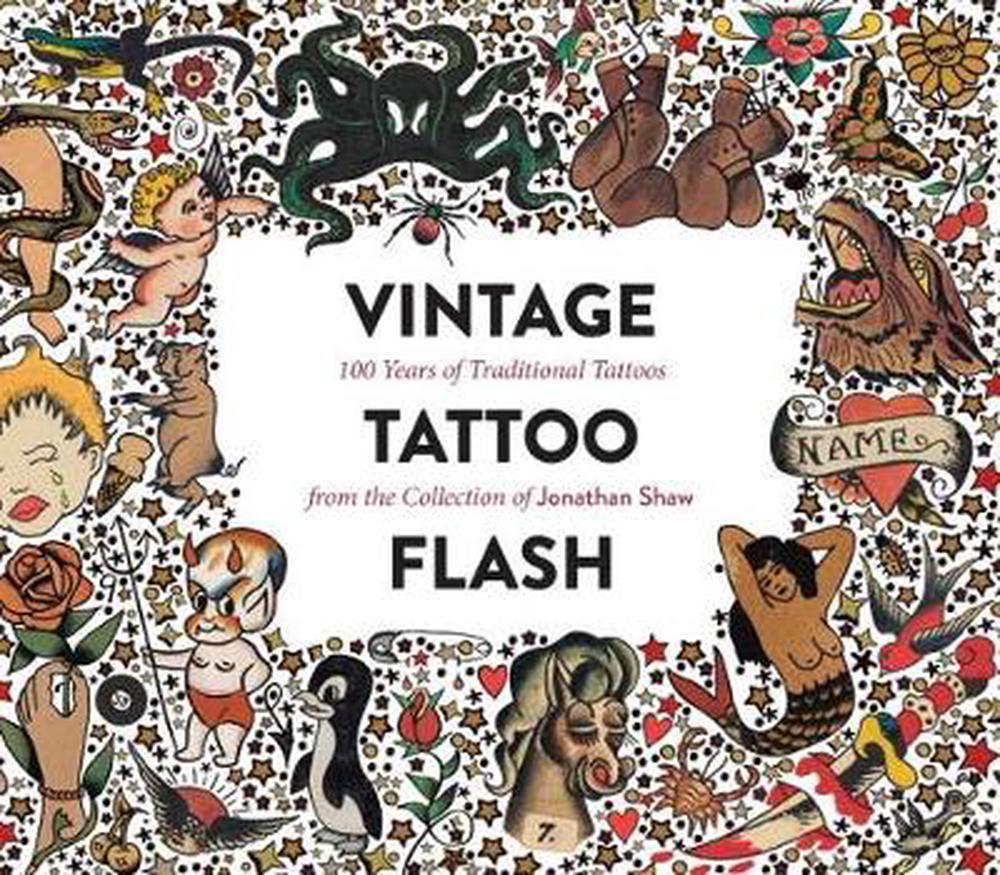 Vintage Tattoo Flash draws from the personal collection of Jonathan Shaw - renowned outlaw tattooist and author - and represents a selection of over 300 pieces of flash from one of the largest private collections in existence. Vintage Tattoo Flash spans the first roughly 75 years of American tattooing from the 1900s Bowery, to 50s Texas, through the Pike in the 60s and the development of the first black and grey, single-needle tattooing in LA in the 70s. This is a beautiful and serious addition to the understanding of tattoo art.

Shaw has a fascination with the conceptual, theoretical and mechanical relationships which exist between time, movement and the still image. His work has been used in advertising/commercial design/exhibitions/installations/interactive film/public art and publications. Commissioned work includes work for Volkswagen, the Manhatten Loft Corporation and Nigel Coates' book A guide to Ectacity.

"Few have dipped so deeply or functioned so extensively in the cultural underbelly of our world than the notorious artist and adventurer, Jonathan Shaw." -Robert Williams

"Ranks with the best." -Johnny Depp

"A living example of human indestructibility that is hard to surpass." -Eugene Hutz (Gogol Bordello)

"Jonathan Shaw is an acknowledged master craftsman of the present era." -SECONDS

"Jonathan Shaw (is) a subversive and criminal inhabitant of the world of human expression." -Jim Jarmusch

''Jonathan Shaw is the great nightmare anti-hero of the new age.'' -Iggy Pop

"The images in the book, much like the bodies of those whose skin they adorned, read like a history of the cultural concerns of the time--from early nautical and military themes of patriotism and seafaring to the popular cartoon characters of a given era and our ever-shifting views on death, birth, and sex." --Esquire

"The pieces in Vintage Tattoo Flash come from the last century, but the highest concentration of work is from the 1900s to the 1960s. They represent much of the familiar iconography of American tattooing: ships, half-dressed women, birds of prey, panthers, daggers, roses, and, yes, hearts emblazoned with mom. What's fascinating to see, by leafing through Shaw's collection, is how the art form has evolved in the last hundred years. By the 1950s and '60s, the Sailor Jerry-esque American traditional designs begin to shift into different territory, influenced by other styles of tattooing: a touch of traditional Japanese here, a hint of realism there." --Men's Journal

As seen on: The Guardian Graphics LA Weekly Ponyboy Magazine