Torbjorn Kvasbo: Ceramics: Between the Possible and the Impossible

ISBN: 9783897903777
ANNOTATION:
The first comprehensive publication on the extraordinary ceramics by this important Norwegian artist. 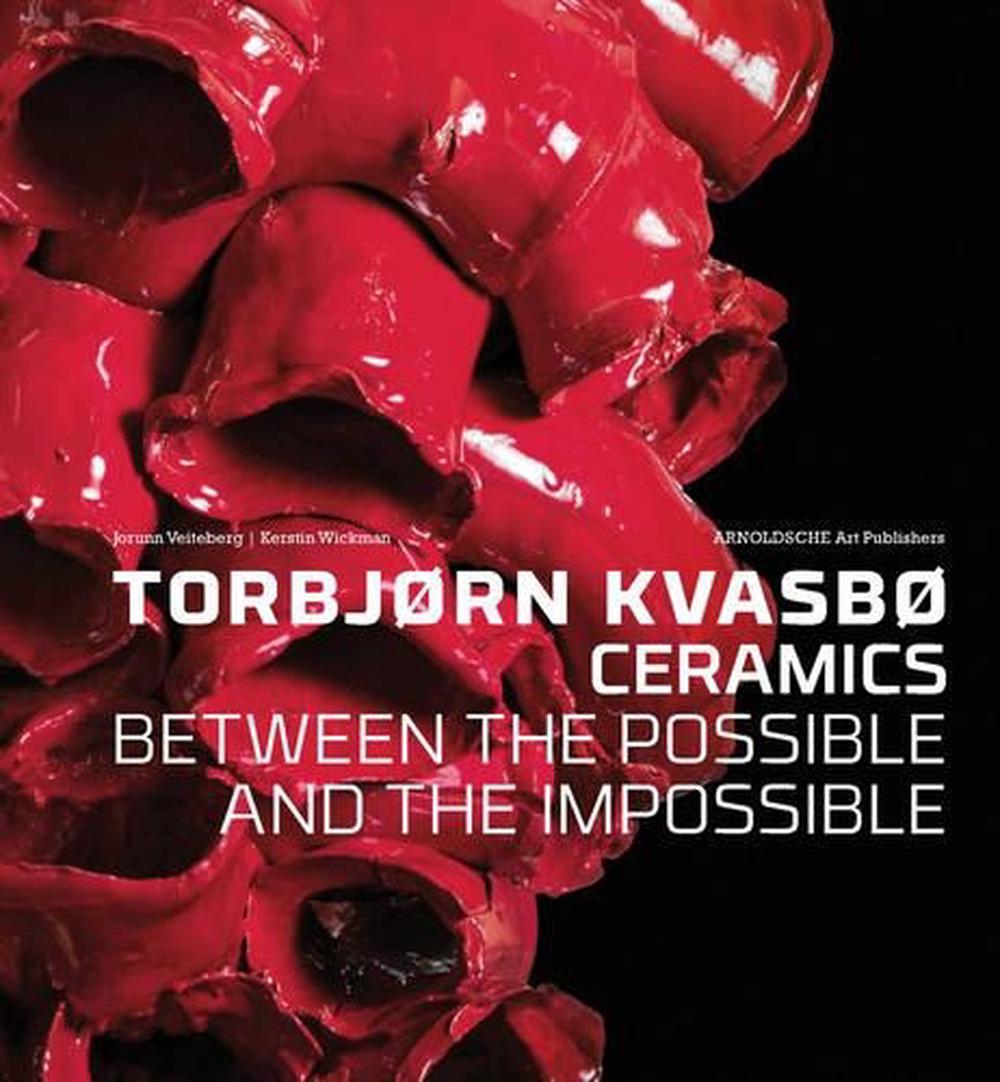 OTHER FORMATS:
ISBN: 9783897903777
ANNOTATION:
The first comprehensive publication on the extraordinary ceramics by this important Norwegian artist.

The first comprehensive publication on the extraordinary ceramics by this important Norwegian artist.

Torbjorn Kvasbo (born in 1953) is one of the most fascinating and influential representatives of contemporary ceramics, not only in Norway but worldwide. Since the nineteen-seventies, his works have been exploring the possibilities and potential of various types of clay, different firing techniques and both familiar and unfamiliar forms. From the utility objects of his earliest years, he has moved on to objects including chests, houses and troughs, as well as works that have strong associations with human skin and body parts. In later years, colours have played a more important role, which - in combination with a recurring tube form - has resulted in dynamic and monumental stacks that are energetic, expressive, and emotional. This publication traces Kvasbo's artistic development from 1977 to today.

The art historian Jorunn Veiteberg works as an art critic and has worked as the head of the arts section of Norwegian television. Nowadays she is a freelance author and professor of the curatorial programme at Bergen Academy of Art and Design. she is also the co-author for several other Arnoldsche titles: Sigurd Bronger: Laboratorium Mechanum ISBN: 9783897903456, Konrad Mehus: Form Follows Fiction ISBN: 9783897903456, Leonard Rickhard: Paintings ISBN: 9783897903722 and From the Coolest Corner: Nordic Jewellery ISBN: 9783897903739. Kerstin Wickman was most recently professor in design history at the Konstfack University College of Arts, Crafts and Design, Stockholm, Sweden. She was co-curator, with Widar Halen, for the exhibition and book Scandinavian Design Beyond the Myth: 50 Years of Design from the Nordic Countries, Stockholm, 2003. From 1973 to 1999 she was design editor at Form, the magazine of the Swedish Society of Crafts and Design [Svensk Form].

The Norwegian Torbjorn Kvasbo (b. 1953) is considered a leading figure in the field of contemporary ceramic art. He exhibits regularly in Asia, Europe and the US and achieved a unique status as an artist and pioneer, and also as a teacher with widespread influence having been actively engaged in restructuring the art schools where he taught. The art historian Jorunn Veiteberg analyses in this publication Kvasbo's works from 1977 to the present day. Most critics have described his objects as forms inspired by nature, by lava eruptions or landscapes. Veiteberg is critical of this and sees them more as bodily expressions. Kerstin Wickmann, design historian and former professor at Konstfack in Stockholm, discusses Kvasbo's twelve years as teacher in Stockholm and his influence on his students and the educational system.Torbjorn Kvasbo's work is represented in numerous international museums and private collections, such as the National Museum, Stockholm/SE, Designmuseum Danmark, Copenhagen/DK, The National Museum of Art, Architecture and Design, Oslo/NO, Auckland Institute and Museum/NZ, Museum of Modern Ceramic Art, Gifu Ceramics-Park Mino, Gifu/JP, World Ceramic Exposition/KOR, Daum Museum of Contemporary Art, Sedalia MO/US.