A Year with Peter Drucker: 52 Weeks of Coaching for Leadership Effectiveness 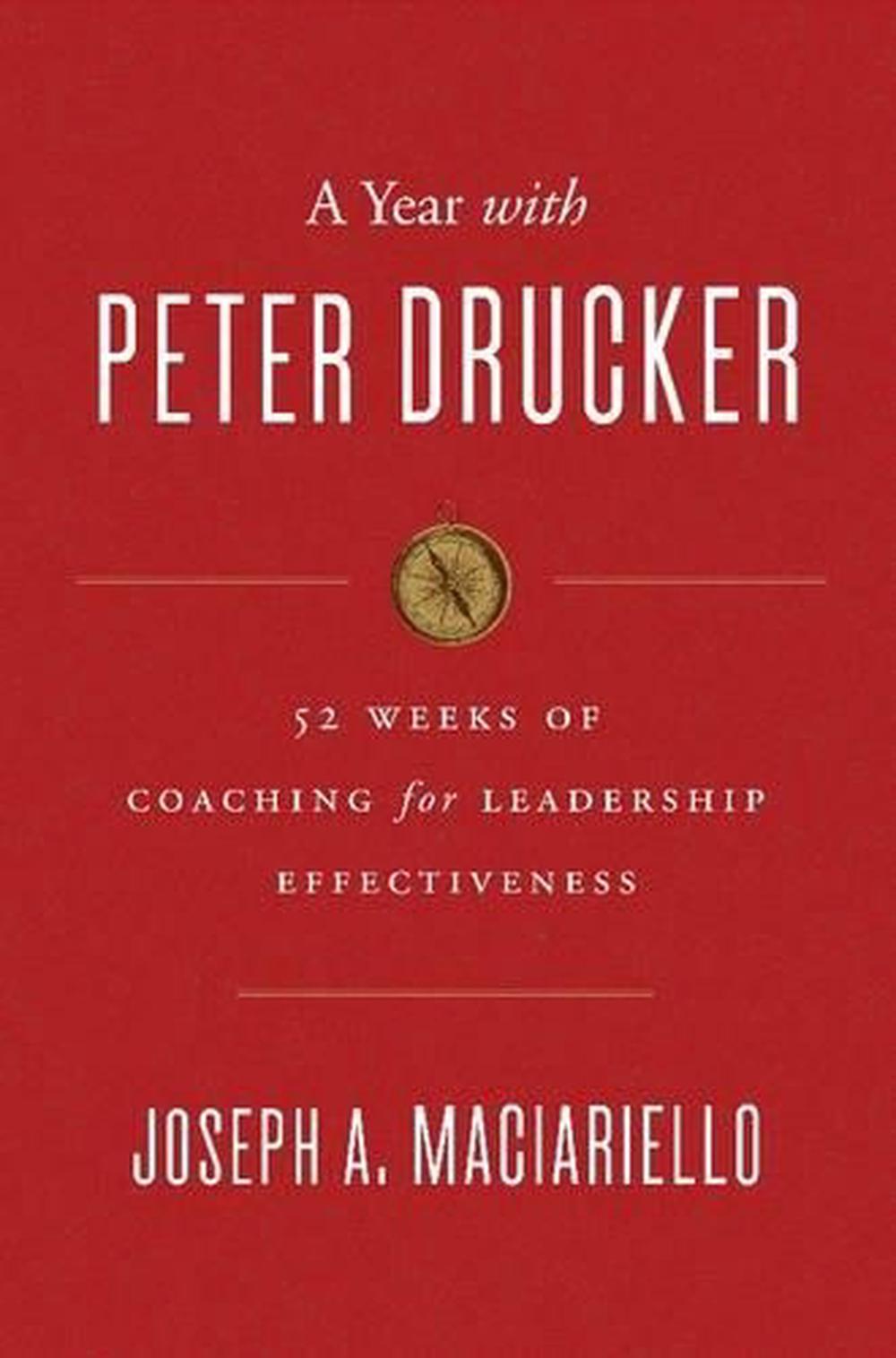 A Year with Peter Drucker distills the essence of Peter Drucker's personal mentorship program into an easy-to-follow 52-week course, exploring the themes Drucker felt were most important to leadership development, including:

Leaders Must Set Sights on the Important and not the Urgent-a key differentiator between a subordinate and a chief. Management is a Human Activity-Process must serve people, in and out of the organization. The Roadmap to Personal Effectiveness-the importance of mission and doing the Right Things not just Getting Things Done. The critical importance of leadership succession especially at top ranks of the organization.

Each weekly management meditation includes a lesson and a message or anecdote taken from Drucker's extensive body of work, as well as suggestions for further reading, reflective questions, and quick, easy prompts to help readers incorporate the knowledge they've learned into their daily work.

A lifetime of wisdom brilliantly honed into a single essential volume by Drucker's collaborator Joseph A. Maciariello, A Year with Peter Drucker gives both lifelong Drucker fans and young executives now discovering his brilliance an invaluable opportunity to learn directly from the late master.

Joseph A. Maciariello was a colleague ofPeter Drucker for 26 years and taught Drucker'scourses when Drucker reduced his teaching load.He coauthored"The Daily Drucker" and "Executive in Actio"Director of Research and Academic Director atthe Drucker Institute and Horton Professor ofManagement at The Peter F. Drucker and MasatoshiIto Graduate School of Management
Karen E. Linkletter, a historian, teachesAmerican Studies at California State University atFullerton. The first archivist at the Drucker Instituteand a Drucker scholar in the liberal arts, she also hasexperience in the financial serv

"Taking in the full range of Drucker's work would be a rewarding-if time-consuming-project. Thanks to A Year With Peter Drucker, it is now possible to access his ideas in bite-size highlights." -- Wall Street Journal