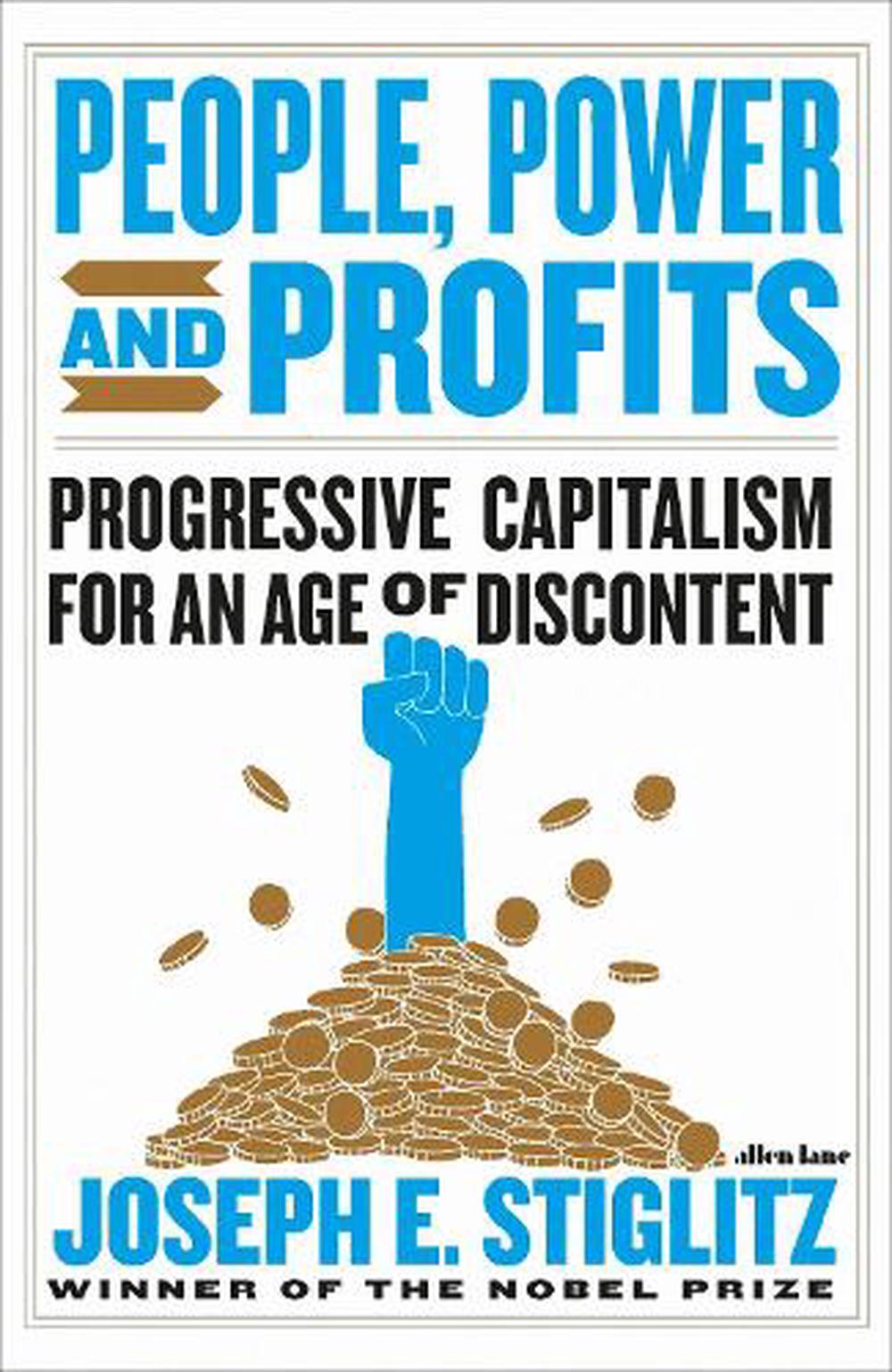 We all have the sense that the American economy-and its government-tilts toward big business, but as Joseph E. Stiglitz explains in his powerful new book, People, Power, and Profits, the situation is dire. A few corporations have come to dominate entire sectors of the economy, contributing to skyrocketing inequality and slow growth. This is how the financial industry has managed to write its own regulations, tech companies have accumulated reams of personal data with little oversight, and our government has negotiated trade deals that fail to represent the best interests of workers. Too many have made their wealth through exploitation of others rather than through wealth creation. If something isn't done, new technologies may make matters worse, increasing inequality and unemployment.

Stiglitz identifies the true sources of wealth and of increases in standards of living, based on learning, advances in science and technology, and the rule of law. He shows that the assault on the judiciary, universities, and the media undermines the very institutions that have long been the foundation of America's economic might and its democracy.

Helpless though we may feel today, citizens are far from powerless. In fact, the economic solutions are often quite clear. We need to exploit the benefits of markets while taming their excesses, making sure that markets work for us-the U.S. citizens-and not the other way around. If we rally behind the agenda for change outlined in this book, it may not be too late to create a progressive capitalism that will recreate a shared prosperity. Stiglitz shows how a middle-class life can once again be attainable by all. An authoritative account of the predictable dangers of free market fundamentalism and the foundations of progressive capitalism, People, Power, and Profits shows us an America in crisis, but also lights a path through this challenging time.

Joseph E. Stiglitz was Chairman of the President's Council of Economic Advisers 1995-7 and Chief Economist at the World Bank 1997-2000. He is currently University Professor at Columbia University, teaching in the Department of Economics, the School of International and Public Affairs, and the Graduate School of Business. He is also the Chief Economist of the Roosevelt Institute and a Corresponding Fellow of the Royal Society and the British Academy. He won the Nobel Prize for Economics in 2001 and is the bestselling author of Globalization and Its Discontents, The Roaring Nineties, Making Globalization Work, Freefall, The Price of Inequality and The Great Divide, all published by Penguin.