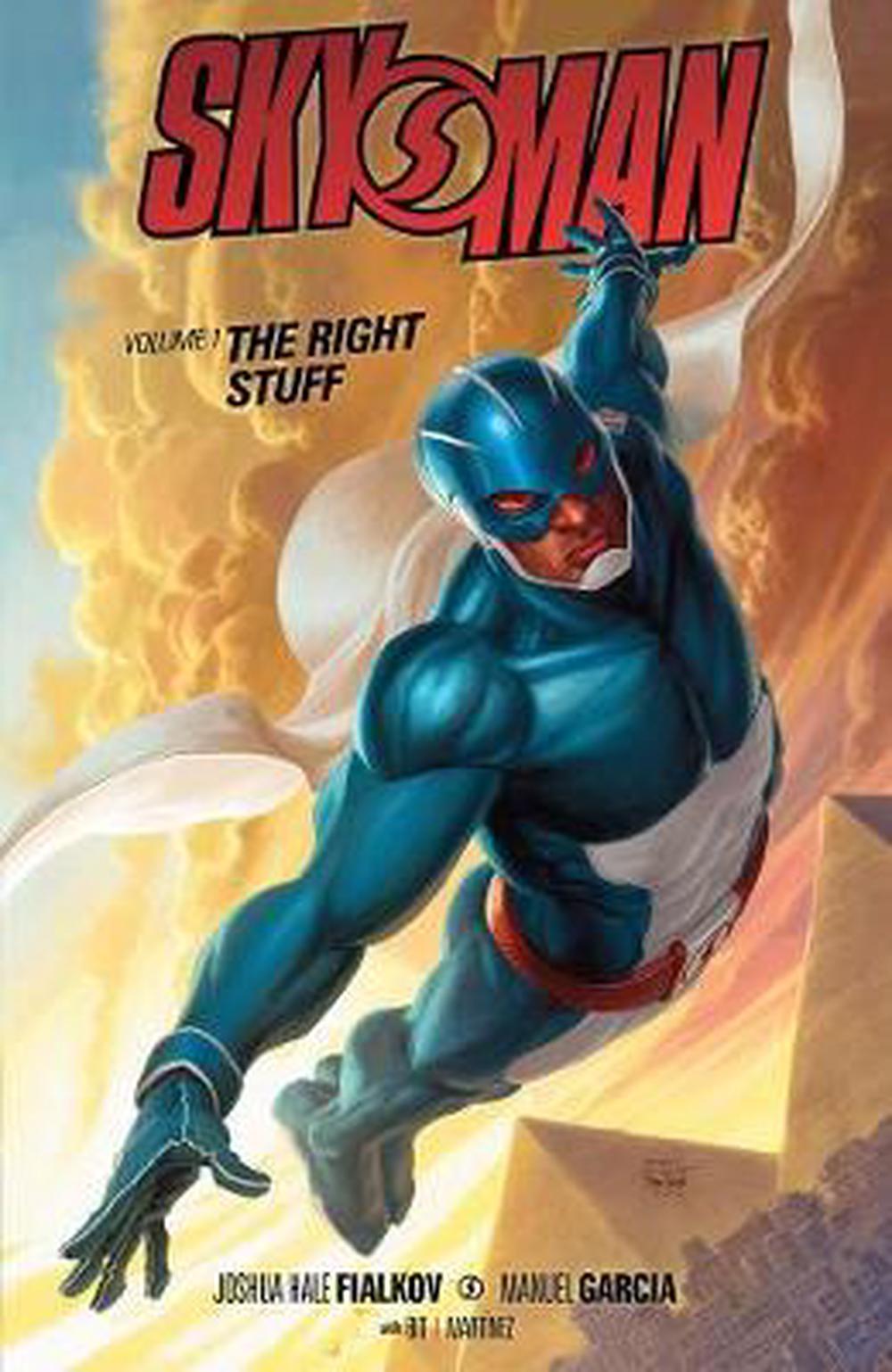 After an embarrassing defeat at the hands of Captain Midnight, a drunken Skyman accidentally kills an innocent man! Turns out he's not just an over-zealous patriot, he's also a PR nightmare. Needing a new face for their initiative sooner rather than later, the Skyman Program turns to Sgt. Eric Read, a wounded veteran looking for a new lease of life. But the new Skyman is not always prepared to toe the line...

Joshua grew up in Pittsburgh, PA where he got beat up a lot, which lead to him moving to Boston where he got a BFA in writing and directing for the stage and screen, and then worked in the New England film industry, until finally deciding to move to Los Angeles to do it properly.

Joshua lives with his wife (who happens to be his one true love), Christina, who's a Librarian and Historian of Film and California. They live with their instruments (both musical and otherwise), his comics & dvd's, her books and movie memorabilia, and their two cats, Smokey and The Bandit.