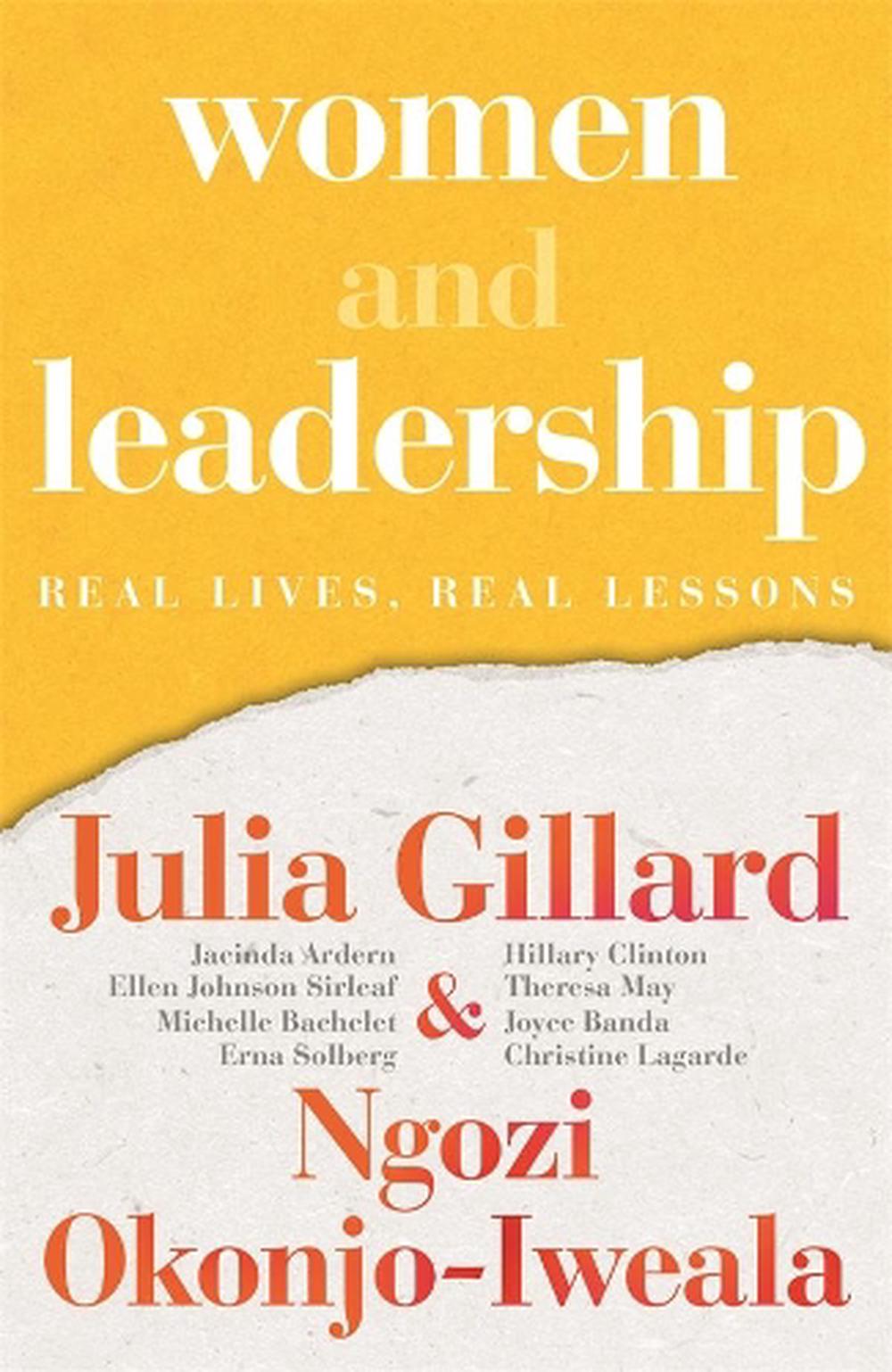 From their broad experience on the world stage in politics, economics and global not-for-profits, Ngozi Okonjo-Iweala and Julia Gillard have some strong ideas about the impact of gender on the treatment of leaders. Women and Leadership takes a consistent and comprehensive approach to teasing out what is different for women leaders.

Almost every year new findings are published about the way people see women leaders compared with their male counterparts. The authors have taken that academic work and tested it in the real world. The same set of interview questions were put to each leader in frank face-to-face interviews. Their responses were then used to examine each woman's journey in leadership and whether their lived experiences were in line with or different from what the research would predict.

Women and Leadership presents a lively and readable analysis of the influence of gender on women's access to positions of leadership, the perceptions of them as leaders, the trajectory of their leadership and the circumstances in which it comes to an end. By presenting the lessons that can be learned from women leaders, Julia and Ngozi provide a road map of essential knowledge to inspire us all, and an action agenda for change that allows women to take control and combat gender bias.

As Prime Minister and in her previous role as Deputy Prime Minister, Ms Gillard delivered nation-changing policies including reforming Australian education at every level from early childhood to university education, creating an emissions trading scheme to combat climate change, improving health care, commencing the nation's first ever national scheme to care for people with disabilities, addressing the gender pay gap for social and community sector workers and delivering an apology to all those who had suffered through the practice of forced adoptions.

In October 2012, Ms Gillard received worldwide attention for her speech in Parliament on the treatment of women in professional and public life. She currently serves as the inaugural Chair of the Global Institute for Women's Leadership at Kings College in London, which through research, practice and advocacy, is addressing women's under-representation in leadership.

Ms Gillard is the Chair of Beyond Blue, one of Australia's leading mental health awareness bodies; is Chair of global funding body for education in developing countries, the Global Partnership for Education; and is Patron of the Campaign for Female Education

Ms Gillard's memoirs, My Story, were published by Random House in September 2014.

Ngozi Okonjo-Iweala (Author) Dr Ngozi Okonjo-Iweala is an economist and international development expert with over 30 years of experience. She is Chair of the Board of Gavi, the Vaccine Alliance and of the African Risk Capacity (ARC). She is Co-Chair of The Global Commission on the Economy and Climate and also Co-Chair of the Board of Lumos, a small-cap renewable energy company. She also sits on the Boards of Standard Chartered PLC and Twitter Inc. Previously, Dr Okonjo-Iweala was a Senior Advisor at Lazard from September 2015 - October 2019. She served twice as Nigeria's Finance Minister, from 2003-2006, 2011-2015, and briefly as Foreign Minister, the first woman to hold both positions. She spent a 25-year career at the World Bank as a development economist, rising to the No.2 position of Managing Director, overseeing an $81 billion operational portfolio in Africa, South Asia, Europe and Central Asia. Dr Okonjo-Iweala has been ranked by Fortune as one of the 50 Greatest World Leaders in 2015, by Forbes as one of the Top 100 Most Powerful Women in the World consecutively for four years, by Time as one of the Top 100 Most Influential People in the World in 2014, and by the UK Guardian as one of the Top 100 Women in the World in 2011. Dr Okonjo-Iweala holds a Bachelor's in Economics from Harvard University and a PhD in Regional Economics and Development from the Massachusetts Institute of Technology. She is an Angelopoulos Global Public Leader at Harvard University Kennedy School, a Fellow of the American Academy of Arts and Sciences and has received over fifteen honorary degrees, including from Yale University, the University of Pennsylvania, Brown University, Tel Aviv University and Trinity College, Dublin. She is the author of numerous articles on finance and development, and several books including Fighting Corruption is Dangerous- The Story Behind the Headlines (MIT Press, 2018) and Reforming the Unreformable- Lessons from Nigeria (MIT Press, 2012).

An inspirational and practical book written by two high-achieving women, sharing the experience and advice of some of our most extraordinary women leaders, in their own words.