Represent: The Woman's Guide to Running for Office and Changing the World 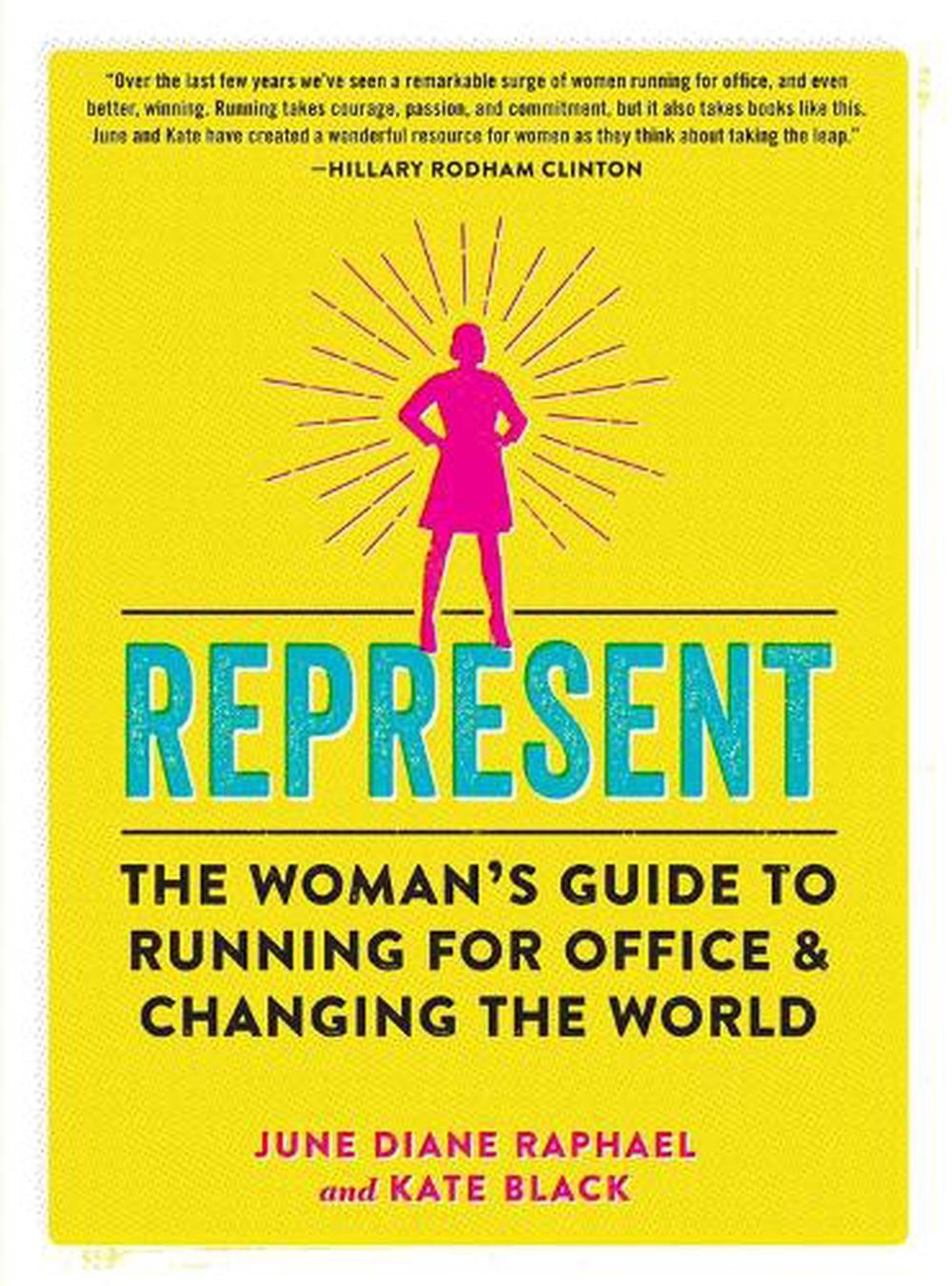 "Over the last few years we've seen a remarkable surge of women running for office, and even better, winning. Running takes courage, passion, and commitment, but it also takes books like this. June and Kate have created a wonderful resource for women as they think about taking the leap."--Hillary Rodham Clinton Turn "can I do this?" into "yes, I can!" Join the growing wave of women leaders with Represent , an energetic, interactive, and inspiring step-by-step guide showing how to run for the approximately 500,000 elected offices in the US. Written with humor and honesty by writer, comedian, actress, and activist June Diane Raphael and Kate Black, former chief of staff at EMILY's list, Represent is structured around a 21-point document called "I'm Running for Office: The Checklist." Doubling as a workbook, Represent covers it all, from the nuts and bolts of where to run, fundraising, and filing deadlines, to issues like balancing family and campaigning, managing social media and how running for office can work in your real life. With infographics, profiles of women politicians, and wisdom and advice from women in office, this is a must-own for any woman thinking of joining the pink wave.

June Diane Raphael is an actress, comedian, screenwriter, producer, podcaster, and most recently activist. She is currently starring in the Netflix series Grace and Frankie as Brianna, Jane Fonda's entrepreneurial daughter; she also has a supporting role in the forthcoming film Flarsky (February 2019). She has appeared in dozens of films and television shows and is a veteran of Upright Citizens Brigade. Together with her husband, Paul Scheer, she hosts the popular podcast How Did This Get Made? She is the mother of two children and lives in Los Angeles. Kate Black is currently a policy advisor in the federal government and formerly the Chief of Staff and Vice President of Research at EMILY's List, the largest resource for women in politics. She served as Executive Director of American Women, a nonpartisan research organization working to uplift the voices of women and the issues they care about. She has helped elect candidates up and down the ballot and across the country. Committed to bringing change in her community, she cofounded a free salary negotiation program for 15,000 women with the City of DC, AAUW, and the Younger Women's Task Force. She lives in Washington, DC, with her husband and son.

"Over the last few years we've seen a remarkable surge of women running for office, and even better, winning. Running takes courage, passion, and commitment, but it also takes books like this. June and Kate have created a wonderful resource for women as they think about taking the leap." --Hillary Rodham Clinton "Running for office is hard work. Too often, women--especially women of color--lack the resources and role models to help them figure out if, when, where, and how to run. Represent provides these women with a roadmap to leadership. It's an essential addition to our arsenal in the fight to give more women and other underrepresented communities a seat at the table (ideally at the head of the table!). If politics is the art of the possible, then it's time to redefine what's possible. Represent gets us one step closer." -- Congresswoman Pramila Jayapal (WA) "When I announced, a powerful fellow in local politics sat me down and said, "A woman can never win this seat." I was determined to prove him wrong--and we did just that. Running for office will humble you, improve your sense of humor, and increase your love of humanity. What are you waiting for? Reading this book will inspire you to get out there and run--we need you!" -- Congresswoman Katie Hill (CA)