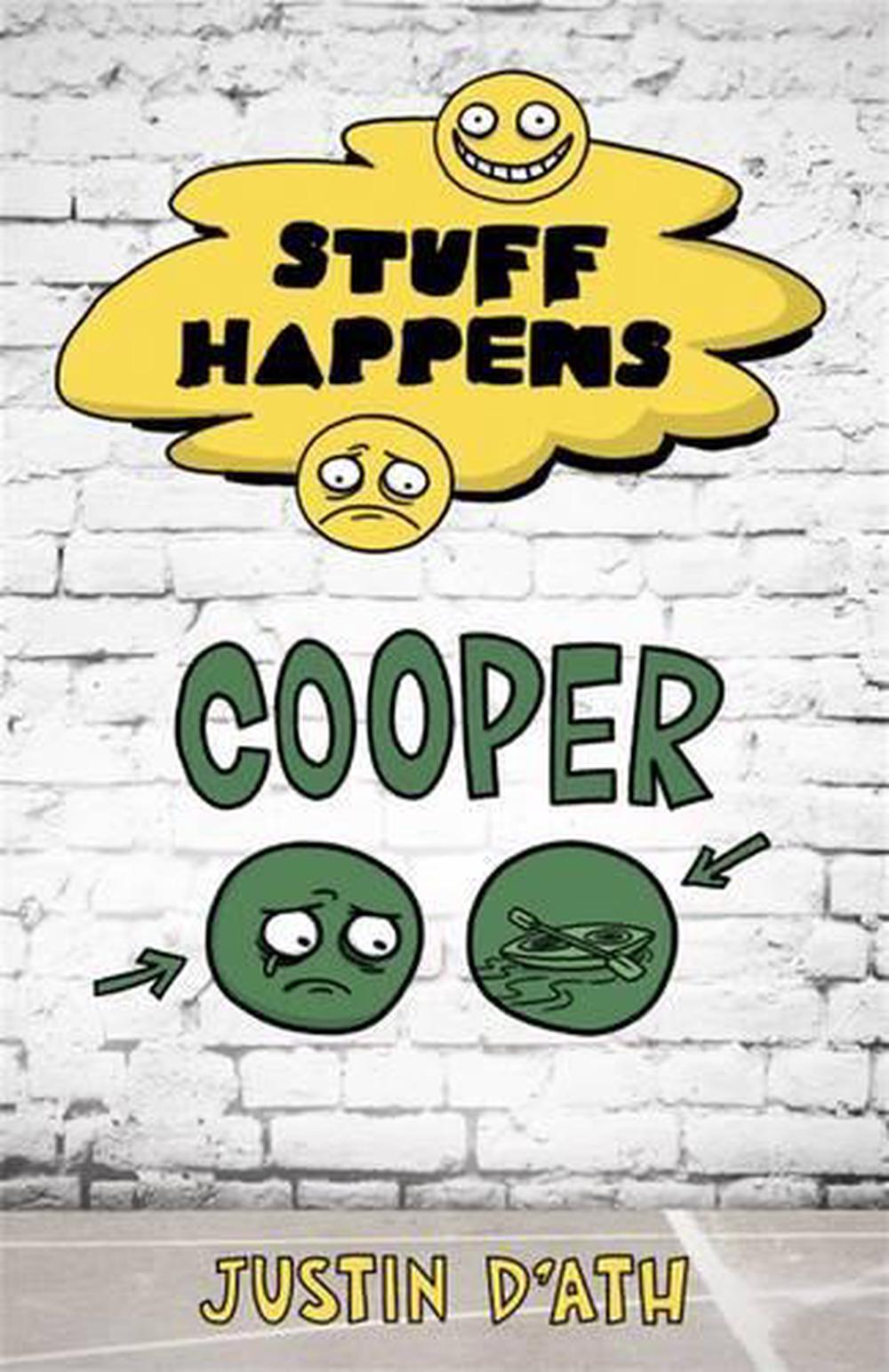 Stuff Happens is an important new series for boys about everyday challenges. Created by Susannah McFarlane, the series editor, the series is written by established authors Tony Wilson, Andrew Daddo, Philip Gwynne, Will Kostakis, Oliver Phommavanh, Scot Gardner, Justin D'Ath, James Roy, Pat Flynn and Alex McDiarmid. Each book features a different character and follows them as they overcome a particular everyday challenge. It explores those everyday struggles in life that boys can sometimes be reluctant to express- quarrels with mates, a bad day at school, fear of disappointing mum and dad, rejection and not fitting in. Stuff Happens. Real-life stories for boys. Suitable for beginner and newly confident readers. Stuff happens sometimes. Everyday stuff. At school, at home, with sport, with mates. For Cooper it happened on school camp. Cooper is one of the footy boys. When his former-rugby-champion grandfather dies, Cooper has trouble dealing with it. To make matters worse, the funeral falls on the first day of the Year Five camp at Thunder Canyon, half a day's drive away. So Cooper not only misses out on the bus trip with his friends Jeff, Dan, Fadi, but when he finally arrives at camp he's missed out on abseiling, the activity he was most looking forward to, missed sharing a cabin with his friends, and can't even sit with them in the dining room or on the bus to the following day's kayaking lesson. In order to restore his life to what it was, and win back the respect of his sporty friends, he disobeys a kayak instructors' directives and puts both his life and that of his paddle-buddy Lily Ng in serious danger on the white waters of Thunder River. https-//_hUJXy4 http-// http-// Praise for Stuff Happens 'Stories about boys, aimed at boys and containing real-life stories of their school and home life are rare. Even rarer are those that have readily identifiable characters and situations, and engage, amuse and inform. But here they are.' 'An exciting new series written specifically for boys aged from seven to eleven ...great additions for school libraries and for engaging reluctant boy readers. Outstanding!' Read Plus 'The fantastic Stuff Happens series.' reviewZOO 'I love a book that talks in a kid's voice. It makes us feel important and special. The thing I like the most about these books are that they tell different perspectives of everyday things in life.' Mr 10 - Readingtree.com.au 'The awareness of the emotional life of boys is slowly being recognised as a critical factor into the development of boys to be strong and courageous sensitive men. Stuff Happens explores feelings and emotions in an entertaining and humorous way, allowing boys to understand that it is OK to express emotion. This can only be positive! I highly recommend and love the books!' Deborah Jepsen, Educational and Developmental Psychologist - Melbourne Child Psychology / School Psychology Services 'As a mum to two boys aged 8 and 10, I was thrilled to find a book series that provided very real 'boy dilemmas' and connected feelings and behaviours, which can be really confusing for boys. What was even more exciting was how much the boys ate it up. My eldest read the first book in one sitting and I was back at the bookshop the next day to buy the entire series! My youngest loved being read to and was so engaged and interested in all the characters and their issues. Can't wait for the next instalment.' Marita Evans

Born in New Zealand, Justin D'Ath is one of twelve children. He came to Australia in 1971 to study for missionary priesthood but after three years, left the seminary in the dead of night and spent two years roaming Australia on a motorbike! Whilst doing that he began his writing career contributing pieces for motorbike magazines. He published his first novel for adults in 1989 and this was followed by numerous award-winning short stories, also for adults. Justin has worked in a sugar mill, on a cattle station, in a mine, on an island, in a laboratory, built cars, picked fruit, driven forklifts and taught writing for twelve years. He wrote his first children's book in 1996 and to date he has published over 40 books. He has two children, two grandchildren, and one dog. Visit puffin.com.au/missionfox