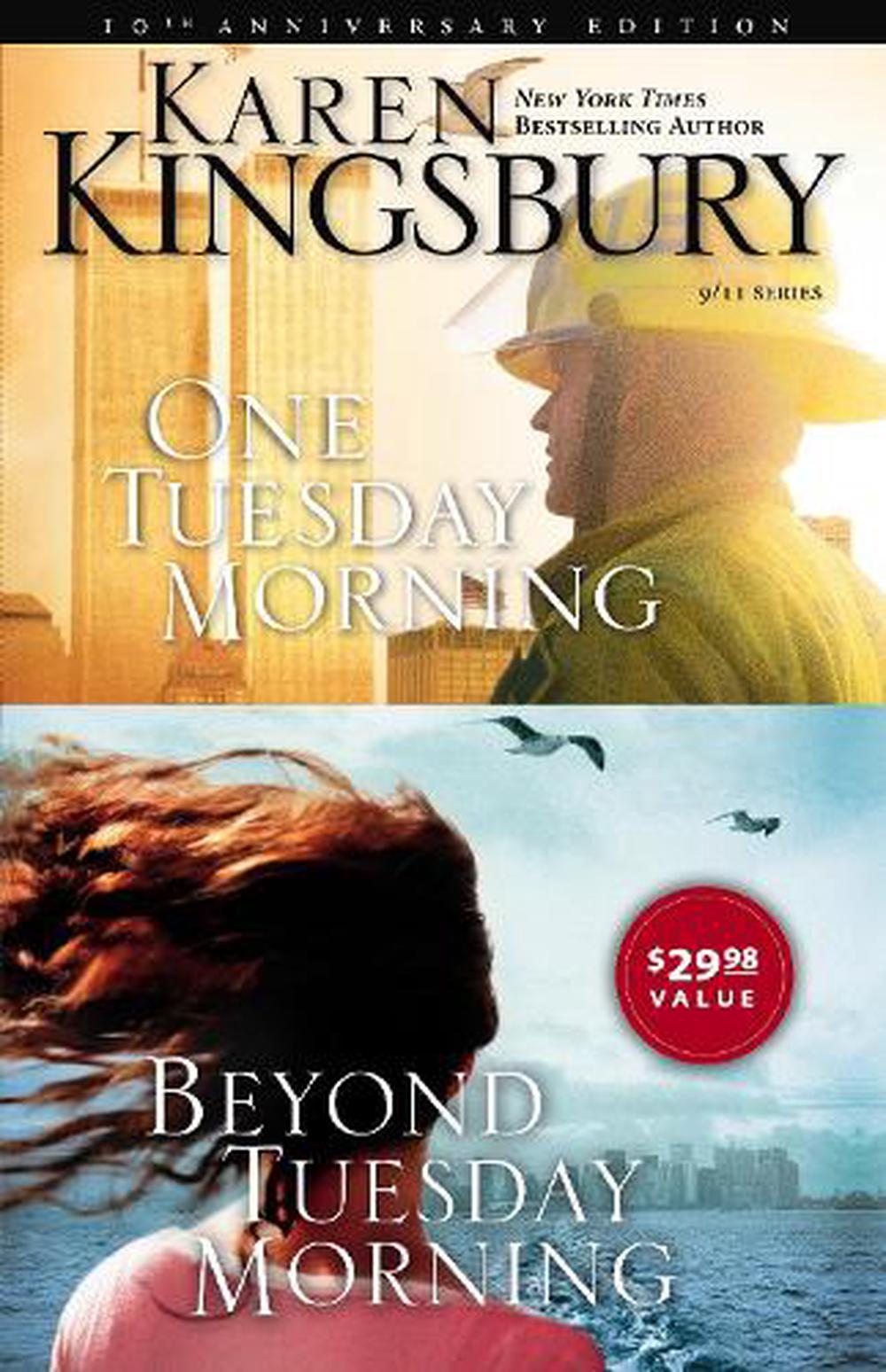 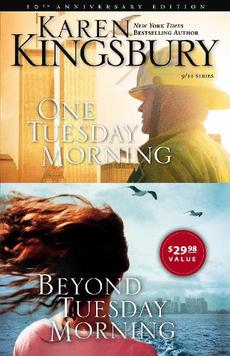 ISBN: 9780310606512
ANNOTATION:
Based on the tragedy of the Twin Towers, this title features two novels of heroism, loss, and redemption - "One Tuesday Morning" and "Beyond Tuesday Morning".
$31.00
Or pay later with

OTHER FORMATS:
ISBN: 9780310606512
ANNOTATION:
Based on the tragedy of the Twin Towers, this title features two novels of heroism, loss, and redemption - "One Tuesday Morning" and "Beyond Tuesday Morning".

Based on the tragedy of the Twin Towers - two powerful novels of heroism, loss, and redemption by "New York Times" bestselling author Karen Kingsbury. "One Tuesday Morning": The last thing Jake Bryan knew was the sound of the World Trade Center collapsing on top of him and his fellow firefighters. The man in the hospital bed remembers nothing. Not rushing with his teammates up the stairway of the south tower to help trapped victims. Not being blasted from the building. And not the woman sitting by his bedside who says she is his wife. Jamie Bryan will do anything to help her beloved husband regain his memory. But that means helping Jake rediscover the one thing Jamie has never shared with him: his deep faith in God."Beyond Tuesday Morning": Determined to find meaning in her grief three years after the terrorist attacks on New York City, FDNY widow Jamie Bryan pours her life into volunteer work at a small memorial chapel across from where the Twin Towers once stood. There, unsure and feeling somehow guilty, Jamie opens herself to the possibility of love again. But, in the face of a staggering revelation, only the persistence of a tenacious man, questions from Jamie's curious daughter, and words from her dead husband's journal can move Jamie beyond one Tuesday morning - toward life.