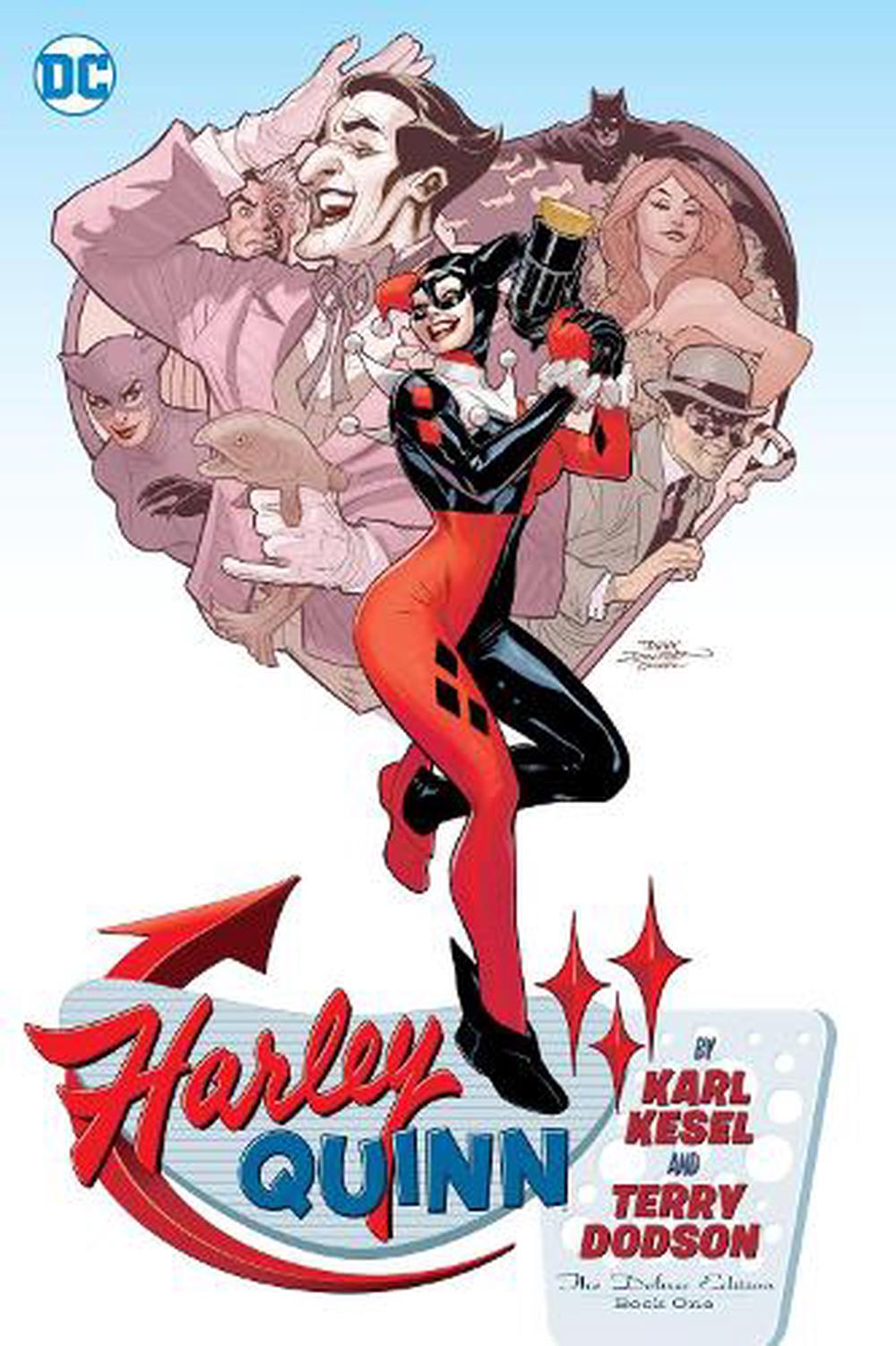 From the moment she first appeared on Batman- The Animated Series , Harley Quinn has taken the world by storm. Now, building on her triumphant debut as part of the DC Universe during "No Man's Land" (in the hugely successful BATMAN- HARLEY QUINN one-shot), the Joker's special lady takes center stage in HARLEY QUINN. Written by Karl Kesel (SUPERBOY) with art and covers by Terry Dodson and Rachel Dodson (SILVER AGE), HARLEY QUINN is a love story gone horribly wrong, especially as the Joker's girlfriend must do without Mister J's "calming" influence! Harley is driven to astounding lengths to free her loony lover from his prison. What follows is too strange for words, though it does involve one itsy-bitsy cameo by Batman. Once you see life through the eyes of Harley Quinn, you'll find she makes a lot more sense. Would you believe a little more sense? Collects HARLEY QUINN #1-9 from Karl Kesel and Terry Dodson's run in the early 2000s.

Karl Kesel is one of the most successful artists to come out of DC's New Talent program. He counts Jack Kirby as a major influence on his work -- while having a fondness for Kirby's quirky character creations. Kesel built a solid reputation as a respected inker on such titles as SUPERMAN and SUICIDE SQUAD in addition to his efforts as a writer on HARLEY QUINN, ADVENTURES OF SUPERMAN and SUPERBOY.