A Brief History of Everything

ISBN: 9781611804522
ANNOTATION:
An altogether friendly and accessible account of men and women's place in the universe of sex, soul and spirit, this vivid summary of the new and emerging American wisdom provides radical commentary on hot topics of the day, from political correctness to spiritual enlightenment. 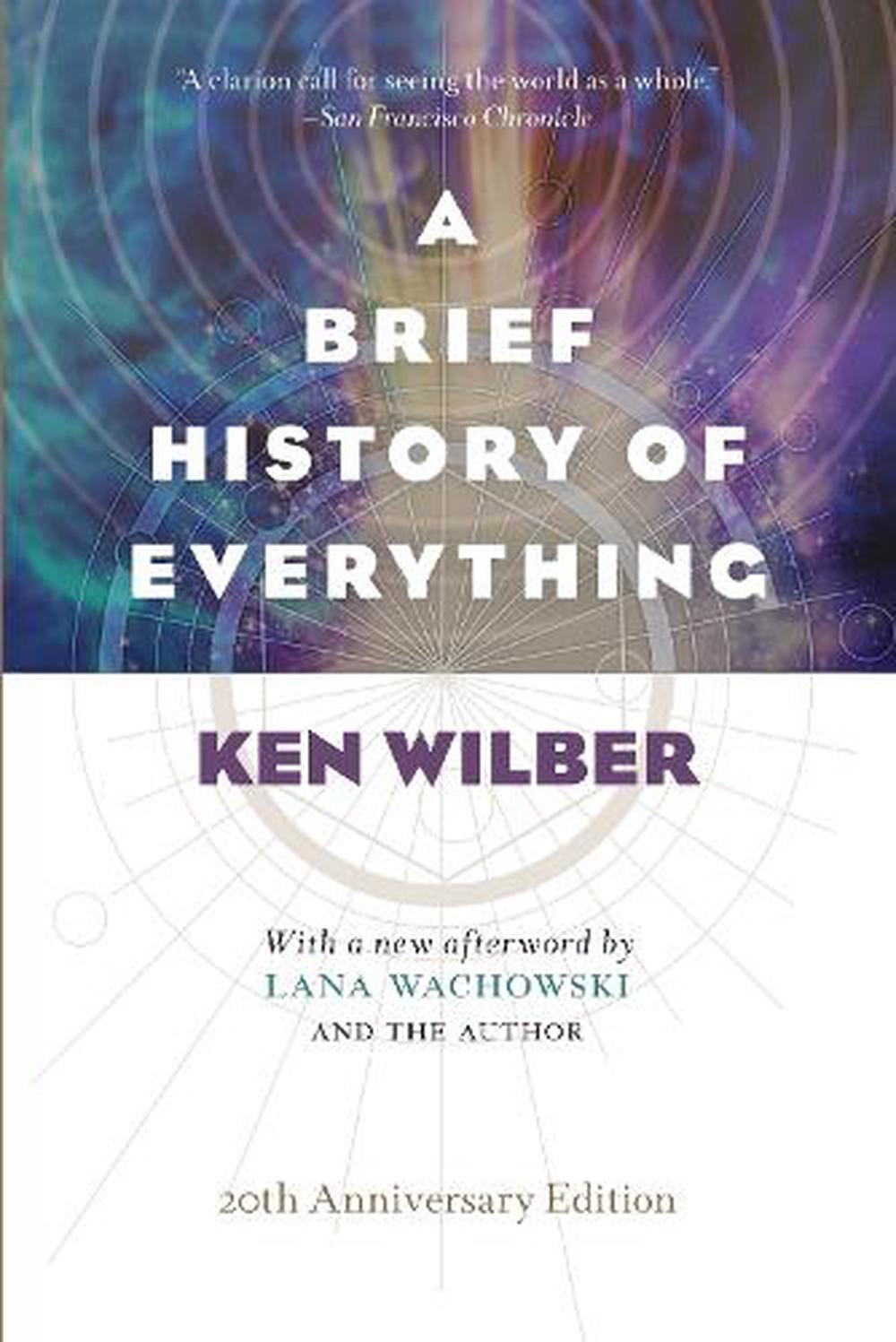 OTHER FORMATS:
ISBN: 9781611804522
ANNOTATION:
An altogether friendly and accessible account of men and women's place in the universe of sex, soul and spirit, this vivid summary of the new and emerging American wisdom provides radical commentary on hot topics of the day, from political correctness to spiritual enlightenment.

An altogether friendly and accessible account of men and women's place in the universe of sex, soul and spirit, this vivid summary of the new and emerging American wisdom provides radical commentary on hot topics of the day, from political correctness to spiritual enlightenment.

This book is a friendly and accessible account of men and women's places in a universe of sex, soul, and spirit. Wilber examines the course of evolution as the unfolding manifestation of Spirit, from matter to life to mind, including the higher stages of spiritual development where Spirit becomes conscious of itself. The author offers striking and original views of topics of current interest and controversy- gender wars, multiculturalism, and ecology and environmental ethics among them. The result is an extraordinary ride through the Kosmos. Now reissued as a 20th Anniversary Edition with a new afterword by Ken Wilber and Lana Wachowski.

Wilbur is one of the most widely read and influential American philosophers of our time. His writings have been translated into over twenty foreign languages.

"In this 20th-anniversary edition of the bestselling work, Wilber takes readers on a journey from the Big Bang to the future, impressively synthesizing multiple fields of study. He organizes his material to fit its evolutionary nature, feeding off of what came before in order to provide a transformational 'unified theory' of history. Readers will gain new perspective on what they know, or think they know, about every possible discipline."--Publishers Weekly "Ken Wilber is a national treasure. No one is working at the integration of Eastern and Western wisdom literature with such depth or breadth of mind and heart as he." --Robert Kegan, Professor of Education, Harvard University Graduate School of Education, and author of In Over Our Heads

"When Ken Wilber's thought walks through your mind, the door to the next higher level becomes visible. Anyone seeking to update the wisdom traditions of their lineage needs his reality and consciousness maps. The kabbalah of the future will lean on Ken's work." --Reb Zalman Schachter-Shalomi

"In the ambitiously titled A Brief History of Everything, Wilber continues his search for the primary patterns that manifest in all realms of existence. Like Hegel in the West and Aurobindo in the East, Wilber is a thinker in the grand systematic tradition, an intellectual adventurer concerned with nothing less than the whole course of evolution, life's ultimate trajectory--in a word, everything. . . . Combining spiritual sensitivity with enormous intellectual understanding and a style of elegance and clarity, A Brief History of Everything is a clarion call for seeing the world as a whole, much at odds with the depressing reductionism of trendy Foucault-derivative academic philosophy. "--San Francisco Chronicle