Gems and Gemstones: Timeless Natural Beauty of the Mineral World 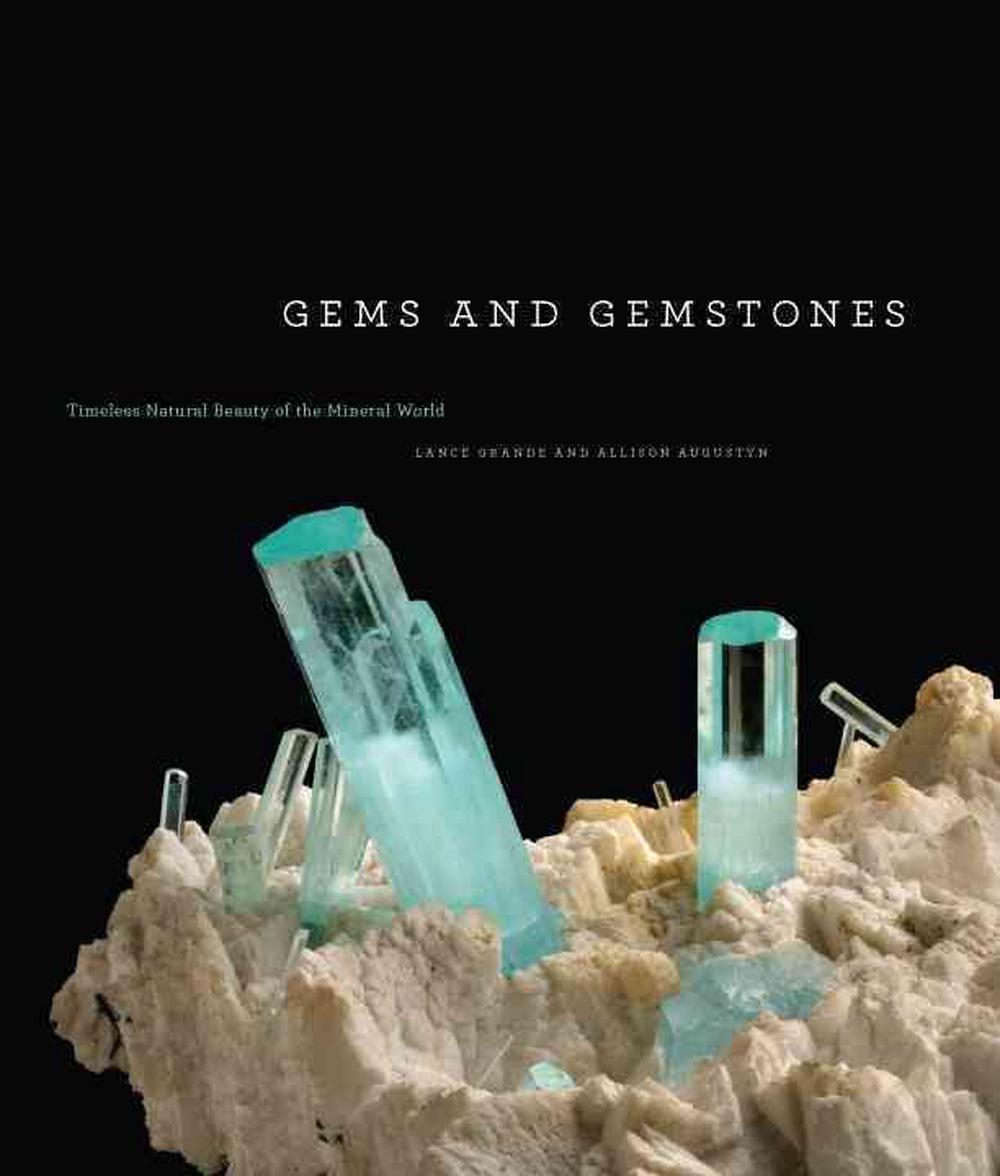 OTHER FORMATS:
PUBLISHED: 31st October 2009
ISBN: 9780226305110
ANNOTATION:
"Gems and Gemstones" features nearly 300 color images of cut gems, precious and semiprecious stones, gem-quality mineral specimens, and fine jewelry to be unveiled in the new Grainger Hall of Gems at the Field Museum in Chicago.

"Gems and Gemstones" features nearly 300 color images of cut gems, precious and semiprecious stones, gem-quality mineral specimens, and fine jewelry to be unveiled in the new Grainger Hall of Gems at the Field Museum in Chicago.

Gems are objects of wealth, icons of beauty, and emblems of the very best of everything. They are kept as signs of prestige or power. Given as tokens of love and affection, they also come in a kaleidoscopic array of hues and can be either mineral or organic. Gems can command a person's gaze in the way they play with light and express rich color. And they can evoke feelings of passion, greed, mystery, and warmth. For millennia, gems have played an important role in human culture: they have significant value, both financially and within folklore and mythology. But just what "are" gems, exactly? This lavishly illustrated volume—the most ambitious publication of its kind—provides a general introduction to gems and natural gemstones, conveying their timeless beauty and exploring similarities among different species and varieties. "Gems and Gemstones "features nearly 300 color images of the cut gems, precious and semiprecious stones, gem-quality mineral specimens, and fine jewelry to be unveiled in a new Grainger Hall of Gems at The Field Museum in Chicago this October. The book and exhibition's overarching theme will be the relationship between finished gems and their natural origin: while beautiful as faceted and polished pieces of jewelry, gems are often just as lovely—or even more so—as gemstones in their natural state. For example, an aquamarine or emerald as originally found in a mine with its natural crystal faces can be as stunning as any cut and polished gem prepared for a ring, bracelet, or charm. Thoughtful of both ancient and modern times, "Gems and Gemstones" also includes fun-filled facts and anecdotes that broaden the historical portrait of each specimen. When Harry Winston, for instance, donated the Hope Diamond to the Smithsonian in 1958, he sent it through the U.S. mail wrapped in plain brown paper. And for anyone who has ever marveled at the innovations of top jewelry designers, "Gems and Gemstones" features a dazzling array of polished stones, gold objects, and creations from around the world. Diamonds, sapphires, rubies, amethysts, pearls, topaz, amber—every major gem gets its due in what will be an invaluable source on the subject for years to come.

Lance Grande is senior vice president and head of collections and research at the Field Museum. He is a curator in the geology department and a general content specialist for the Field's new Grainger Hall of Gems exhibit. He is also a member of the Committee on Evolutionary Biology at the University of Chicago and is adjunct professor of biology at the University of Illinois at Chicago. Allison Augustyn, a funding specialist at the Field Museum, was previously an exhibition developer there, where she prepared such exhibits as the Ancient Americas, George Washington Carver, and the Grainger Hall of Gems.

"Tired of regular jewelry gifts? Take a tour through the mineral world, from Alexandrite, known for its color-changing properties and named after Russia's Czar Alexander II, to Zoisite, which only attains its blue color after a 700-degree Fahrenheit heat treatment. Created as a companion to the 2009 opening of the Grainger Hall of Gems at Chicago's Field Museum, the volume dazzles with its displays of gems and other precious jewelry. A feast for the eyes, and a break for the wallet compared with the treasures it contains, Gems delves into the science and crafting of gems--and brings the bling, too."-- "USA Today" "Since 1854, my family has run a small Iowa City jewelry store specializing in quality gem stones. I inherited the love for diamonds, but with my writer's salary, money's better spent on the lush pictures in Gems and Gemstones. Penned by the senior veep of the Field Museum, this new tome is the definitive book on precious stones. Hey, diamonds might be a girl's best friend, but a good book is also a good friend...um, yeah."

--Time Out Chicago "Scientific American" "Published to coincide with an expanded Grainger Hall of Gems in Chicago's Field Museum, Gems and Gemstones displays beautiful gemstones (cut and uncut) and explains the geography and science behind their creation. Photos of creations such as the Aztec Sun-god Opal, in which a human face is cut into a spectacular 35-carat white opal, show just how long gems have retained their hold on the human imagination."

-- "Seattle Times" "Eye candy abounds in this volume on gems based on the newly revamped Grainger Hall of Gems at the Field Museum in Chicago. The book covers such topics as how gems form in nature, how they are classified, and the fascinating history of humanity's love of jewels."