Mars Up Close: Inside the Curiosity Mission

ISBN: 9781426212789
ANNOTATION:
Mars Up Close presents the story of the Curiosity Mission from the inside - showcasing the people, the technology and the stories behind this unprecedented exploration to the Red Planet. 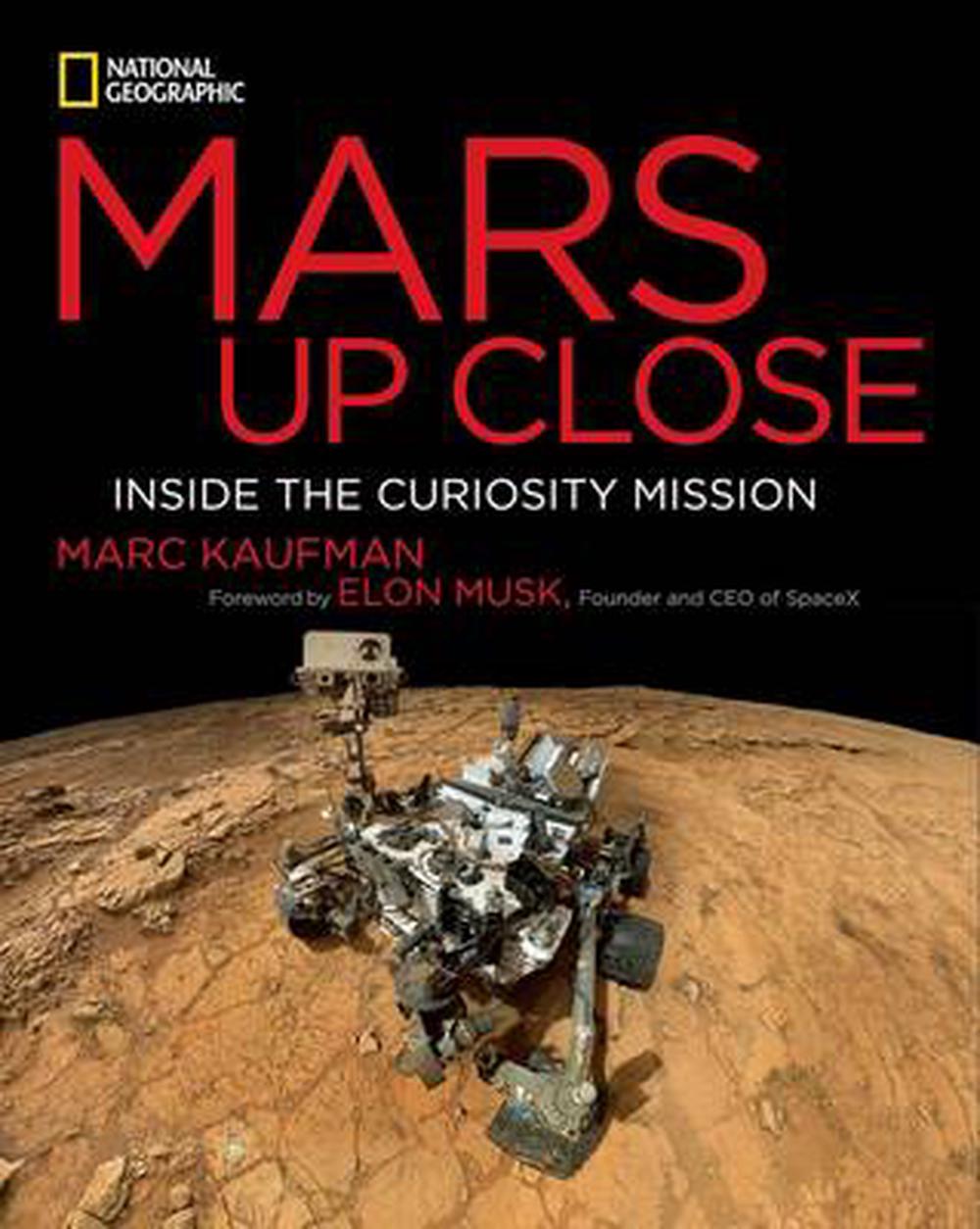 OTHER FORMATS:
ISBN: 9781426212789
ANNOTATION:
Mars Up Close presents the story of the Curiosity Mission from the inside - showcasing the people, the technology and the stories behind this unprecedented exploration to the Red Planet.

Mars Up Close presents the story of the Curiosity Mission from the inside - showcasing the people, the technology and the stories behind this unprecedented exploration to the Red Planet.

With images never published before, many with surprising colors and landscapes that make you want to spend your next vacation on Mars, this is the one and only book written in consultation with NASA scientists that explains everything, detail by detail and moment by moment, about the most ambitious space expedition the human race has ever undertaken. Mars Up Close combines inside stories, fascinating facts, up-to-date maps, accessible science, eye-popping pictures, and visions of a future not that far away thanks to the groundbreaking success of NASA's Curiosity mission. Renowned science journalist Marc Kaufman spent two years embedded with the engineers and scientists at NASA's Jet Propulsion Laboratory, cheering on the rover's spine-tingling landing, learning the backstory of anticipated findings, and witnessing the inescapable frustrations that come from operating a $2.5-billion multitasking robot on a planet 35 million miles from Earth. For pop science, space, and technology lovers, Mars Up Close takes you inside the mission and onto the surface of Mars. As an added special feature, this book contains embedded Augmented Reality coding- Download NASA's free app and bring the Curiosity rover and other Mars spacecraft into 3-D reality right on its pages!

MARC KAUFMAN writes about NASA and space science for NationalGeographic.com/NewsWatch and The Washington Post, where he was a reporter on the national staff for 10 years. Kirkus listed his previous book, First Contact, as one of the best nonfiction titles in 2011. He has worked as a foreign correspondent at The Washington Post, reporting from Afghanistan after the 9/11 attacks, and as New Delhi bureau chief for the Philadelphia Inquirer. His articles have appeared in New York, Smithsonian, and Conde Nast Traveler.

"A vibrant telling, amplified by striking images and photographs, of the Curiosity mission to Mars....A totally gratifying account." --Kirkus Reviews "Kaufman's vivid description of the Curiosity rover mission to Mars, its history and its scientific results brings you as close as possible (without being a member of the science team) to the excitement, the frustration and the exhilaration of space science." --Washington Post

"Countless books have been written about Mars, ever since astronomers could peer at the twinkling red orb through primitive telescopes, but none have ever included more sumptuous full-color close-up photographs than this engrossing coffee-table book on NASA's recent Curiosity mission." --Booklist

"This book lays out both the inspiration and the justification for maintaing support for the Mars program." --Science Magazine

"Mars Up Close is a stunning masterpiece, an elegant book that not only transforms the distant Red Planet into a world of spectacular splendor -but a perplexing globe that still holds its secrets tight. Kaufman is a first-rate writer and scribes a compelling narrative about the recent findings of NASA's Curiosity Mars rover and the mission makers on the trail of truth regarding the enigmatic planet." --Buzz Aldrin, Apollo 11 astronaut and author of Mission to Mars: My Vision for Space Exploration

"After this read -- and soaking in the lavishly gorgeous presentation - you'll get to know the fourth planet as never before...and a place that beckons for human exploration." --Leonard David, SPACE.com's Space Insider Columnist, co-author of Mission to Mars: My Vision for Space Exploration

"From the dramatic landing on Mars to the unprecedented science Curiosity has enabled researchers on Earth to achieve, there is a great sense of accomplishment when we look at the compelling images from the surface of the Red Planet. While Curiosity's story continues to inspire millions, the exploration of the Red Planet will not only be a key guide in the search for life elsewhere in the universe, but will also help us learn more about our own home planet." --Dr. John Grunsfeld, Astronaut and Associate Administrator for the Science Mission Directorate, NASA Headquarters, Washington

"In this book Marc Kaufman vividly transports us to the surface of Mars through the eyes of the Curiosity spacecraft that landed on the planet in 2012 after an infamous "seven minutes of terror". Complete with the brilliant images and three-dimensional apps we have come to expect from a National Geographic publication, the book not only describes a pioneering effort in planetary exploration, including the search for life, but also foreshadows what space visionaries such as Elon Musk believe will be a future era of multi-planetary human life." --Steven J. Dick, Baruch S. Blumberg NASA/Library of Congress Chair in Astrobiology, Former NASA Chief Historian

"Mars Up Close captures the talented personalities, amazing technologies and nail-biting tension of the final successful landing. The world now is waiting for that moment when Curiosity discovers those organic compounds that are the "fingerprints of life." --Scott Hubbard, the first NASA Mars program director, author of Exploring Mars: Chronicles from a Decade of Discovery

"Mars Up Close, despite the name, offers a big-picture view of the exploration of the Red Planet with Curiosity, and why is can be so fascinating." --The Space Review

"This richly illustrated book shows predictions of the death of print are premature; it'll be a long time before online equivalents can replicate such an authoritative feel." --BBC Sky at Night Magazine

"Science journalist Marc Kaufman's fascinating new book contains previously unseen images from the mission, from the Gale Crater to the control rooms of Houston, and offers a stunning guide to the diversity of the planet." --Daily Mail