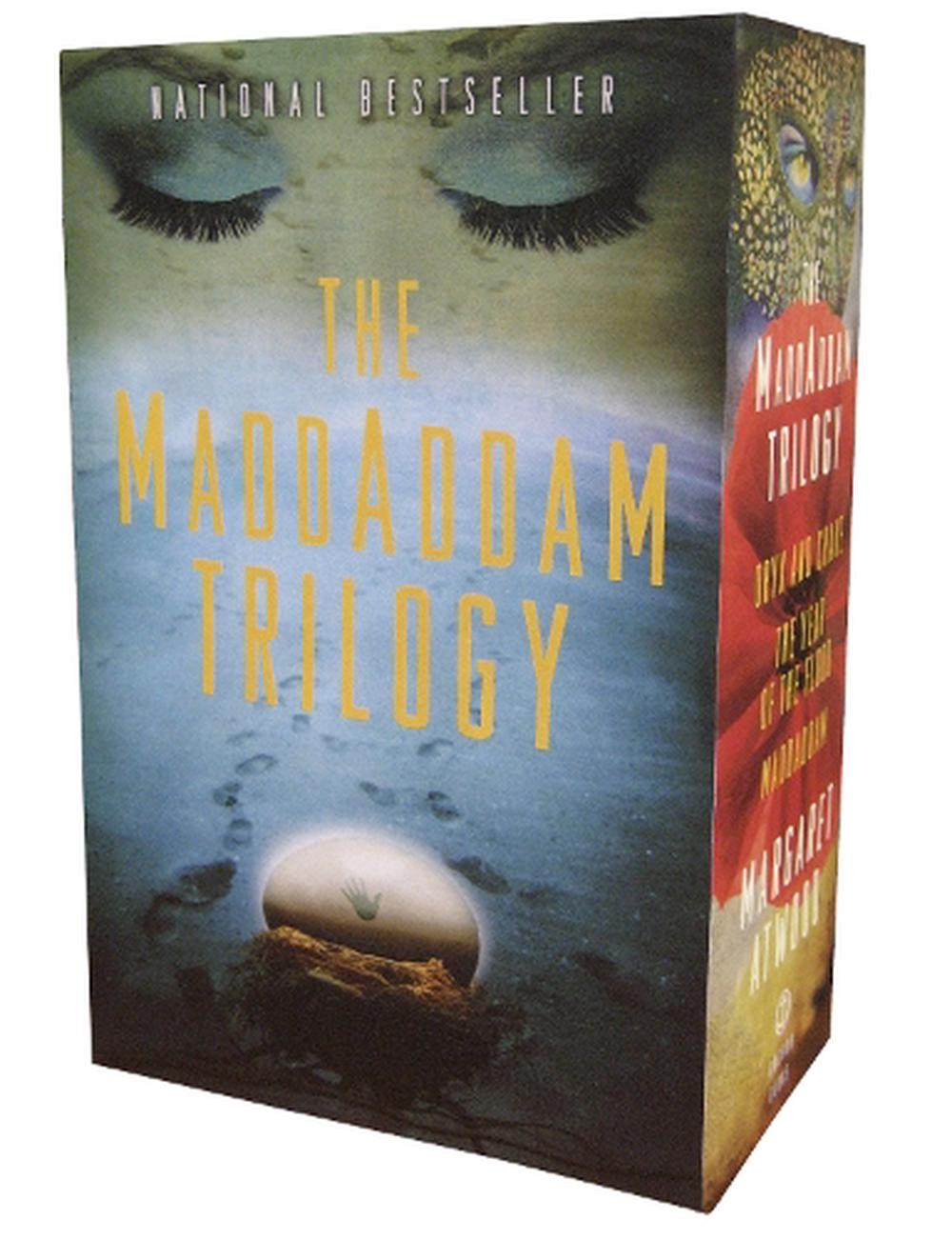 A boxed set (three trade paperbacks) of the internationally celebrated speculative fiction trilogy from one of the most visionary authors of our time, Margaret Atwood. Across three stunning novels-- Oryx and Crake , The Year of the Flood , and Maddaddam --the best-selling, Booker Prize-winning novelist projects us into a near future that is both all too familiar and beyond our imagining. In Oryx and Crake , a man struggles to survive in a world where he may be the last human. In search of answers, he embarks on a journey through the lush wilderness that was so recently a great city, until powerful corporations took mankind on an uncontrolled genetic engineering ride. In The Year of the Flood the long-feared waterless flood has occurred, altering Earth as we know it and obliterating most human life. And in Maddaddam a small group of survivors band together with the Children of Crake: the gentle, bioengineered quasi-human species who will inherit this new earth. Set in a darkly plausible future shaped by plagues, floods, and genetic engineering, these three novels take us from the end of the world to a brave new beginning. Thrilling, moving, and a triumph of imagination, the Maddaddam Trilogy confirms the ultimate endurance of humanity, community, and love.

MARGARET ATWOOD, poet, novelist, critic and winner of the Governor-General's Award, published her first children's story, "Up in the Tree", in 1978.