ISBN: 9781509851461
ANNOTATION:
A powerful family saga set during World War I, from the bestselling author of The Buffer Girls. 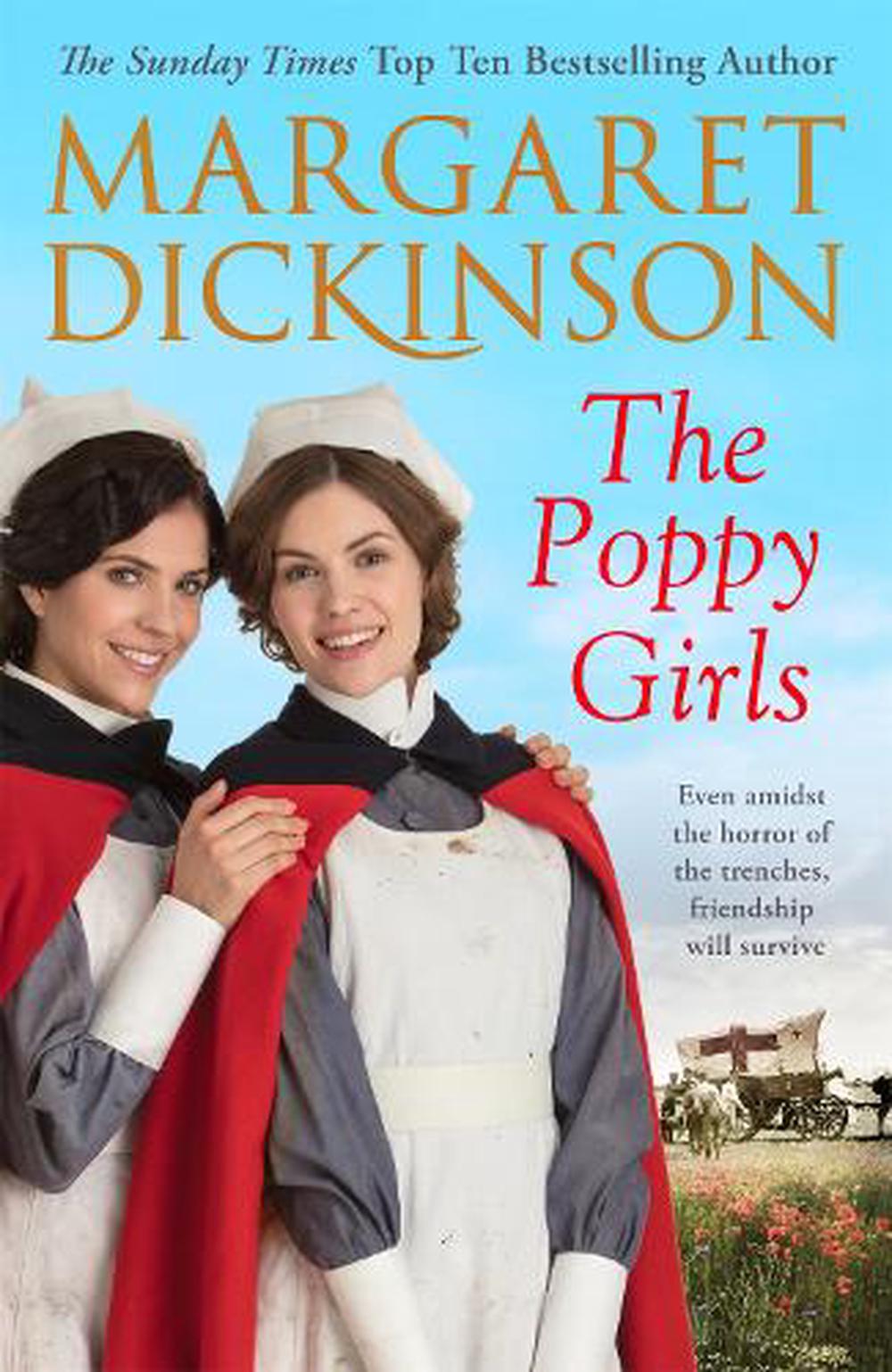 OTHER FORMATS:
ISBN: 9781509851461
ANNOTATION:
A powerful family saga set during World War I, from the bestselling author of The Buffer Girls.

A powerful family saga set during World War I, from the bestselling author of The Buffer Girls.

The Poppy Girls is the first title in The Maitland Trilogy, by bestselling author Margaret Dickinson.

Even amidst the horror of the trenches, friendship will survive

Thwarted in her desire to become a doctor like her brother, Robert, Pips Maitland rebels against her mother's wishes that she settle down and raise children. However, when Robert brings home a friend from medical school, Giles Kendall, it seems perhaps Pips might fall in love with an acceptable suitor after all. But the year is 1914 and the future is uncertain. Hearing that her father's friend, Dr John Hazelwood, is forming a flying ambulance corps to take to the front lines, Pips is determined to become one of its nurses and asks Alice Dawson, her maid, to go with her. Robert and Giles offer their services as doctors, and Alice's brother William joins them as a stretcher bearer.

Nothing could have prepared them for the horrific sights they encounter. Moving their unit close to the fighting to offer first aid as quickly as possible puts them all in constant danger. But even amidst the barrage of shelling and gunfire, the unending stream of injured being brought to their post, the love between Pips and Giles survives and blossoms just like the poppies of Flanders fields.

Born in Gainsborough, Lincolnshire, Margaret Dickinson moved to the coast at the age of seven and so began her love for the sea and the Lincolnshire landscape. Her ambition to be a writer began early and she had her first novel published at the age of twenty-five. This was followed by many further titles including Plough the Furrow, Sow the Seed and Reap the Harvest, which make up her Lincolnshire Fleethaven trilogy. She is also the author of The Buffer Girls, and its sequel, Daughters of Courage. Margaret is a Sunday Times Top Ten bestseller.

An outstanding story of love, courage and family love . . . told by an author who knows how to touch your heart -- Mary Wood Queen of Saga Daily Express