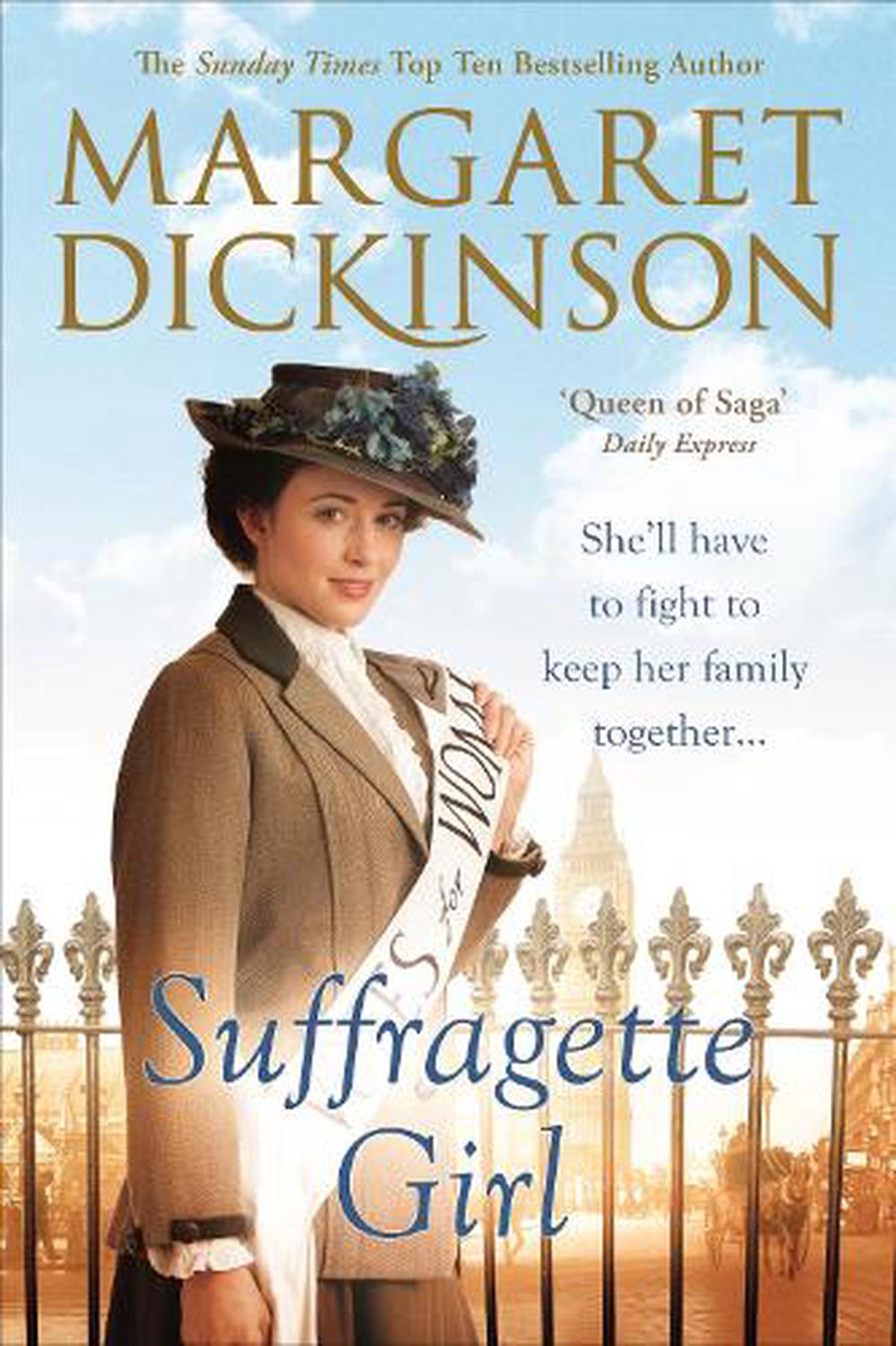 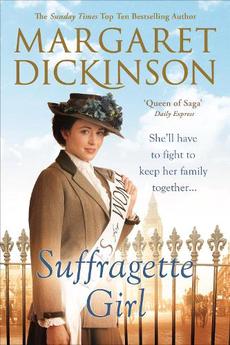 Suffragette Girl is an heart-wrenching tale of love and liberty by the author of The Clippie Girls, Margaret Dickinson.

When Florrie Maltby defies her father by refusing to marry Gervase Richards, she sets off a chain of events that will alter her life. Instead she goes to London and becomes involved with the suffragette movement. She's imprisoned for her militant actions, and goes on hunger strike. With her health deteriorating, there is one person who can save her - Gervase.

After a brief stay in the countryside to recuperate, Florrie returns to London to continue her fight for women's rights. Only the outbreak of the Great War puts a halt to her activities. It is when James, her younger brother, is shamed by their father into volunteering, that Florrie enlists as a nurse and is sent to the Front. Amidst the fear and horror of the hospital close to the trenches, she finds love. But when her beloved brother is accused of desertion, help comes from a very unexpected source.

Born in Gainsborough, Lincolnshire, Margaret Dickinson moved to the coast at the age of seven and so began her love for the sea and the Lincolnshire landscape. Her ambition to be a writer began early and she had her first novel published at the age of twenty-five. This was followed by twenty-five further titles including Plough the Furrow, Sow the Seed and Reap the Harvest, which make up her Lincolnshire Fleethaven trilogy. Many of her novels are set in the heart of her home county but in Tangled Threads and Twisted Strands, the stories include not only Lincolnshire but also the framework knitting and lace industries of Nottingham.