Manufacturing Consent: Noam Chomsky and the Media: The Companion Book to the Award-Winning Film by Peter Wintonick and Mark Achbar 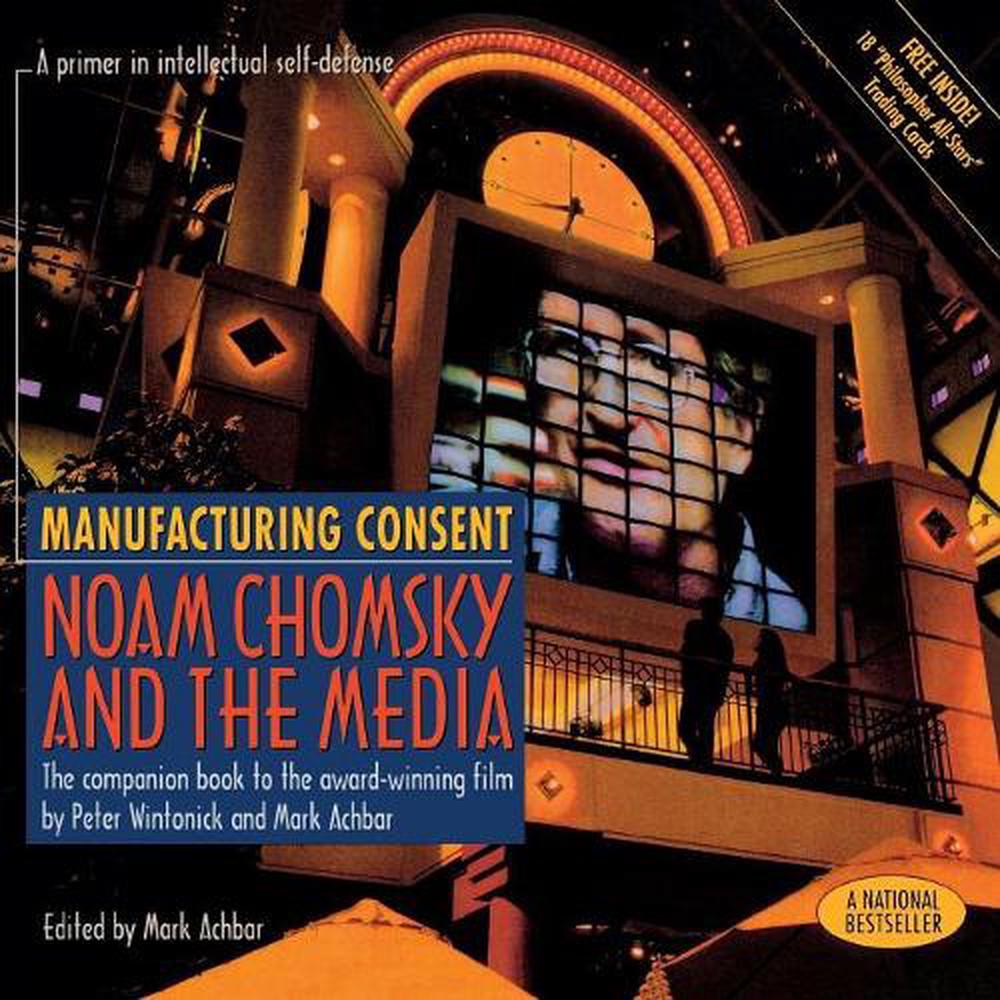 OTHER FORMATS:
PUBLISHED: 28th February 1994
ISBN: 9781551640020
ANNOTATION:
Winner of more than a dozen festival awards, the film has played to packed houses in more than two hundred cities worldwide.

Winner of more than a dozen festival awards, the film has played to packed houses in more than two hundred cities worldwide.

Manufacturing Consent Noam Chomsky and the Media, the companion book to the award-winning film, charts the life of America's most famous dissident, from his boyhood days running his uncle's newsstand in Manhattan to his current role as outspoken social critic. A complete transcript of the film is complemented by key excerpts from the writings, interviews and correspondence. Also included are exchanges between Chomsky and his critics, historical and biographical material, filmmakers' notes, a resource guide, more than 270 stills from the film and 18 "Philosopher All-Stars" Trading Cards Mark Achbar has applied a wide range of creative abilities and technical skills to over 50 films, videos, and books. He has worked as editor, researcher and production coordinator. "A juicily subversive biographical/philosophical documentary bristling and buzzing with ideas."—"Washington Post" "You will see the whole sweep of the most challenging critic in modern political thought."—"Boston Globe" "One of our real geniuses, an excellent introduction."—"Village Voice" "An intellectually challenging crash course in the man's cooly contentious analysis, laying out his thoughts in a package that is clever and accessible."—"Los Angeles Times" Contents: The Man. Early Influences. Vietnam A Turning Point. On His Role. The Media. Thought Control in Democratic Societies. A Propaganda Model. The Gulf "War." A Case Study Cambodia & East Timor. Concision A Structural Constraint. "Sports Rap with Noam Chomsky." A Cabal of Anti-Conspiricists. Media in Media, Pennsylvania. Alternative Media. The Linguist. Basic Premises. Nim Chimsky: Chimpanzee. And the Elusive Connection to his Politics. The Social Order. On Education. Anarchism/Libertarian Socialism. Resistance & Critical Analysis. The Critics (Media-Based). William F. Buckley, Jr. "Firing Line." David Frum Journalist, Washington Post. Jeff Greenfield Producer, "Nightline." Karl E. Meyer Editorial Writer, The New York Times. Peter Worthington Editor, The Ottawa Sun. The Critics (Other Elites). Fritz Bolkestein Former Dutch Minister of Defense. Michel Foucault Philosopher. Yossi Olmert Tel Aviv University. John Silber

Praise for the Film: "An invigorating introduction to one of the least soporific of American minds." - The New York Times "A juicily subversive biographical/philosophical documentary bristling and buzzing with ideas - it may have you groping in vain for the remote control to rewind back to the last thought. [It] is politically and intellectually potent, even infuriating, whether you agree with Chomsky or disagree with him." - The Washington Post "Challenging without being wild-eyed, controversial without stooping to aphorism. What we have here is the unravelling of ideas at a pace neither brisk nor languorous, listen carefully and you can easily follow the thread." - The Globe and Mail "An immensely accomplished, entertaining examination of the man and his ideas." - The Philadelphia Enquirer "A sparky and provocative portrait." - The Guardian "A gem of a biography" - The Sunday Times