ISBN: 9781784742829
ANNOTATION:
Pirates rampage, a princess wins a wrestler's hand, and ghost women with lampreys' teeth drag a man to hell - and in which the members of a shattered family, adrift in a violent world, journey towards a place called home. 'A breathless, delightful, utterly absorbing read' Guardian 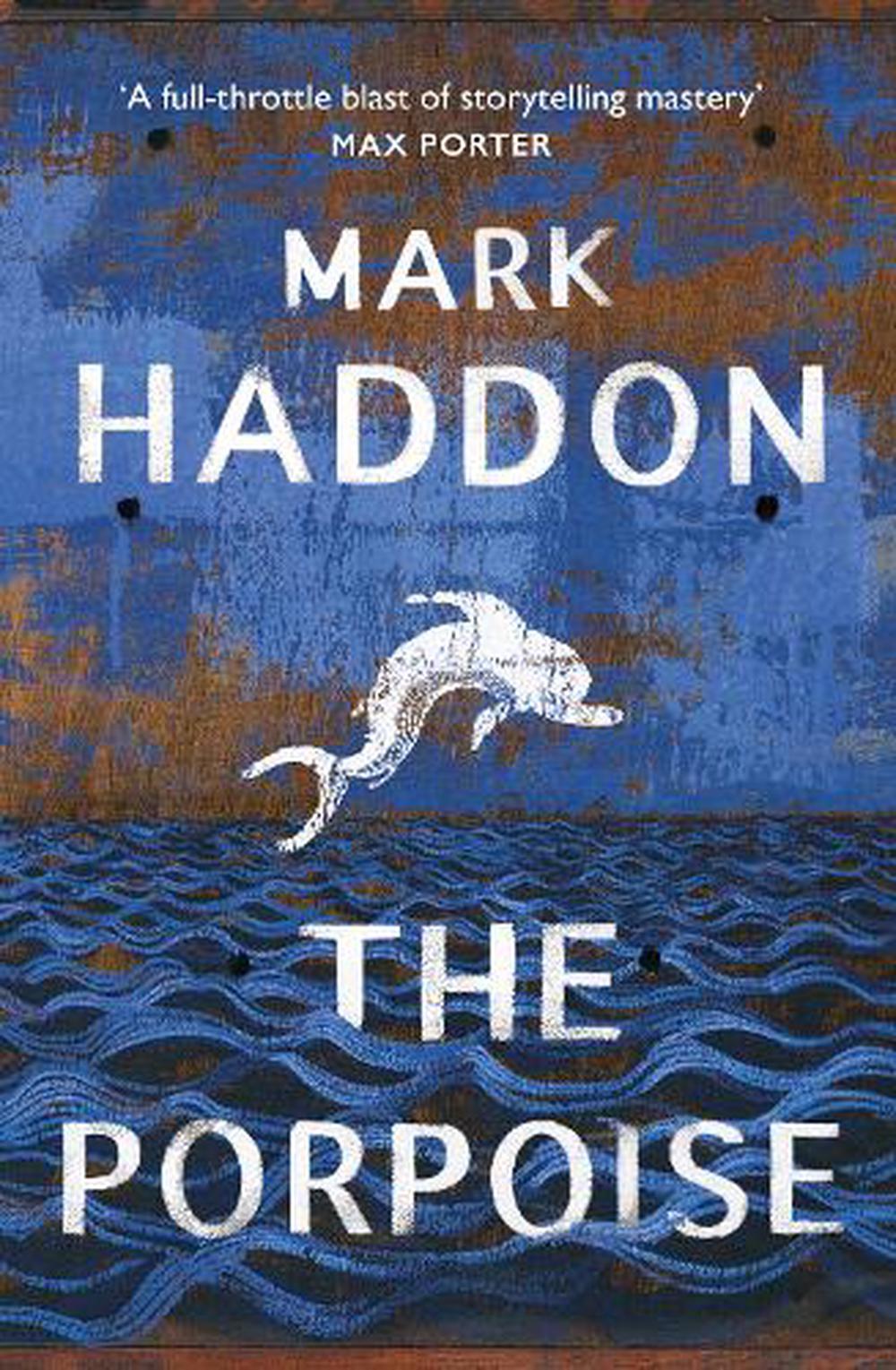 OTHER FORMATS:
ISBN: 9781784742829
ANNOTATION:
Pirates rampage, a princess wins a wrestler's hand, and ghost women with lampreys' teeth drag a man to hell - and in which the members of a shattered family, adrift in a violent world, journey towards a place called home. 'A breathless, delightful, utterly absorbing read' Guardian

Pirates rampage, a princess wins a wrestler's hand, and ghost women with lampreys' teeth drag a man to hell - and in which the members of a shattered family, adrift in a violent world, journey towards a place called home. 'A breathless, delightful, utterly absorbing read' Guardian

A newborn baby is the sole survivor of a terrifying plane crash. She is raised in wealthy isolation by an overprotective father. She knows nothing of the rumours about a beautiful young woman, hidden from the world.

When a suitor visits, he understands far more than he should. Forced to run for his life, he escapes aboard The Porpoise, an assassin on his tail... So begins a wild adventure of a novel, damp with salt spray, blood and tears.

A novel that leaps from the modern era to ancient times; a novel that soars, and sails, and burns long and bright; a novel that almost drowns in grief yet swims ashore.

Pirates rampage, a princess wins a wrestler's hand, and ghost women with lampreys' teeth drag a man to hell - and in which the members of a shattered family, adrift in a violent world, journey towards a place called home.

Mark Haddon is one of our most imaginative storytellers, whose work has been read and enjoyed by millions. In his most recent book, The Pier Falls ('Superbly gripping', Sunday Times), he reworked two mythical legends - Ariadne on Naxos and Gawain and the Green Knight - and turned them into startling contemporary stories. In The Porpoise he takes on the epic tale of Pericles, Prince of Tyre, to stunning dramatic effect.

There is storytelling of such primacy in Mark Haddon's The Porpoise, that when I turned the last page, I was left completely elated. A gorgeous, enlivening experience. It is also one that insistently asks: how? How did all this add up to something so sublime? How, with all its subtle slips, and stunningly weird passages, could this strange, beautiful book feel so finely composed? It is disarmingly wild. And the story itself, in which the myth of Appolonius, remixed as Pericles by Shakespeare and George Wilkins, is again turned inside out, thrown backward and forward, and hurled against oceans (in an act of imaginative heroism by the author), invites us to understand something Haddon always has, which is that even stories as old as this one can remain relevant to our current moment. Especially if they are told with this much originality and conviction -- Guy Gunaratne Goldsmiths Prize A full-throttle blast of storytelling mastery. I read it on the plane in a single sitting at 30,000 feet and enjoyed every second. Gorgeously written and very clever, but also such fun! Ancient and modern overlap and tangle in exhilarating ways, it's like romping through a Literary Netflix: an episode of something historical and bloody, then something slick and contemporary, then something really weird and unnerving. So many pleasures in one book. The Porpoise is a joy to read -- Max Porter Staggeringly ambitious, innovative, beautifully written... The Porpoise has the pace of a really good thriller, but combined with a subtlety and depth that few thrillers possess -- Pat Barker Haddon's glittering tapestry of a novel skilfully redeploys the structures of Pericles' source material... In The Porpoise, Haddon gives voice to a character who, in Shakespeare, receives no more than a passing mention, and in doing so, shows the transcendent power of stories to heal and restore -- Philip Womack Independent Seriously good... a beautiful read you won't forget -- Clara Strunk Evening Standard Summer Reads An enthralling novel that will sweep you up from the off -- Isabelle Broom Woman & Home The Porpoise is lovely, sad, ambitious and admirable... Every age retells, refocuses and interprets the classics. In The Porpoise Mark Haddon has done so in a way that makes us look afresh not only at the story of Pericles but also at storytelling itself -- Simon Baker Literary Review Mark Haddon has written a terrifically exciting novel called The Porpoise ... so riveting that I found myself constantly pining to fall back into its labyrinth of swashbuckling adventure and feminist resistance -- Ron Charles The Washington Post [A] multi-layered, ambitious novel... [with] an immersive, intricate narrative... Elegant, inventive and thought-provoking -- Simon Humphreys Mail on Sunday Daring... extraordinary... Haddon's writing is beautiful, almost hallucinatory at times, and his descriptions so rich and lush and specific that smells and sights and tastes and sounds - foam smashing across a boat's deck; a breakfast of olives and barley bread soaked in wine; a woman trapped alive in a coffin - all but waft and dance off the page... The Porpoise is a provocative and deeply interesting work -- Sarah Lyall New York Times Beautifully written -- Johanna Thomas-Corr The Times Beguiling...ambitious...bold... Haddon's prose is beautiful, and he is utterly in command of his slippery material... An elegant homage to stories' capacity for endless renewal -- Claire Allfree Evening Standard The Porpoise by Mark Haddon is the book I've recommended the most this year because it's the one I had the most fun with. It kept shifting as I read it, changing from action to romance to science-fiction. It's dizzying -- Stuart Turton Observer, Books of the Year [The Porpoise] races across the oceans: it is a book of thrilling, salt-caked adventures that scintillate like sunlight on the surface of the sea. There are plagues and famines and sword fights with not-quite human adversaries. There are desperate escapes and terrible family separations and dramatic recognitions. It is a breathless, delightful, utterly absorbing read The Guardian Told in Haddon's generously telegraphic prose - onparticularly good form here - [...] The Porpoise is a defiantly odd novel, dependent on the fine caul of Haddon's prose to keep together the heavily spiced romantic mixture within... Haunted not just by its direct source but by Ovid and others, the novel exists in a world of old magic, of stories within stories, and webs of allusion that would crumble swiftly if mishandled, but which, here, weave their spell marvellously well -- Tim Smith-Laing Daily Telegraph The Porpoise is terrifically violent, with a bright, innocent ferocity ... Haddon wants to restore agency to the female characters sidelined by the Antiochus legend. This could feel like a condescending attempt to end up on the right of history, but doesn't -- Katy Waldman The New Yorker Compelling, satisfying and moving... Haddon's writing is exquisite, balancing simple storytelling with searing insight -- Paul Connolly Metro The extraordinary force and vividness of Haddon's prose ensure that The Porpoise reads [...] as a continually unfolding demonstration of the transporting power of stories... This is language that knows how to do things: sail a ship, make a gold buckle, negotiate the tides of the Thames. It's a stunningly effective combination of the quotidian and the mythic that pins impossibility to the page -- Justine Jordan Guardian A beautifully rendered retelling...[and] a gripping novel that, despite its rollicking plot, never feels relentless, and is often very affecting indeed -- Jon Day Financial Times Wondrous... a violent, all-action thrill ride shuttling between antiquity and the present... just downright brilliant... a transcendant, transporting experience... A helix, a mirror ball, a literary box of tricks... take your pick: this is a full-spectrum pleasure, mixing metafictional razzmatazz with pulse-racing action and a prose style to die for. I'll be staggered if it's not spoken of whenever prizes are mentioned this year -- Anthony Cummins Observer

Short-listed for The Goldsmiths Prize 2019 (UK)

" Wondrous ... a violent, all-action thrill ride shuttling between antiquity and the present... just downright brilliant ... a transcendant, transporting experience... A helix, a mirror ball, a literary box of tricks... take your pick: this is a full-spectrum pleasure , mixing metafictional razzmatazz with pulse-racing action and a prose style to die for. I'll be staggered if it's not spoken of whenever prizes are mentioned this year"

Old myths are broken, and a new voyage begins -- the major new novel from one of our most imaginative storytellers is about to set sail...