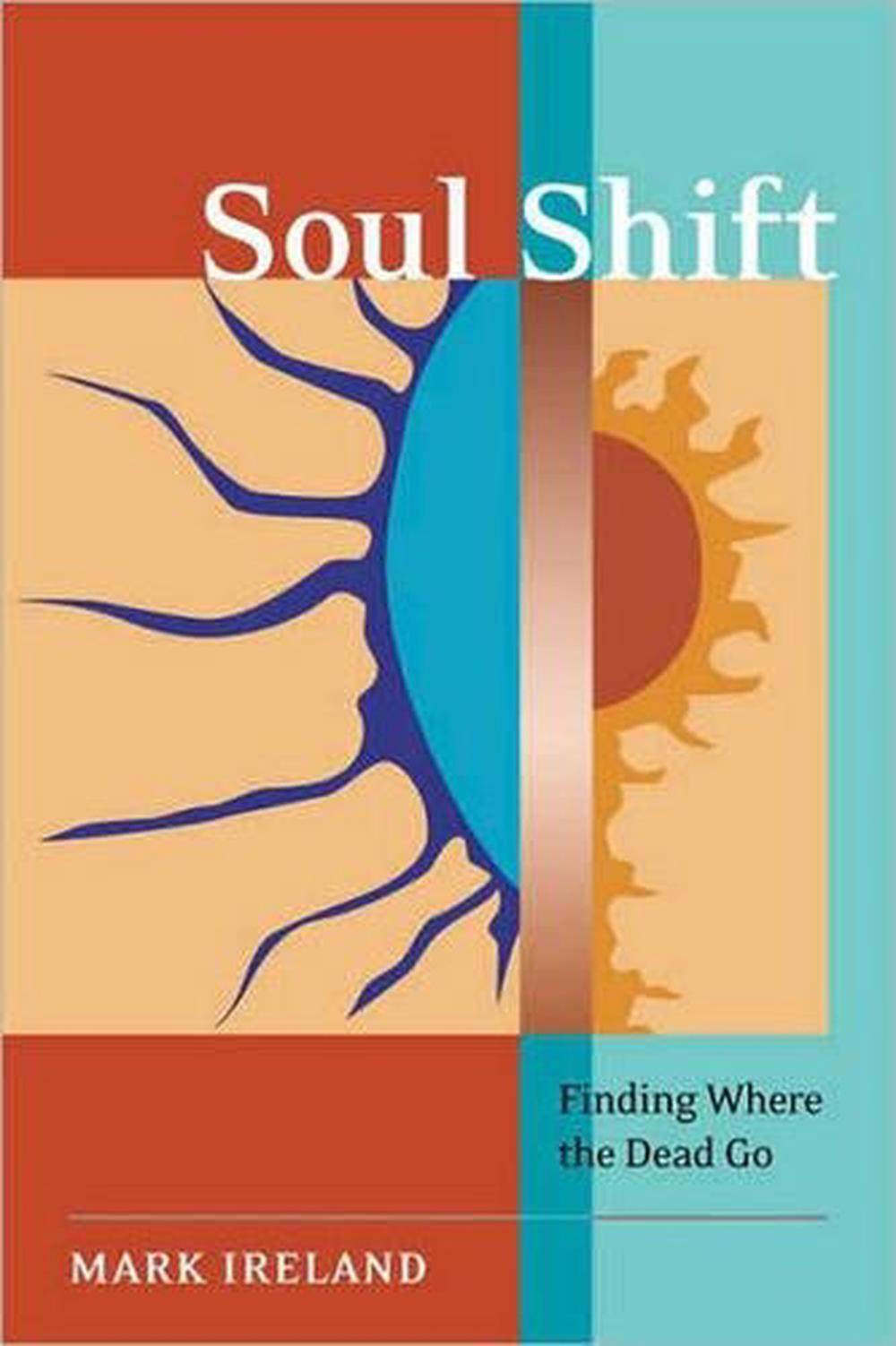 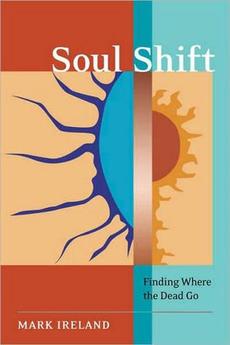 Businessman Mark Ireland's father was Richard Ireland, a deeply spiritual minister and renowned psychic and medium who counted Mae West among his famous clients. While he loved his father, Mark followed a more conventional path in pursuit of mainstream success—until the wrenching death of his youngest son. This unexpected tragedy plunges Mark into the spiritual world of psychics and mediums in a frantic attempt to communicate with the dead. His defenses and pragmatic mindset begin to fade as he remembers premonitions on the day of his son's death. He consults a number of well-known mediums and is struck by the remarkably accurate information their readings provide. Mark first meets with Allison Dubois, the subject of NBC's hit show "Medium," and later participates in a single-blind lab experiment with medium Laurie Campbell, filmed for a Discovery Channel feature. He then enters a new dimension of personal paranormal experience, as his own psychic awareness begins to unfold. This dramatic story of a father's unbearable loss and his discovery of life after death offers hope to the bereaved and compelling evidence that death may not be the end.

Finding Where the Dead Go.

Mark Ireland is presently collaborating with respected scientists on
afterlife research initiatives. A resident of Scottsdale, Arizona, he is finishing his second book on parapsychology and mediumship.

Foreword by Patricia J. Robertson viii Preface xv CHAPTER ONE: The Agent of Change 1 CHAPTER TWO: Things Begin Again 11 CHAPTER THREE: My Life - Then and Now 33 CHAPTER FOUR: The Other Side 55 CHAPTER FIVE: Connecting through Medium Allison Dubois 67 CHAPTER SIX: Reapplying My Family's Spiritual Past 81 CHAPTER SEVEN: The English Connection 99 CHAPTER EIGHT: The Third Time Was A Gem 113 CHAPTER NINE: The Discovery Channel Experiment 133 CHAPTER TEN: The Message - Why Are We Here? 157 CHAPTER ELEVEN: A New Beginning 173 Endnotes 199 About the Author 201

"The death of his youngest son, Brandon, launched Mark Ireland on a fascinating quest to discover if we survive the death of our bodies by communicating with ancestors, persons who have gone before. For more than a century, many types of scientific inquiries have focused on after-death communications, and Mark studied all of them. He possesses the driving curiosity, open mind, and critical scholarship of a true explorer ... [and] his candid, engaging writing style invites the reader to join him on his pursuit of knowledge and understanding of the afterlife."--Donald E. Watson, MD, neuroscientist, psychiatrist, and author of Surviving Your Crises, Reviving Your Dreams "Not only heart-rending, intelligent, and well-written, but also a wonderful inspiration to anyone who has lost someone dear to them." --Tricia J Robertson; Hon Sec, former President, SSPR; DACE Tutor University of Glasgow; Hon Sec Prism"One of my favorites among the author's many insights is his discovery that 'It was time to re-think what it meant to be psychic.... Everyone is psychic.' In my own academic research, I explore the apparent rift in our society between science and spirit. Mark's metaphor of two wolves rings true for me: 'Ours is a world that two wolves try to devour--the first is the wolf of skeptical science and religious fundamentalism (they are the same one). The second is the wolf of our cosmic connection, synchronicity, astral realms, and manifestation by intention. The wolf that dominates our life is the wolf we feed. I needed to feed the right wolf. I needed to lay it on the line from here on in.' I volunteer to help Mark feed the wolf of synchronicity and connection. After you journey with Mark in this adventure through death, I expect you will want to join Mark also."--Berney Williams, PhD, Dean of Graduate Studies, Energy Medicine University, and President of the International Society for the Study of Subtle Energies and Energy Medicine"Mark Ireland is a moving writer who reaches out from the pages of his book and emotionally connects with his readers. He speaks not only from the perspective of a father who suffered the ultimate loss, but also as a man who inherited the ability to reconnect with those who've passed on. This book is a must read for anyone trying to comprehend life after death or wanting to learn how loss can create an even stronger bond between the living and those who live again."--Allison DuBois; Subject of NBC's Medium; Author of Don't Kiss Them Good-Bye, We Are Their Heaven, And Secrets of the Monarch"As a survival of consciousness researcher and explorer, I found Mark Ireland's book, Soul Shift, to be authentic, scientific in its approach, and very healing. I laughed, cried, and pondered the afterlife. Mark Ireland's late father--the remarkable Dr. Richard Ireland, was a man of rare psychic and mediumistic talent. Richard Ireland participated in testing, counseled celebrities like Mae West, and Amanda Blake, and also prominent government leaders. This book is a must read." --Maria Talcott, Founding Member of the John E. Mack Institute in conjunction with John Mack, MD, Cambridge MA"Mark Ireland has done a superb job of bringing the unknown up from the depths of the Anima Mundi to the surface of human consciousness. This book impacted my soul, inspiring me to reach out to people once again. It also made me yearn for home."--Cullen Dorn, author of The Hierophant of 100th Street

FROM CHAPTER ONE: THE AGENT OF CHANGE... At approximately ten-thirty on the morning of January tenth, I became particularly uneasy about my son's plans for the day. [My son] Brandon and his friends intended to embark on a very difficult hike to the summit of the McDowell Mountains. At the time, I sensed that something was going to go very wrong during the hike, even feeling that circumstances could possibly conspire to end Brandon's life. Since my normal tendency was to worry, I dismissed my feelings as those of an anxious parent. Because of my overwhelming sense of apprehension, though, I actually went to the point of asking Brandon to stay home, noting somewhat lamely that it was far too windy for such an expedition. In response, my son looked me and said, "We're going, Dad," as if to convey the message "stop worrying." But also, in retrospect, it had at least one other meaning: "We're going" not only means that a worry-wart father is going to fail in deterring a high-energy teenager, but that the universe is moving toward what is destined to be, and no one is going to stop it. [My wife] Susie was also concerned, primarily because of the magnitude of the hike, but her worry was minimal in comparison to mine. At the time, I did not share the full scope of my misgivings with my wife.I have experienced intuitive feelings on many occasions, yet it has been rare for me to trust them. It's as if my rational mind stifles my inner guidance and I allow reason to override intuition. Anxiety can also take on the voice of intuition and, if one becomes obsessed with every omen or hunch, his or her unconscious mind will exploit the situation in order to install its neuroses. So, one must also be careful not to fall prey to superstition. With that said, my intuition has proven correct in the past so I should probably take more chances with it.By now I have come to realize that on occasions when my intuition is activated, focused upon a specific issue, I feel a sense of certainty or knowledge about the matter without any external means of having gained this information. The sense is similar to a memory, although these feelings involve things that have not yet occurred or that have taken place without my previous knowledge. In the case of Brandon's hike, the feeling was extraordinarily strong. While sitting at my computer I was overcome with what I could only describe as a wave of energy. It felt as if another presence were around me. Along with this feeling came a sense of extreme urgency surrounding an impending risk to Brandon. Again, I dismissed this as imagined worry.So, despite my premonitions and warnings, Brandon and his friends began their trek toward the McDowell Mountains. On that particular day, ominously strong winds pushed pollutants from the Greater Phoenix Valley toward the mountains where Brandon was hiking. The impure air made the vigorous climb all the more stressful, and Brandon began feeling poor. Stuart Garney, his best friend, told me that Brandon rested in an effort to regain his strength. He also used his prescription inhaler in a desperate attempt to alleviate his deteriorating condition, even though asthma did not seem to be the culprit. Frankly, the boys didn't know what was wrong because Brandon's symptoms were so unusual, including dizziness, numb limbs, and an irregular heartbeat. Unfortunately, the rest break and inhaler proved ineffective, and Brandon's condition grew progressively worse....