Pilgrimage: My Search for the Real Pope Francis

ISBN: 9780812998023
ANNOTATION:
In a down-to-earth and deeply intimate portrait of Pope Francis, children s advocate Mark K. Shriver embarks upon a personal quest to understand the Pope s humble origins as a Jesuit priest in Argentina and his emergence as a transformative world leader an extraordinary figure who has renewed the author s own faith in the Catholic Church." 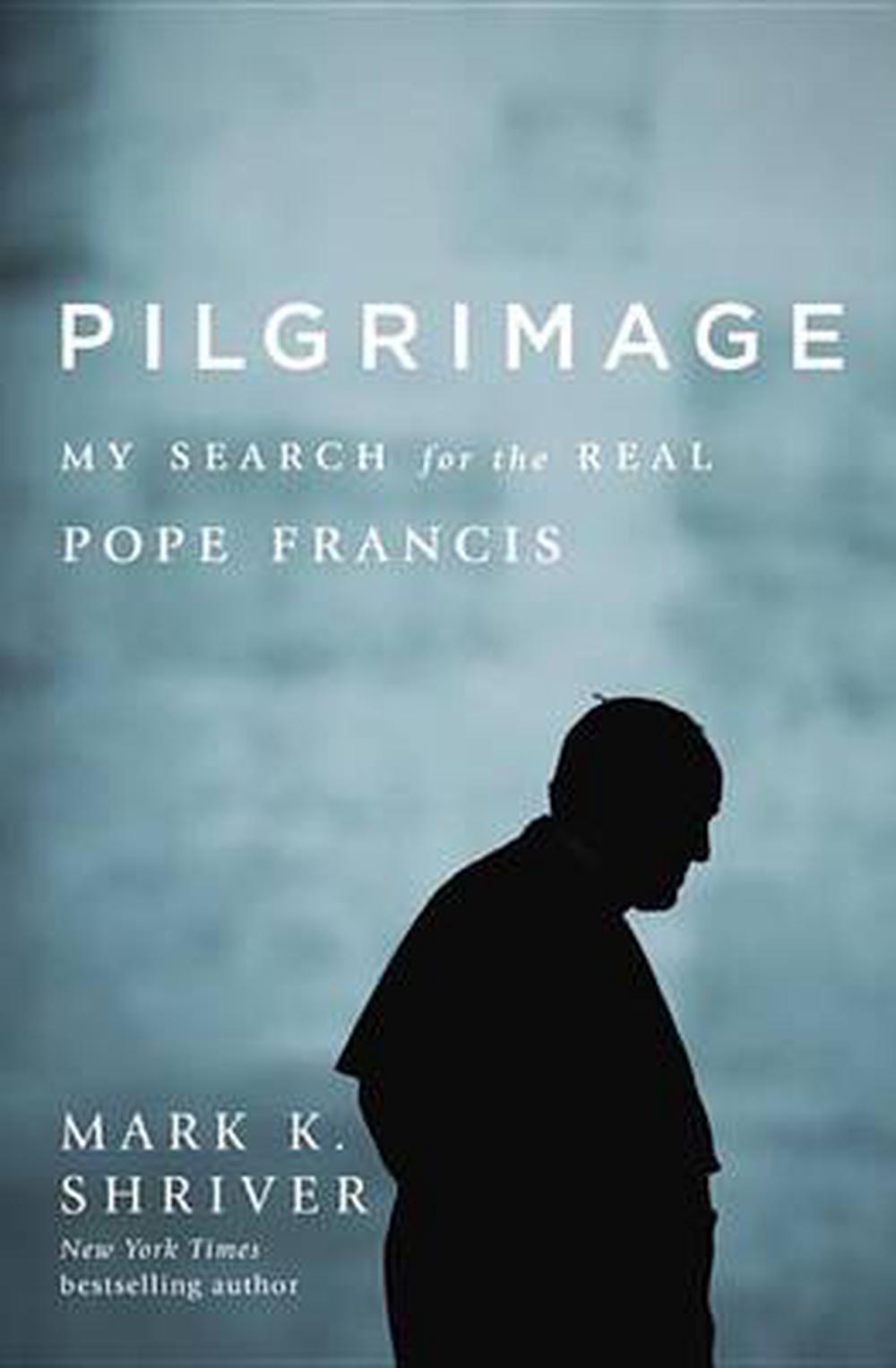 OTHER FORMATS:
ISBN: 9780812998023
ANNOTATION:
In a down-to-earth and deeply intimate portrait of Pope Francis, children s advocate Mark K. Shriver embarks upon a personal quest to understand the Pope s humble origins as a Jesuit priest in Argentina and his emergence as a transformative world leader an extraordinary figure who has renewed the author s own faith in the Catholic Church."

In a down-to-earth and deeply intimate portrait of Pope Francis, children s advocate Mark K. Shriver embarks upon a personal quest to understand the Pope s humble origins as a Jesuit priest in Argentina and his emergence as a transformative world leader an extraordinary figure who has renewed the author s own faith in the Catholic Church."

When Jorge Mario Bergoglio became Pope Francis on March 13, 2013, Mark Shriver found himself fascinated with this humble, charismatic, and authentic leader. What led this Argentine to become a priest? What struggles had shaped him? And what could his past tell us about his plans for the future of the Catholic Church?

Mark Shriver was brought up as a Catholic-both his father, Sargent Shriver, and his mother, Eunice Kennedy, were faithful Catholics-but he had long since grown disillusioned with the Church. Watching Pope Francis, though, Shriver was intrigued. Would this pope put the Catholic Church on a new path? What would that mean for Catholics around the world?

Sparked by a renewed sense of faith (as well as personal curiosity), Shriver traveled to Buenos Aires, where Bergoglio was born, to meet with the men and women who remembered him as a child, as a young man and Jesuit priest, and later as a Bishop. Shriver visits the confessional where Bergoglio first felt called to religion and a faith-based life hears about Bergoglio's early job as a clerk at a hosiery factory learns about the female biochemist-who co-founded the Mothers of the Plaza del Mayo before she was tragically "disappeared"-whom he credits with shaping his work ethic and spirit of dedication visits Bergoglio's first, incredibly humble parish- a church that was a converted vegetable shed deep in the barrios-or slums-of Buenos Aires speaks with the men and women who still remember Bergoglio with great fondness.

MARK K. SHRIVER leads Save the Children's U.S. Programs, which works to ensure a fair start for all kids in the United States, including the one in five living in poverty. Mark Shriver was a member of the Maryland House of Delegates from 1994 to 2002. He was the first Chair of the Joint Committee on Children, Youth and Families, and was appointed Chair of the Children and Youth Subcommittee of Maryland's House Ways and Means Committee. Shriver has been widely covered and published in the national media, including The New York Times, The Washington Post, The Huffington Post, The Washington Times, Newsweek, NPR, CNN, The Today Show, Fox News, ABC News and Time. Shriver received his B.A. from The College of the Holy Cross in 1986 and a Masters in Public Administration from Harvard University in 1993. In 1994, he received an honorary degree from Loyola College in Baltimore, MD for his work on The Choice Program. Shriver resides in Bethesda, MD with his wife Jeanne and their three young children, Molly, Tommy and Emma.

"Well-researched . . . Pilgrimage shines a light on [Pope Francis's] unexplored aspects. . . . A very timely and important addition to the literature on the life and person and thinking of Pope Francis. Everybody interested in Pope Francis will enjoy reading this biography."--The Washington BookReview "Apt to stir the soul of readers . . . While this is a rich telling of Bergoglio's life and ascension to the papacy, it is more movingly a spiritual memoir that draws us deep into a knowing of this at once humble and soul-stirring rekindler of faith."--Chicago Tribune

"A fascinating portrait of a man and a nourishing account of spiritual yearning."--Booklist

"This book will especially appeal to those who want to learn more about Francis's origins. . . . While many good books have been written about Pope Francis . . . Shriver's conversations with many of the people who knew Jorge Bergoglio in Argentina and were willing to relate personal details about their relationship with him set this book apart."--Library Journal (starred review)

"This fast-paced and fascinating tale takes us on Jorge Mario Bergoglio's pilgrimage from his grandmother's knee in the Italian-Argentine community, through years of success and sorrow in the tumultuous country that he loved, to his surprise election as Pope Francis. Mark K. Shriver finds himself on his own pilgrimage as he comes to understand the role of the Society of Jesus--the Jesuits--in shaping the charismatic pontiff. Then, with smart subtlety, Shriver shows how the fundamental fact of faith makes pilgrims of us all."--Cokie Roberts, New York Times bestselling author of Capital Dames: The Civil War and the Women of Washington, 1848-1868

"Pilgrimage provides a new and important perspective on Pope Francis, garnered from extensive interviews with the people who have been closest to the Holy Father throughout the course of his life. All people of good faith, including those whose lives are not guided by religious beliefs, will be inspired and enlightened by the compelling manner in which Pilgrimage brings us closer to the heart and mind of Jorge Mario Bergoglio, Pope Francis. I highly recommend this book; it will make a difference in your life."--Cardinal Se n O'Malley, OFM Cap.

"One American's quest to grasp the essence of what makes Pope Francis tick becomes a compelling journey into new depths within the author's soul. In Argentina, Shriver meets all the right people, and as they open up to him, Francis gradually shifts into focus. Funny, wise, insightful, and skillfully penned, Pilgrimage deserves to be ranked among the best books on the greatest leader of our age. I really enjoyed it."--Austen Ivereigh, author of The Great Reformer: Francis and the Making of a Radical Pope

"This is a book for the man in the street who wants to know, 'Who is this pope? Where did he come from?' And who wants to learn this not from a theologian writing for other theologians, but in everyday language from an everyday point of view. Moved by his own burning curiosity, Mark K. Shriver travels to Argentina, Rome, and elsewhere to talk with the pope's family, former students, parishioners, and longtime associates. This book lets you travel with him."--Michael Novak, author of The Open Church and Writing from Left to Right