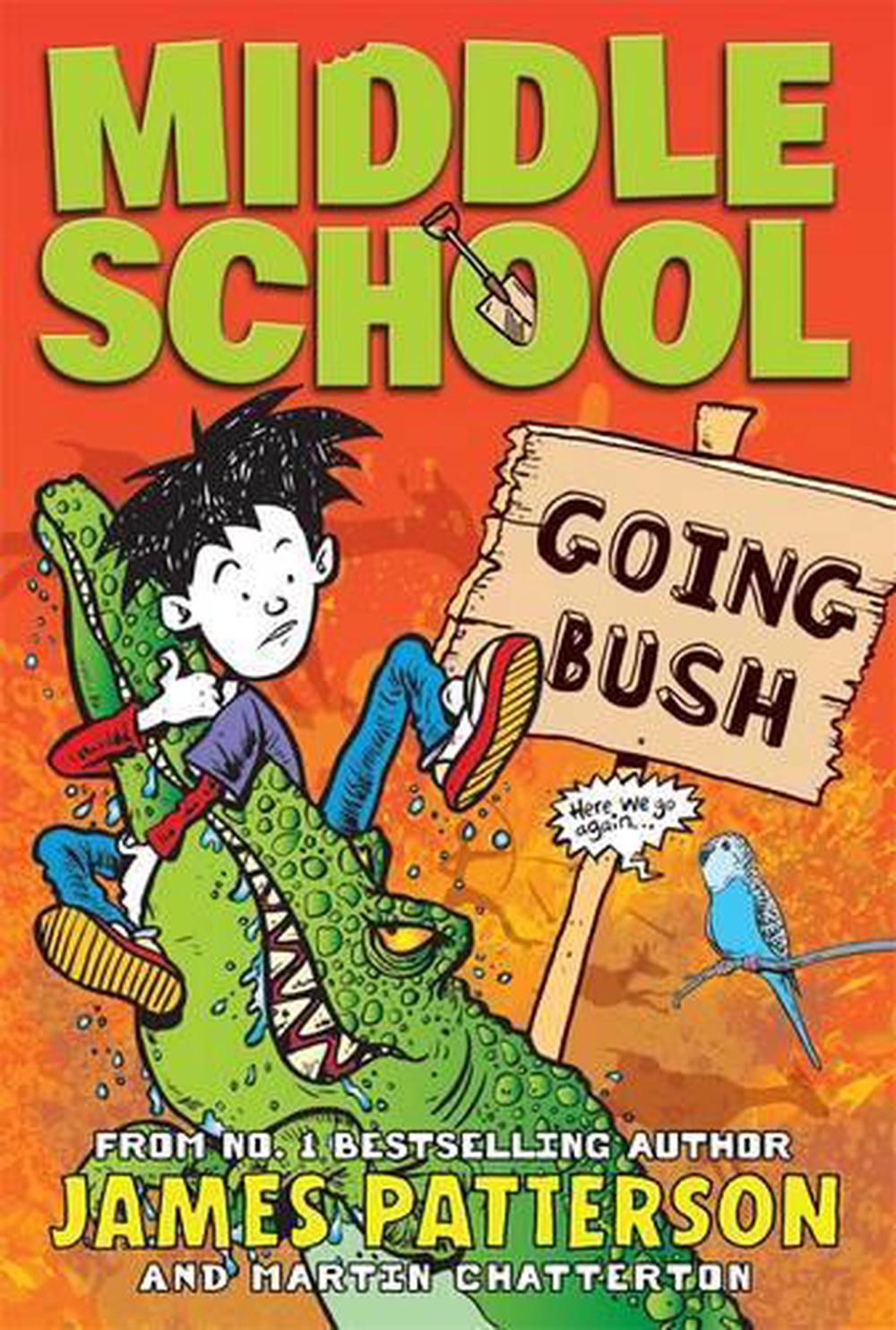 Rafe's been to the beach and now he's headed to the bush u watch out Australia! It's fair to say that Rafe's recent trip Down Under could not easily be called a success- in Australia he and his Mom were forced to flee a pack of bloodthirsty zombies after the performance piece' by Rafe and The Outsiders traumatised Shark Bay (aka Australia's Bravest Town'). Yet, when Rafe receives an offer to attend an all-expenses paid Cultural Campout' in the Northern Territory, Australia, he takes precisely six seconds to say yes'. What happens next is full-throttle outback adventure in which Rafe will have to draw on every bit of his new-found Man of Experience' persona to make it out alive.

Martin Chatterton (Author) Martin Chatterton was born in Liverpool, England, and has been successfully writing and illustrating books for over thirty years. He has written dozens of books for children and illustrated many more, collaborating with a number of illustrious authors along the way, including multiple British Children's Laureates. His work has been published in fourteen languages and has won or been shortlisted for numerous awards in Australia, the US and the UK. As Ed Chatterton, Martin writes crime fiction, screenplays and historical fiction and several of his books are in development with various TV and film producers. Martin is also well known as a children's performer and tours globally. When he's not writing and illustrating, Martin is an in-demand public performer, touring schools and festivals around the world. In 2017 Martin gained his PhD and is currently working on two projects related to his doctorate. After a period spent living in the US, he now divides his time between Australia and the UK.

James Patterson (Author) JAMES PATTERSON is one of the best-known and biggest-selling writers of all time. His books have sold in excess of 375 million copies worldwide. He is the author of some of the most popular series of the past two decades - the Alex Cross, Women's Murder Club, Detective Michael Bennett and Private novels - and he has written many other number one bestsellers including romance novels and stand-alone thrillers.

James is passionate about encouraging children to read. Inspired by his own son who was a reluctant reader, he also writes a range of books for young readers, including the Middle School, I Funny, Treasure Hunters, House of Robots, Confessions, and Maximum Ride series. James has donated millions in grants to independent bookshops and has been the most borrowed author of adult fiction in UK libraries for the past eleven years in a row. He lives in Florida with his wife and son.

Rafe's been to the beach and now he's headed to the bush - watch out Australia!