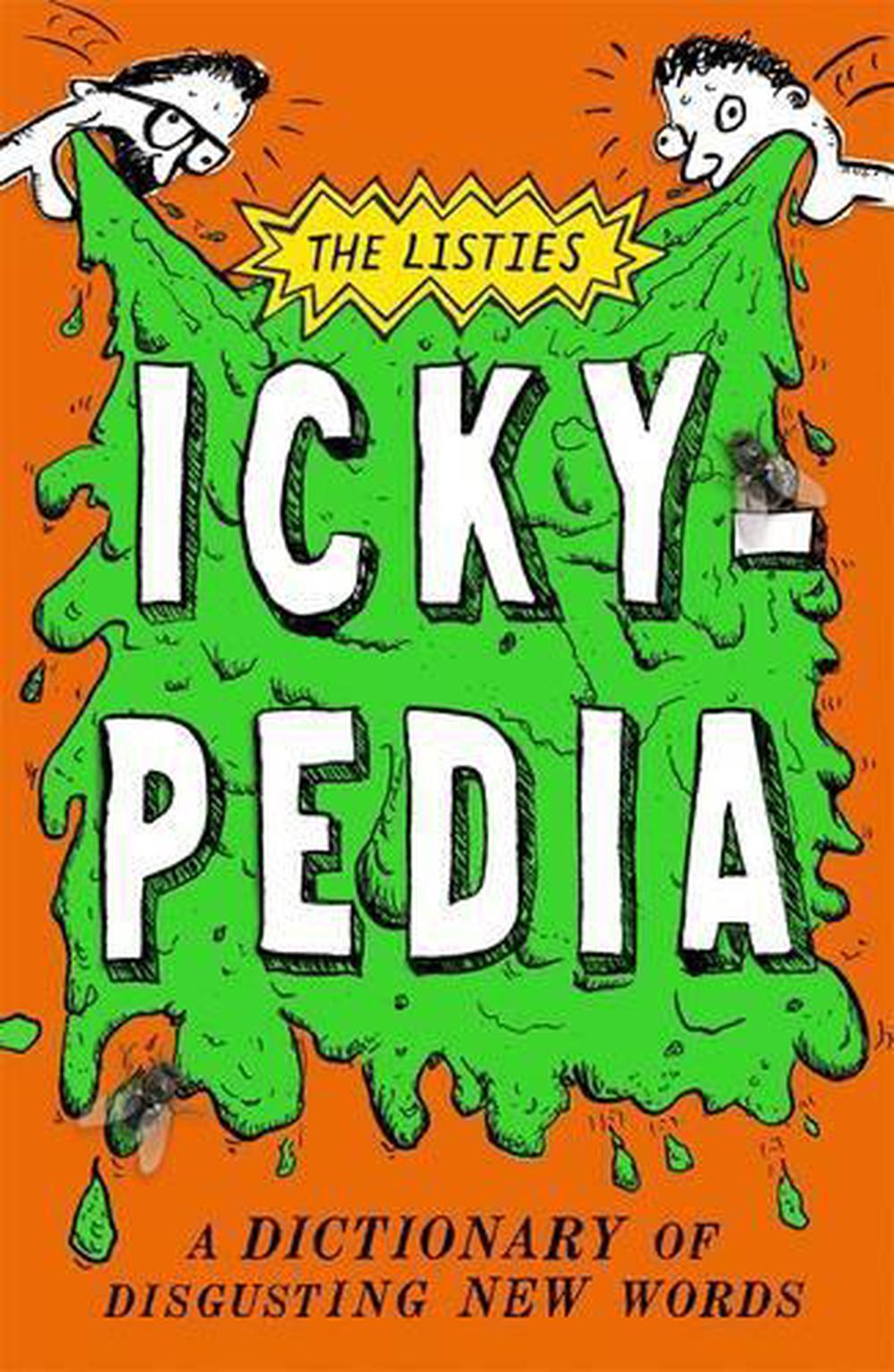 From ALPHABURP to ZINKLEGRITTING, the ICKYPEDIA has some of the most ridiculous, stupid and GROSSTASTIC words you've never heard. FRUIN To ruin a perfectly unhealthy snack by adding fruit to it. SPEWTIFUL A beautiful spew. See also POOTIFUL. UDDER PANTS Undies for cows. ICKYPEDIA A disgusting book you should never, ever read. 'It's full of snot, vomit and jokes about flatulence. Children will hate it.' Roald Dull* 'This is the worst dictionary ever published.' A teacher 'You will actually get stupider by reading this book.' A scientist. 'Delicious!' A donkey. 'The best book ever written!' The Listies, who wrote it. To burp the alphabet. *Freaking people out by rubbing tinfoil on your teeth. Fantastically gross. **** The world's most boring children's author (not be confused with Roald Dahl).

Richard Higgins is one half of the Melbourne based comedic duo The Listies. Together with Matt Kelly, the duo make and perform comedy for kids and adults. Originally meeting each other during theatre class at uni, they enjoyed performing together so much they decided to make it official. Their show for kids called More Fun than a Wii was the first show for kids nominated for the best show award at the Melbourne International Comedy Festival in 2010, and went on to tour nationally and internationally, receiving rave 5 star reviews at the Edinburgh Fringe. Ickypedia, an encyclopedia of sorts filled with wit and humour for children with illustrations from Higgins will be the duo's first book.