Metallica: Back to the Front: A Fully Authorized Visual History of the Master of Puppets Album and Tour 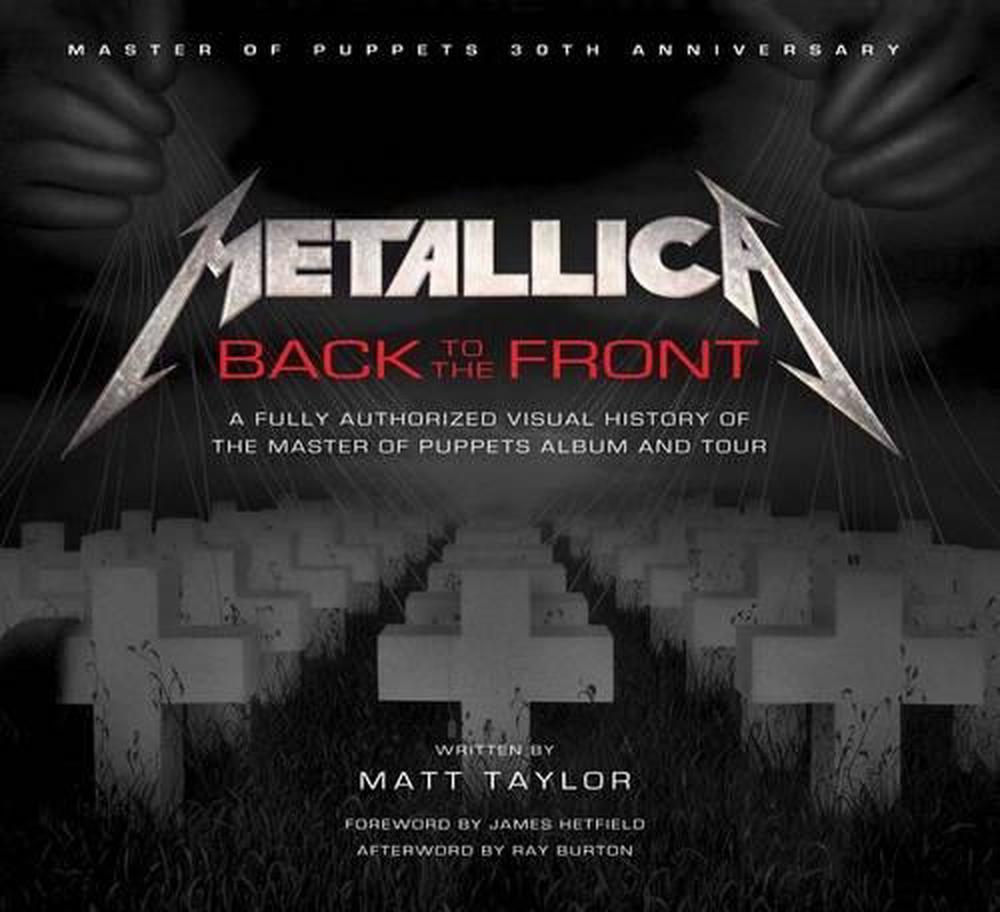 Metallica: Back to the Front tells the amazing, fully authorized story of the band's seminal Master of Puppets album and tour.

Released on March 3, 1986, Metallica's Master of Puppets album became an instant classic and announced the band as the most electrifying new voice in rock. Thirty years later, this six-time platinum album is considered to be the high-water mark of Metallica's incredible career, with songs like "Battery," "Welcome Home (Sanitarium)," and the title track, "Master of Puppets," still a staple of their sell-out live shows. Sadly, this hugely successful period for Metallica was marred by a tragedy that shook the band to its foundation: the death of bassist Cliff Burton in a tour bus accident on September 27, 1986.

For the first time, Metallica: Back to the Front tells the fully authorized story of the creation of the Master of Puppets album and the subsequent tour. Featuring new and exclusive interviews with band members James Hetfield, Lars Ulrich, and Kirk Hammett, this is the definitive account of the most venerated period of Metallica's history, from the incredible highs of touring in support of Ozzy Osbourne to the lows of losing a key member of the band and crucial part of the Metallica sound. Metallica: Back to the Front will also feature interviews with other important figures in the band's history, including managers Cliff Burnstein and Peter Mensch, Faith No More guitarist Jim Martin, Anthrax band members Scott Ian and Charlie Benante, and many, many more.

Filled with hundreds of never-before-seen images from the band's personal archives, this deluxe volume will combine an in-depth narrative with stunning visuals, taking fans further into this defining period of the band's career than ever before. Released to coincide with the thirtieth anniversary of the Master of Puppets album and tour, Metallica: Back to the Front is created with the full cooperation and support of the band. The result is a treasure trove of stories, anecdotes, and never-before-seen photographs that legions of Metallica fans will cherish for generations to come.

Matt Taylor is author of the critically acclaimed Jaws: Memories from Martha's Vineyard. He lives in Massachusetts.

Ray Burton is the father of Cliff Burton, the legendary Metallica bassist who died during the band's Master of Puppets tour. He lives in California.

James Hetfield is the lead vocalist, rhythm guitarist, and co-song writer for the the multi-Grammy award winning band Metallica. He lives in California.

"As Ulrich reveals, the book features photos, original art, ideas for lyrics, and interviews with the band, producer Flemming Rasmussen and fans. Though the book is actually 276 pages-not 9,000, as Ulrich says-it's packed with information vital to fans who have a deep appreciation for the album and Metallica."